San Miguel de Asile was a Spanish Franciscan mission located near present-day Lamont that, as some historians and archaeologists estimate, took place from around 1628 to 1656. The mission site was part of Spain’s attempts to colonize the region and convert the Timucuan and Apalachee peoples to Christianity. Although there were many other Spanish missions between 1595 and 1700, San Miguel is renowned for its vast archaeological findings, which led to its listing on the National Register of Historic Places in 1974. Perhaps most controversial aspect of the site is the demise of the Timucuan population, whereas nearly 98 percent of the population was wiped out due to diseases brought and spread by the European missionaries and explorers. The archaeological site of San Miguel de Asile was first discovered by B. Calvin Jones between 1968 and 1972. However, contradictory evidence uncovered by Alissa Slade shows that the site wasn’t the San Miguel de Asile mission, but instead the San Lorenzo de Ivitachuco site, a primarily Apalachee mission. Nonetheless, the discoveries at this site point toward the history of Spanish missions and their attempts to bring Christianity to the La Florida region. The mission site lasted until the early 18th century, estimated around 1704, when it is thought that Creek tribes and English soldiers destroyed the site. 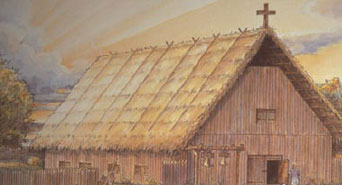 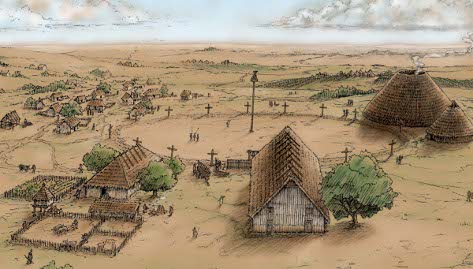 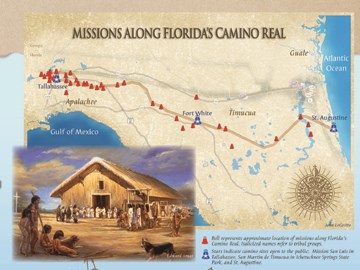 Following the Spanish Discovery of the New World in 1492 by Christopher Columbus, the Spanish Catholic Church desired to convert aboriginal peoples to Christianity. The first Spanish missions attempted in Florida occurred between 1526 and 1565, comprised of four highly unsuccessful missions that were all abandoned within an 18-month span.

The First Mission Era Period, from 1566 to 1587, included 13 equally unsuccessful missions. These early missions were mostly led by Jesuit missionaries, while the first Franciscan missions began in 1573. It wasn’t until the Third Mission Era Period (1616 to 1655) and the Fourth Mission Era Period (1656 to 1702) that Spanish missions truly began to take root, mirrored by greater exploration and colonization of the area.

Toward the northern panhandle of Florida, east of the Aucilla River, the native peoples speaking the Timucua language occupied most of the area, comprised of 25 to 30 (or more) chiefdoms, at least 510 villages, and approximately 200,000 people. By the time the Spanish attempted to convert the Timucuan peoples to Christianity in earnest, beginning in 1595, the population had dropped to near 50,000 due to epidemic diseases introduced by the Europeans.

By 1700, toward the end of the San Miguel de Asile mission, this population dropped to a mere 1,000 people. In 1717, after the demise of Spanish colonization, a census listed three villages housing 250 Timucuan Native Americans. When Spain finally withdrew from Florida in the 1760s, there was only one Timucuan alive to accompany the Spaniards to Cuba.1

Between 1968 and 1972, State of Florida archaeologist B. Calvin Jones discovered and investigated site 8JE106, and based on his research, he concluded that the site was the location of the San Miguel de Asile mission. Located immediately west of the Aucilla River, it formed a part of the chain of missions that stretched from St. Augustine deep into the panhandle of Florida.

Research by Alissa Slade casts doubt on the site. According to archives, San Miguel de Asile was a Tumucuan mission. Since the Aucilla River was known to be the traditional dividing line between the Tumucuan and Apalachee peoples, with the Apalachee living west of the river, Slade suggests that site 8JE106 was not San Miguel de Asile, but instead the Apalachee mission of San Lorenzo de Ivitachuco.2

This site is located on private property