Completed in 1839, the Old Governor's Mansion is one of the finest examples of High Greek Revival architecture in the nation. Designed by noted architect Charles Clusky, an Irish immigrant and built by Timothy Porter of Farmington, Connecticut, the Mansion looms over Milledgeville with its stately columnns and imposing facade. Serving as the residence for Georgia's chief executives for over thirty years, the Mansion's history encompasses the antebellum, Civil War, and early Reconstruction phases of the state's history. Such noted state leaders as George Crawford, Howell Cobb and Joseph E. Brown resided in the building and used it as a stage for speeches and also to introduce guests of national standing. The Old Governor’s Mansion was designated a National Historic Landmark in 1973 and is an accredited museum of the American Alliance of Museums. In 2015, the Old Governor's Mansion was named an affiliate of the Smithsonian Institution.

Exterior view of the mansion 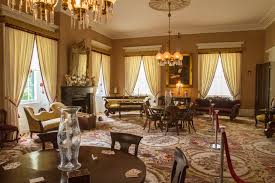 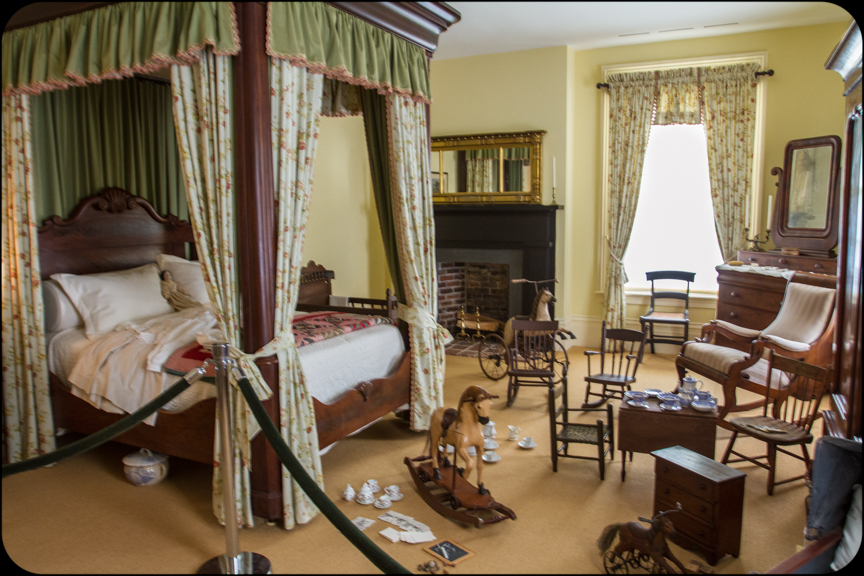 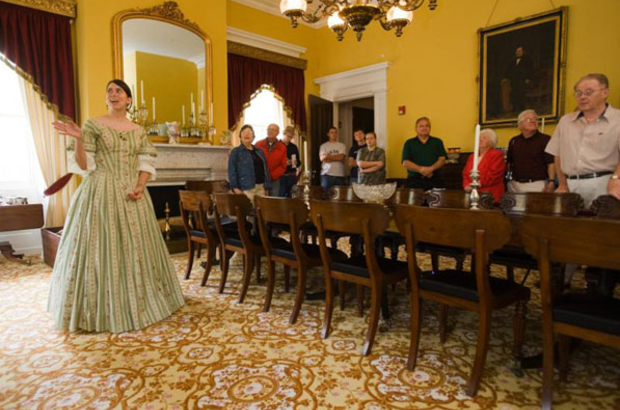 Another room in the mansion 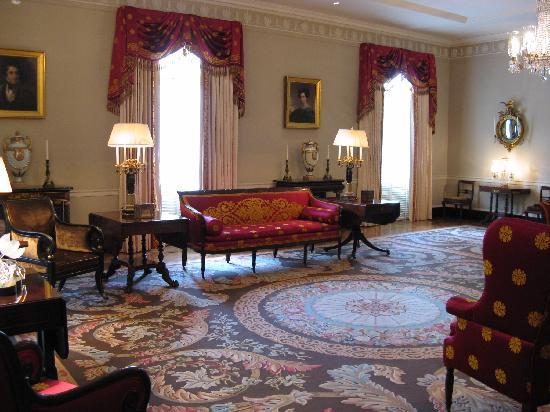 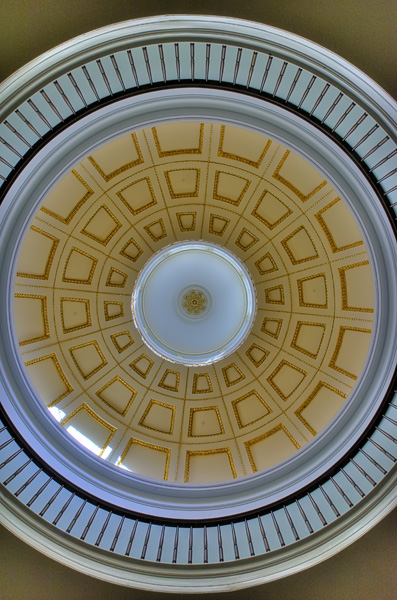 The Old Governor’s Mansion also served as a stage on which many elements of the complex social issues of the antebellum period were played out. Slavery and the complexity of society and gender roles are among the issues that shape the history of the building and are explored in tandem with the issues of politics.

During the Civil War, the Mansion was claimed as a "prize" in the "March to the Sea," when General William T. Sherman headquartered in the building on November 23, 1864. Following the war, Georgia's seat of government was relocated to Atlanta, and the Mansion was abandoned. Given over to Georgia Normal & Industrial College (currently known as Georgia College) in 1889, the Mansion served as the founding building of the institution and is the campus's most treasured structure.

Beginning in the late 1990s, an initiative was begun to return the Mansion to its antebellum splendor. Following five years of intensive historical, structural, and material research, the Old Governor's Mansion began its long-awaited historic restoration in November of 2001. Funded through the Georgia General Assembly and a generous grant from the Woodruff Foundation, over three years of painstaking work has restored the original layout, colorations, lighting, and appearance of the building. The Old Governor's Mansion now serves as a historic house museum whose mission is to care for, collect, interpret and exhibit items (including artifacts, structures, and gardens) that illustrate the history of the site and its inhabitants during the years the Mansion was the official residence of Georgia’s governors (1839-1868) in order to make these objects available to the public for educational benefit. Tours focus on the history of the building, its occupants both free and enslaved, and the myriad complexities of Antebellum society in Georgia and its history.

The Old Governor’s Mansion was designated a National Historic Landmark in 1973 and is an accredited museum of the American Alliance of Museums. In 2015, the Old Governor's Mansion was named an affiliate of the Smithsonian Institution.

All tours of the mansion are given on a first come first serve basis, and groups wishing to experience rewarding tours cannot exceed forty people. Each group of twenty or more will be divided after the orientation session of the tour. Groups are divided in order for everyone to see and hear everything the tour guides say and do. Tours are given every hour and last for fifty minutes. The Museum encourages those who visit to reinforce their learning experience with the study guide and pre and post-tour activities, which are offered on their website.