The Nauvoo Temple today is actually the second one constructed on this site. The original was completed in 1846, but the building as well as the city of Nauvoo, established by the LDS church from 1839-1846, was abandoned, by force, after the murder of the church's founder, Joseph Smith, Jr. and his brother Hyrum, June 27, 1846. After being forced out by mobs and the state of Illinois the winter of 1846-47, the LDS members saw their temple and most parts of the town destroyed. In 2002, the second temple, built just like the first one, was completed and dedicated with great fanfare and praise by the church as a whole. The temple is the center of historic Nauvoo, which was rebuilt by the LDS church and a break-off, the Community of Christ, though the LDS church now owns all parts of historic Nauvoo. A Visitors Center (located on Main Street) is available for the public, as well as tours of Historic Nauvoo.

Depiction of the destruction of original temple 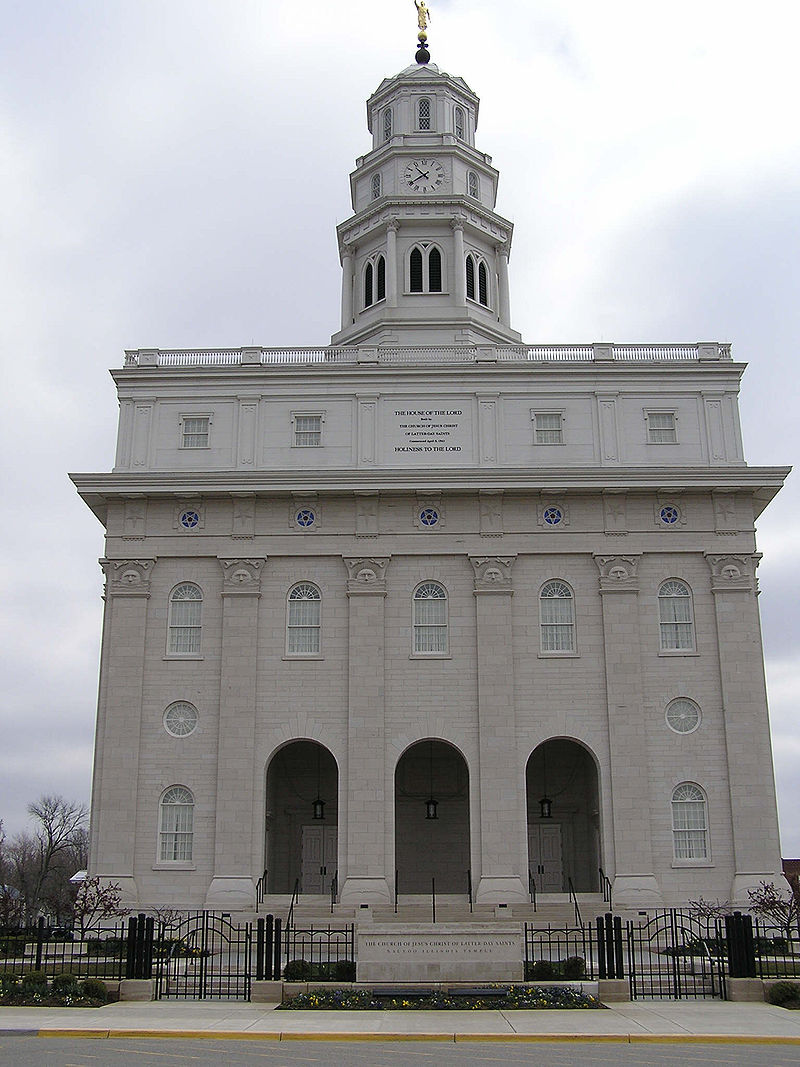 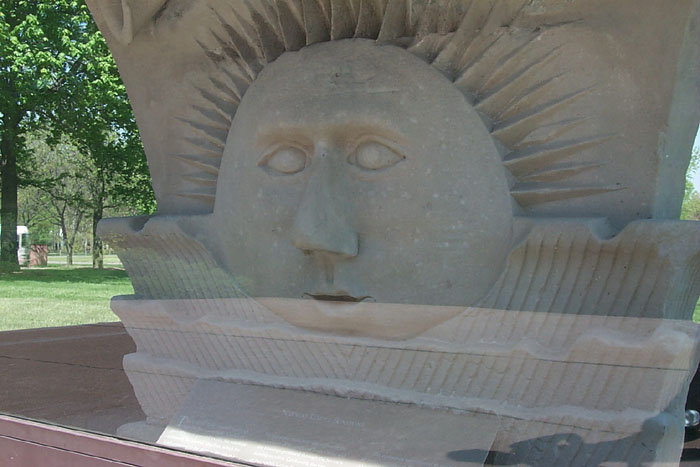 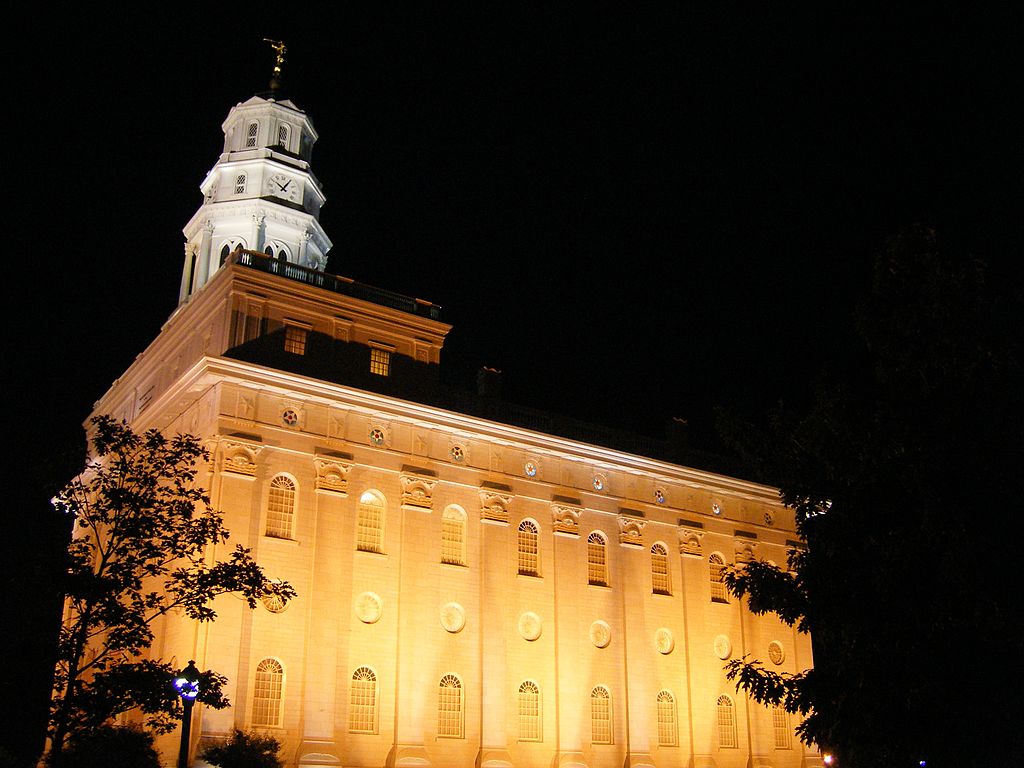 Current temple under construction in 2002 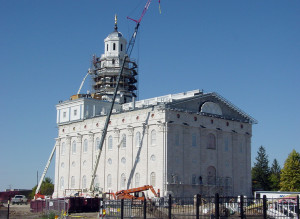 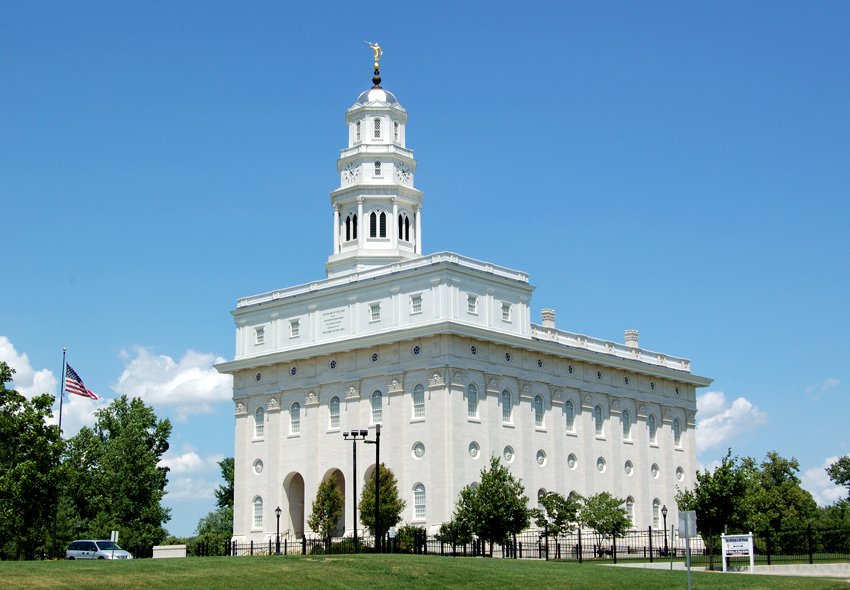 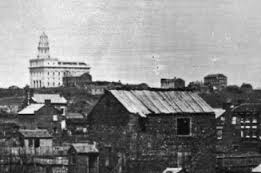 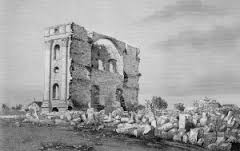 Depiction of the LDS church fleeing Nauvoo. Mississippi River had frozen over. 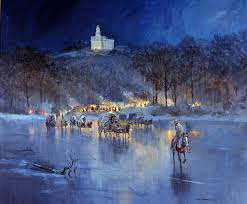 Paintiong of the construction of original 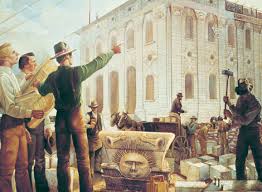 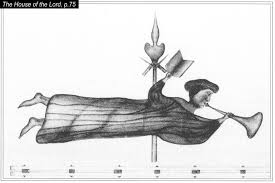 Nauvoo Temple over the Mississippi today 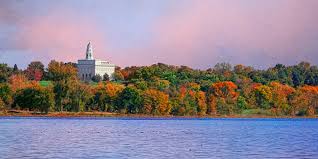 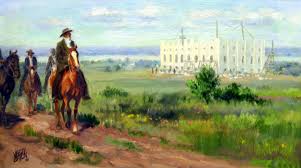 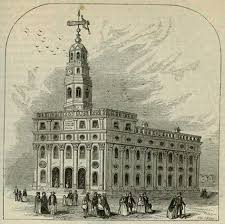 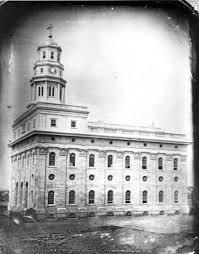 The reconstructed temple was dedicated on June 27, 2002, the 156th anniversary of the killing of Mormon leader and prophet Joseph Smith, Jr.