This is a picture of a F2-J Fury that is on exhibit at the museum. 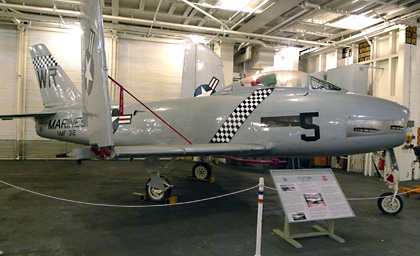 The USS Hornet served with distinction from the 1940s through the 1960s. It was the eighth and final ship to carry the Hornet name. It is 872 feet long and 147 feet wide. 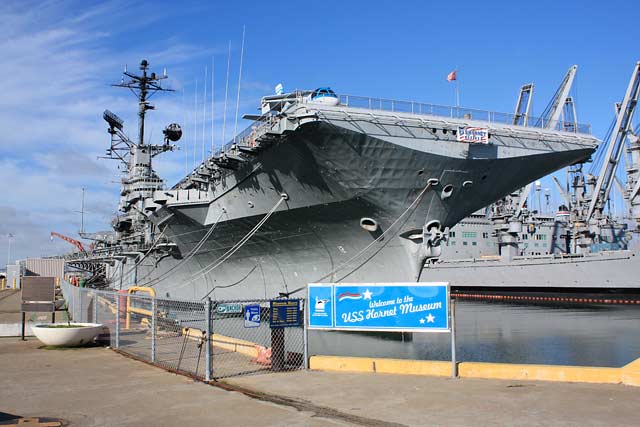 The Flight Simulator is one of the more popular exhibits and offers a five-minute ride. 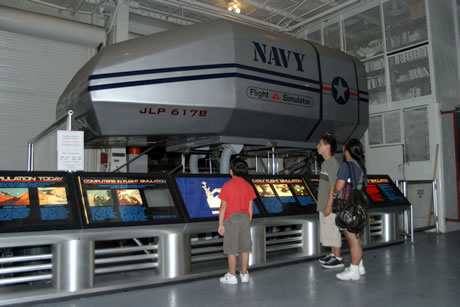 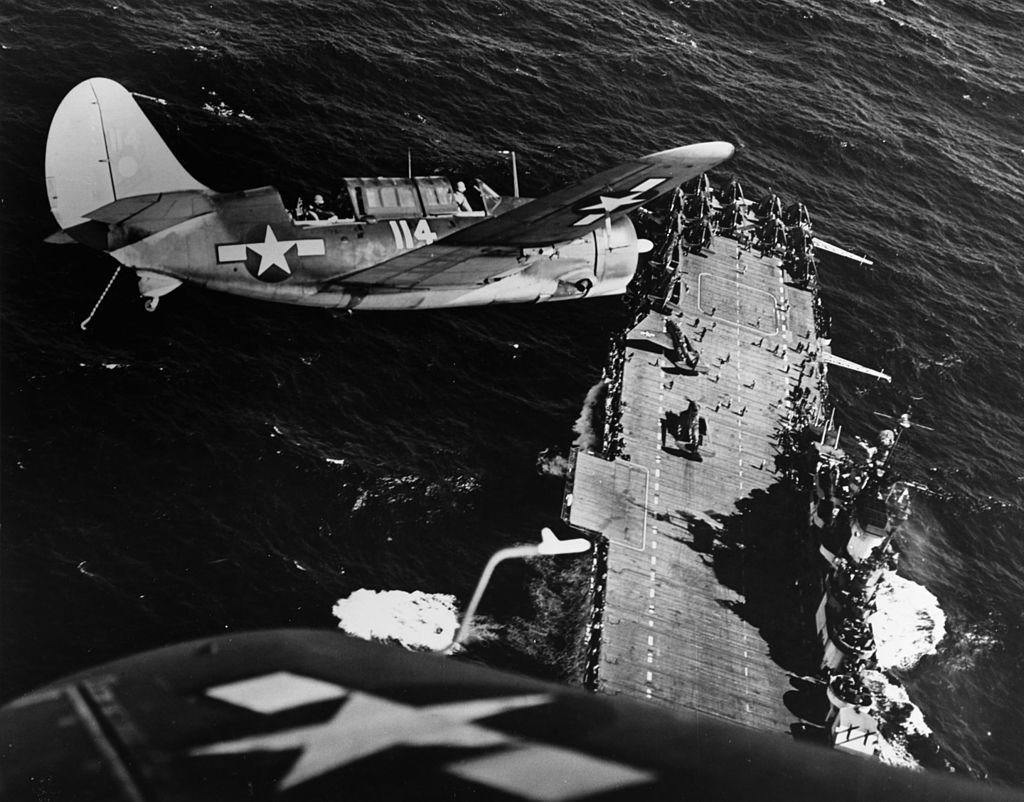 Weather did what the enemy could not--a Pacific typhoon shortly after the Battle of Okinawa severely damaged the Hornet's flight deck, forcing it to return to San Francisco for repairs. (Wikimedia) 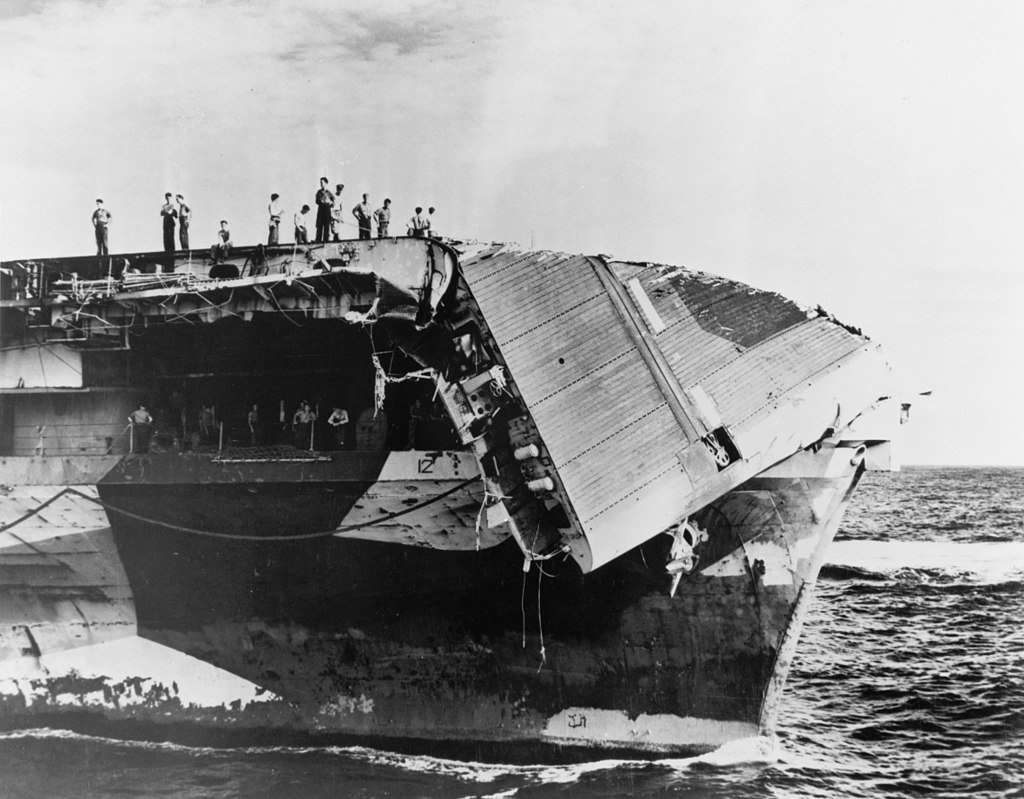 Docked near Hornet's present-day home at the Alameda Naval Air Station, front to back: USS Saratoga, Enterprise, Hornet, and San Jacinto in September 1945. The Enterprise is the same class as the previous Hornet (CV-8). 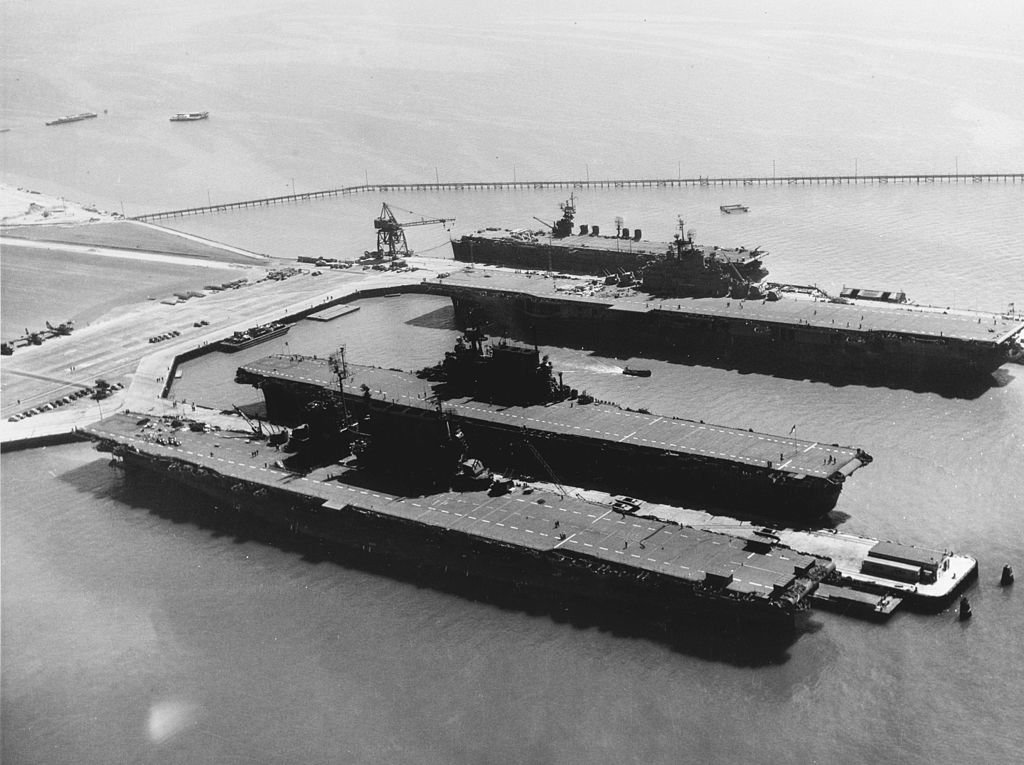 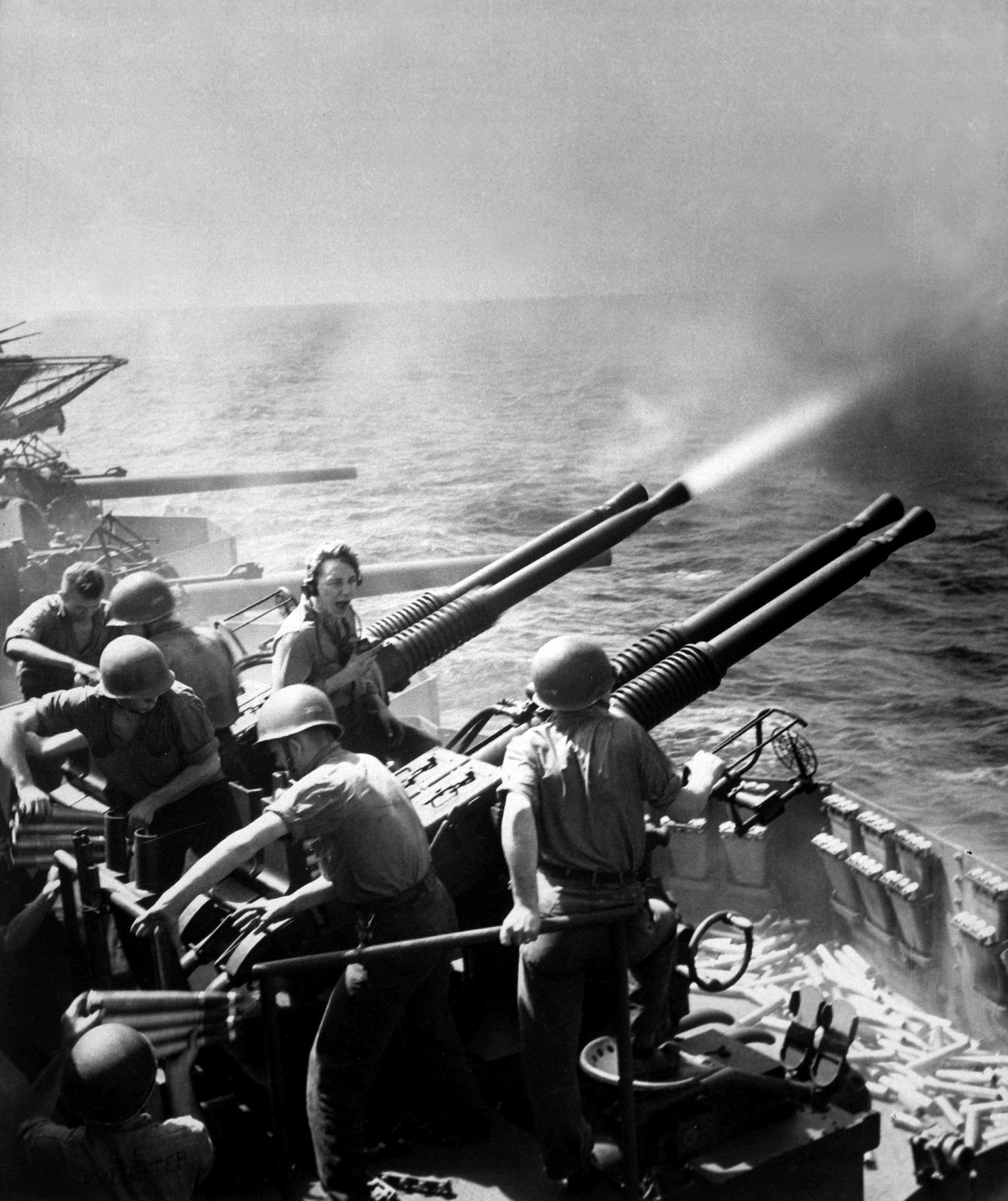 President Richard Nixon greets the Apollo 11 astronauts during their quarantine aboard USS Hornet after their successful return from the moon. Left to right: Neil Armstrong, Michael Collins, and Buzz Aldrin. 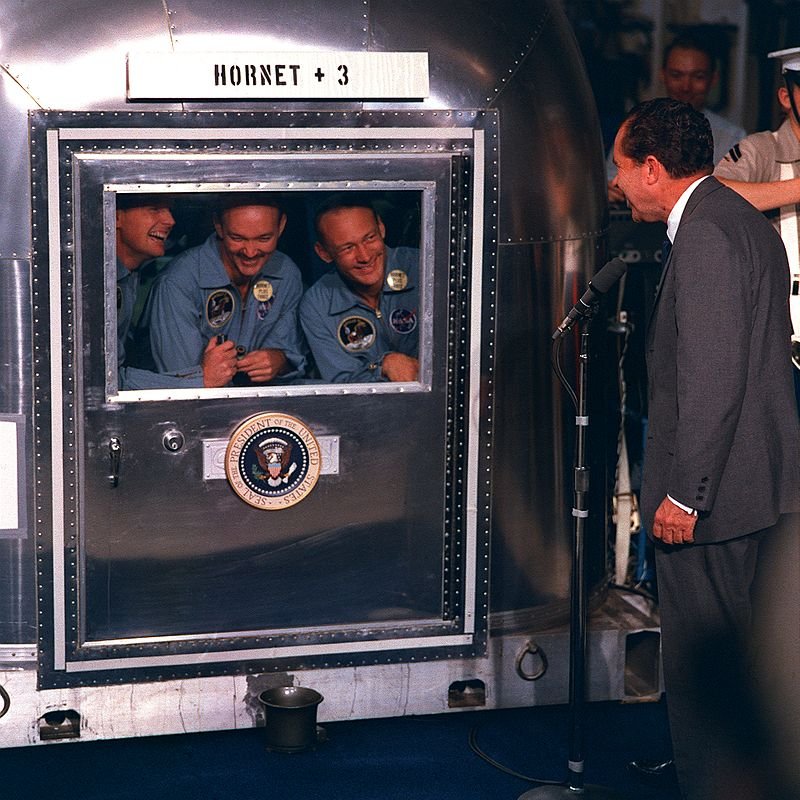 Like many United States Navy ships through the decades, USS Hornet (CV-12) was not the first to bear its name. In fact, its immediate predecessor, USS Hornet (CV-8), was sunk by the Japanese during the Battle of Santa Cruz, one of the bloody naval battles near the island of Guadalcanal in October 1942 (in the Pacific Theater of World War II). As those battles raged, a new Essex-class aircraft carrier was under construction in Newport News, Virginia, and a year later, the USS Kearsarge was renamed USS Hornet (CV-12) and launched in November 1943.

With the U.S. Navy in the Pacific desperate for more carrier support, Hornet underwent the shortest shakedown cruise in Navy history--two weeks--and barreled almost straight for the Pacific and the fighting front. There she would participate in approximately eighteen months of constant combat and survive some of the fiercest naval battles of the war including the Philippine Sea, Leyte Gulf, and Okinawa. The Hornet’s pilots are credited with the destruction of over 1,400 enemy aircraft, and in 1945 comprised the first attack on the Japanese Home Islands since Doolittle’s famous bombing raid in 1942. Despite having been in the thick of the action for the last two years of the war, the carrier was never hit by a bomb or kamikaze.

Decommissioned and placed in reserve at the end of World War II, USS Hornet did not lie inactive for long. She was reactivated and modernized in 1951, and supported American forces in the Far East near Korea and Vietnam throughout the 1950s and 1960s.

One the vessel’s most famous roles was the recovery of the Apollo 11 space module on 24 July 1969. With President Richard Nixon in attendance to greet NASA astronauts Neil Armstrong, Buzz Aldrin, and Michael Collins--the former two having just returned from being the first human beings to walk on the Moon. Later, Hornet participated in the recovery of the Apollo 12 module as well.

Decommissioned a year later, Hornet languished in mothballs for two decades and struck from the Navy register in 1989. Though she was placed on the National Register of Historic Places in 1991, in 1993 she was sold to be broken up for scrap--until a coalition of volunteers and donors comprising the USS Hornet Historical Museum Foundation swooped in to save the venerable vessel as she was being towed to the San Francisco Bay for dismantling. Disposal of such a massive ship proved difficult, which bought time for the Foundation to sue the U.S. Navy to prevent its destruction. Hornet was then towed to the former Alameda Naval Air Station, where she was converted into a floating museum and opened to the public in 1998.

Despite her long hibernation, the ship’s condition was noted to be “excellent” in 1991--her obsolescence was the reason for the end of the carrier’s service, not any lack of care. The huge carrier today features not only the museum and artifacts, but a variety of naval aircraft (an important part of Hornet’s legacy--the F/A-18 Hornet fighter is named after the ship) and experiences. The venue also hosts a wide variety of events, including vintage “big band” dances and STEM classes for youth.