Established in 1821 along with neighboring Fort Morgan and named in honor of Edmund Pendleton Gaines, a hero of the War of 1812, the walls of Fort Gaines have guarded Mobile Bay for nearly two centuries. Owing to the high cost of construction, the fort was not completed until 1861-the same year it was seized by men loyal to the Confederacy. The fort is most famous for a battle that occurred during the Civil War when Union Admiral David Farragut boldly led a flotilla through Mobile Bay despite mines and Confederate fortifications. The historic fort includes a small museum, interpretive tours, special events, and one of the best views of Mobile Bay. The fort features some of its original cannon and tunnels, as well as interpretive exhibits, a gift shop, and a working Blacksmith shop.

Fort Gaines was manned by Confederate defenders during the Battle of Mobile Bay where Union Admiral Farragut issued the most famous command in US Naval history" “Damn the torpedoes! Full speed ahead!” 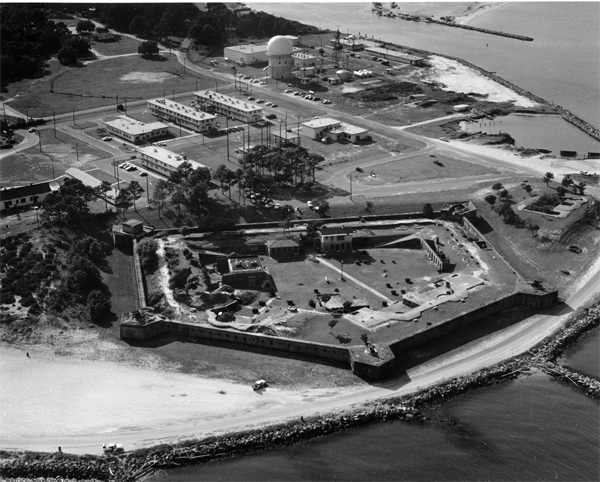