Borden Flats Lighthouse has protected ships traversing along the Taunton River and Mount Hope Bay for over a century. The light became active on October 1, 1881, and is located about 1,400 feet from shore, making it relatively easy to access via any small craft. The lighthouse is considered a "sparkplug" style due to its unique shape which reflects the fact that it did not require a tower to rise over rough seas. The light remains a fully active aid to navigation, but the government determined that the lighthouse was surplus property and sold at auction in 2010. Nearly a half-century after this lighthouse became fully-automated, it once again has a caretaker and has been restored for daily tours as well as overnight stays.

View of the lighthouse from the Borden Light Marina 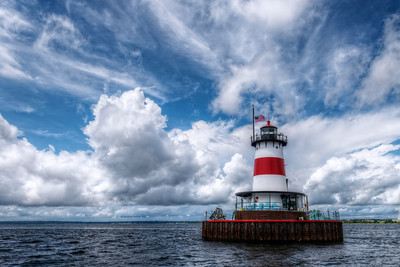 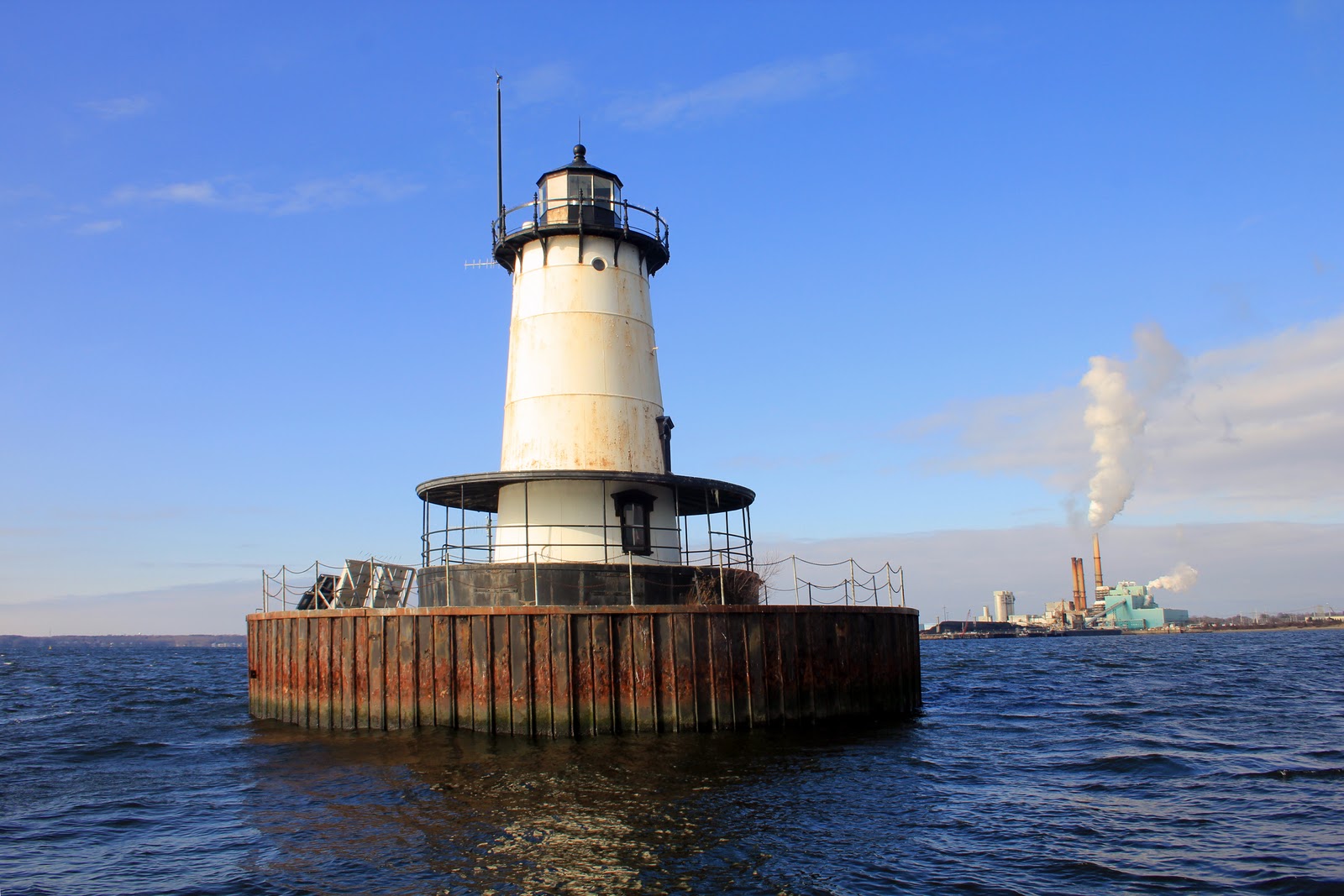 This image of the lighthouse was taken near the outbreak of World War II when coastal defense became a leading security concern. 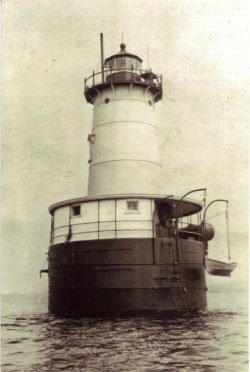 The lighthouse is now available for over night stays-see the link below for more information. 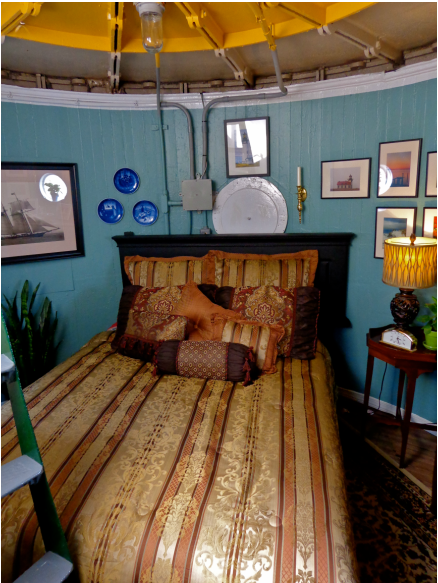 The work of this lighthouse began on October 1st, 1881 after Congress created a $25,000 fund in 1880 for the construction of this lighthouse to warn ships of shoals and underwater rocks in the Fall River. This river was crucial to the northeast transportation corridor, as well as a source for moving water that powered the nation's earl textile mills.

As the need for lighthouses diminished, the property was sold at auction but any owner would be required to abide by the terms of the National Historic Lighthouse Preservation Act. Nick Korstad bought the lighthouse and has worked to preserve the site and make it available to the public.

The lighthouse inside had a light, refrigerator, and stove that were all powered by kerosene. The fog bell even had to be wound by hand until 1957 when the lighthouse gained electricity. The lighthouse has a row of batteries, the size of a car engine, which powers the automated light.

The best views of the lighthouse can be had along the marina in the neighboring city of Borden Flats. This small community is still best-known for the sensational trial of Lizzie Borden in 1892. Borden was arrested for the violent murder of two of her family members, with leading newspapers and magazines bringing all of the salacious details and speculation to an eager public. Although acquitted, many remained convinced of Borden's guilt and her name became features in a popular rhyme used by generations of children to keep time while jumping rope. The Borden family were owners of textile mills along the edge of the Taunton River and one of Fall River's wealthiest families.