Created in 1925 by Leonard F. Craske, the Gloucester Fisherman's Memorial commemorates those local fishermen who lost their lives at sea providing for their families back home. The bronze statue is surrounded by plaques with over 5,000 names engraved, as well as psalms and prayers for the lost men. The cenotaph attracts many visitors to the site, including those who would like to pay their respects to lost family or friends, and continues to represent Gloucester's proud fishing and maritime history. 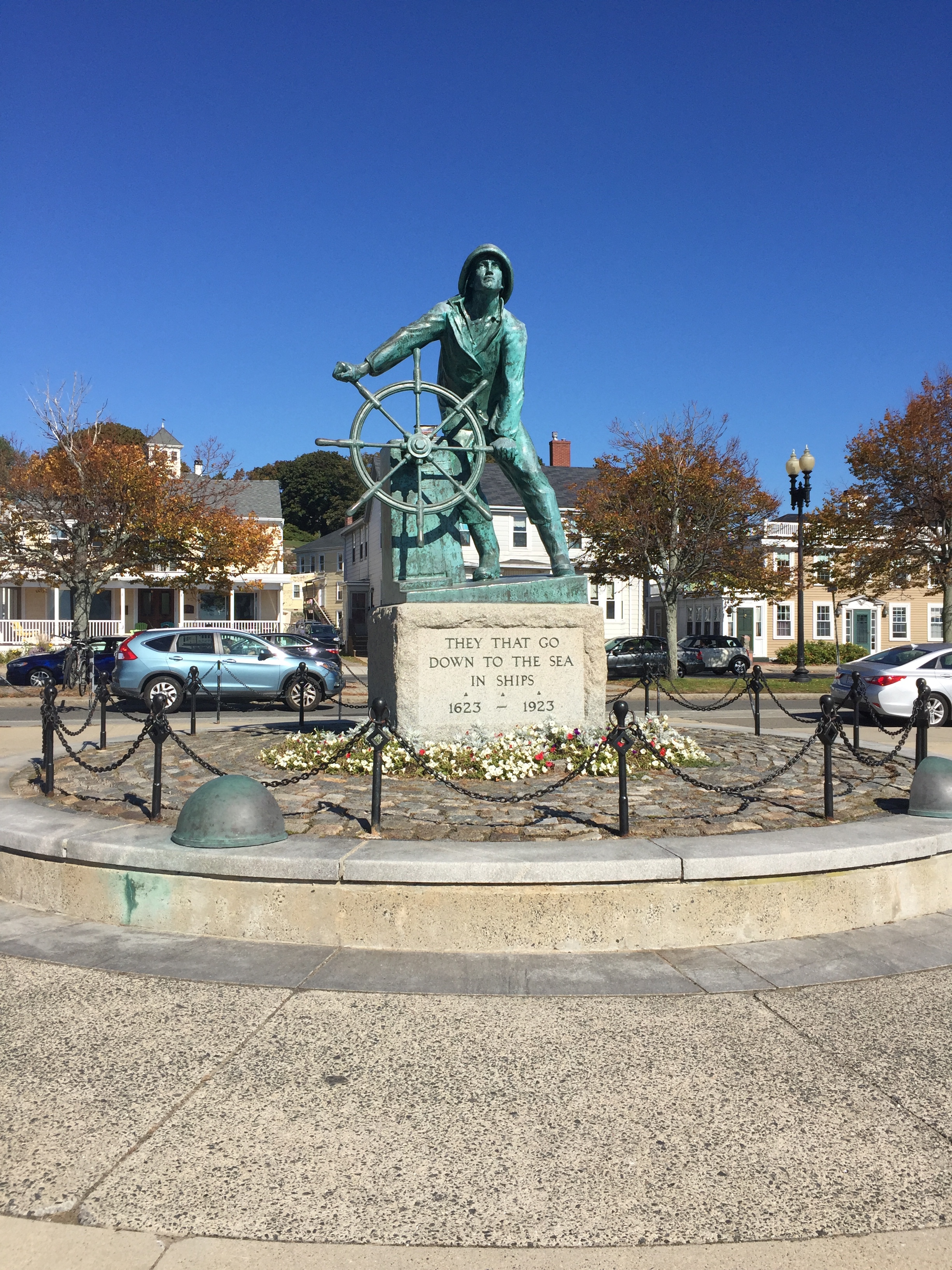 In 1642, after years of failed efforts on the part of English colonists to settle the area, the town of Gloucester was incorporated into the Massachusetts Bay Colony and began its life as a logging town due to the difficulty of fishing in the waters off the coast. Gloucester’s legacy as a fishing town did not begin until the early 18th century when a new type of vessel, the schooner, was implemented, which allowed for fishing in deeper waters and lead to the industry boom that created Gloucester’s success in fishing, especially for cod1.
Despite the commercial success that cod fishing brought to this port town, the trade is not without danger. Due to powerful storms and treacherous waters, venturing out on a vessel could certainly culminate in the fishermen never returning. In fact, over Gloucester’s history as a fishing town, more than 10,000 men have been lost at sea, with some years being particularly bad, seeing hundreds of ships go down with all hands in one single storm. Gloucester heritage continues today to respect the sacrifices of fisherman who work long hours in harsh conditions to provide for their families and for their town, often risking life out in deeper waters.