From a home built by a planter, to the birthplace of a national leader, the story of George Washington and his role in shaping the United States of America is preserved and shared by the National Park Service at the George Washington Birthplace. The marker denotes the approximate location of the former plantation home where the nation's first president was born. Washington's great-grandfather John Washington made this land his home after it was given to him as a wedding gift from his father-in-law. 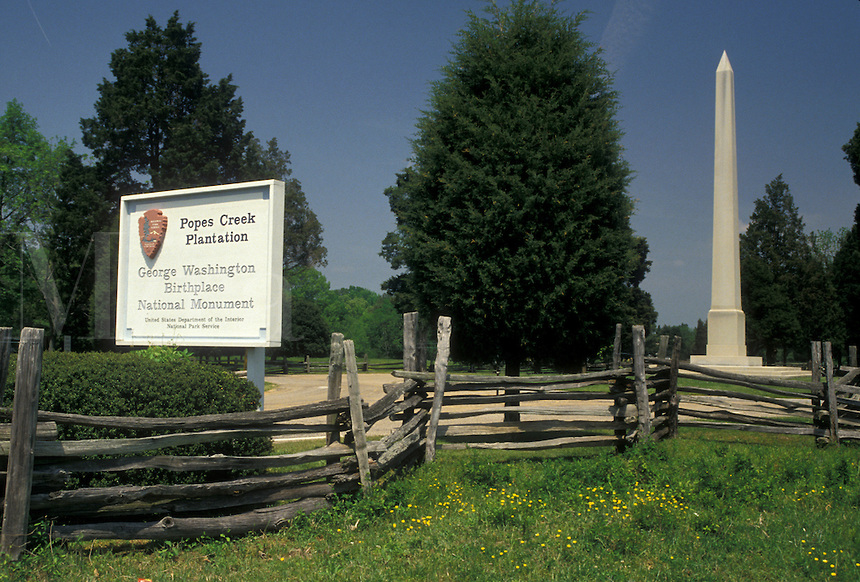 In 1657 John Washington was aboard a merchant ship that needed to stop for repairs and soon met a women by the name of Anne Pope. He then decided to stay once the ship had be repaired and marries Anne. Whether inspired by love or money, John Washington received 700 acres of prime land as a dowry.