Located on Lamar University's Campus, the Spindletop-Gladys City Boomtown Museum pays tribute to the early history of the region and its connection to oil drilling. Here on January 10, 1901, Capt. Anthony Lucas and the Hamill brothers discovered oil, sparking the state's oil industry. The museum was established in 1976 and recreates some of the buildings that were in Gladys City and near Spindletop Hill. The Spindletop gusher site is a National Historic Landmark. 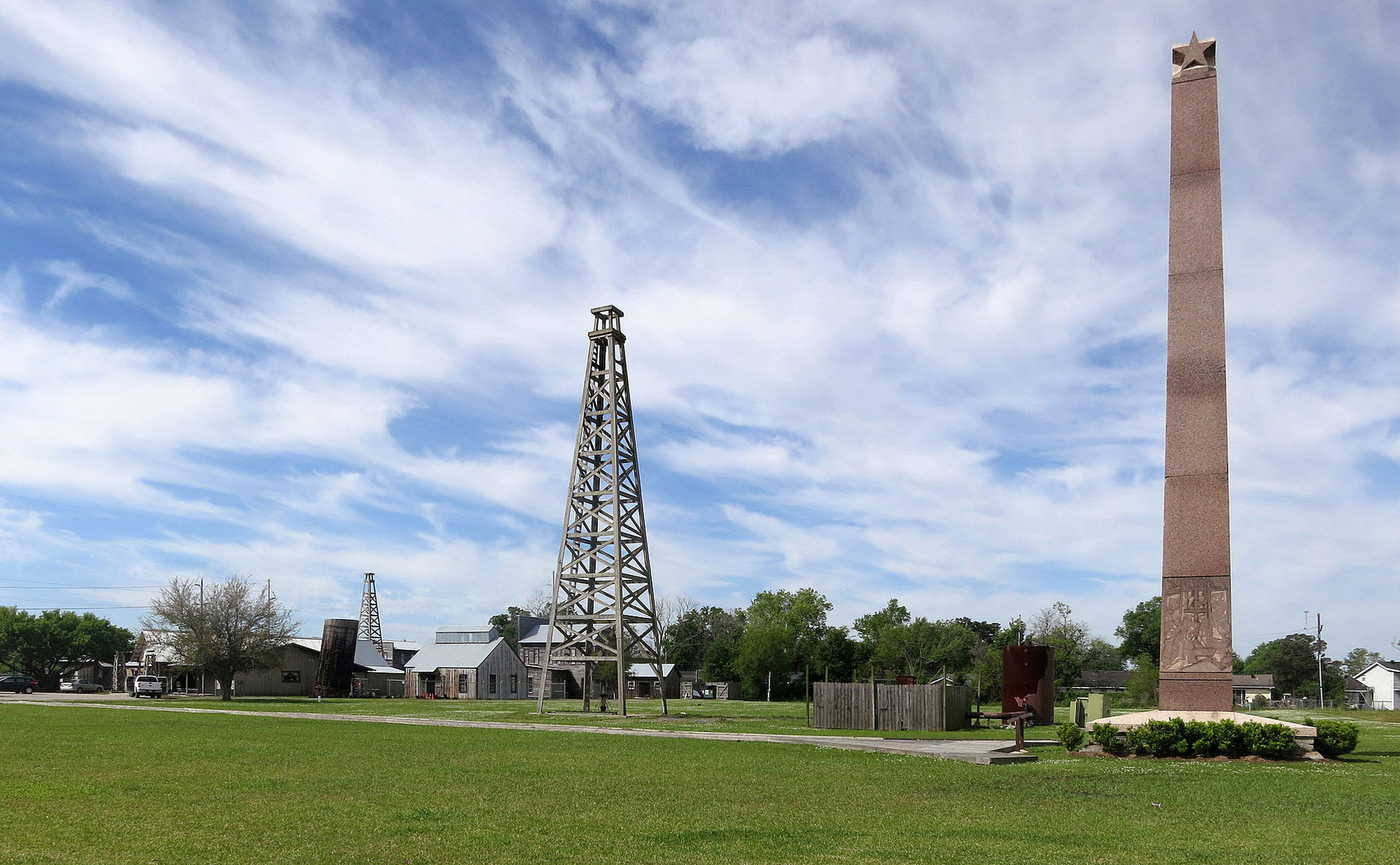 At the beginning of the twentieth century, the Southeast Texas economy, like that of most of the South, relied on subsistence agriculture, but cattle ranching and the lumber business were also important. Large ranches sent cattle to New Orleans, and mills in Beaumont and Orange produced lumber for shipment to the rest of America and overseas. Southeast Texas had another resource - oil - but the amount underground remained a mystery.
People knew of oil in the area for hundreds of years before any substantial production began. In 1543 the Spanish used the oil from seeps near Sabine Pass for caulking their ships, although local Indians certainly knew of oil much earlier. To the north, settlers near Nacogdoches used seeping oil for lubricants before 1800. In 1847 the settlers at Sour Lake noticed that oil was bubbling to the surface, and after the Civil War Dick Dowling tried unsuccessfully to drill a well near there. There were numerous discoveries in east and central Texas in the later years, especially at Corsicana in 1896. Wildcatters drilled at Spindletop in 1893 and 1896 and at Sour Lake in 1896. However, there was no significant oil production along the Gulf Coast until the gusher at Spindletop in 1901. Total Texas oil production was 836,000 barrels in 1900, a small fraction of national production (63 million barrels).