Fell's Point was originally established as a colonial maritime community in 1726 by William Fell, a shipbuilder from Lancashire, England. The area was established as a town in 1763. Starting in the colonial era and going through the Civil War, more than six hundred ships were built here, including USS Frigate "Constellation." Fells Point is located in the southeast section of the city, along the north shore of Baltimore Harbor and he Northwest Branch of the Patapsco River. Today, the area is home to over 120 pubs, a municipal marketplace, and a variety of coffee shops, music stores, antique shops, etc. 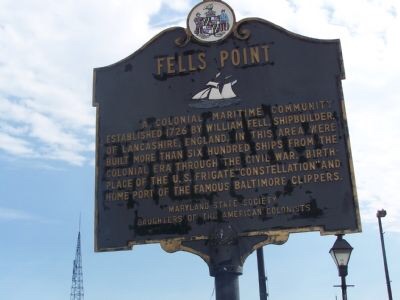 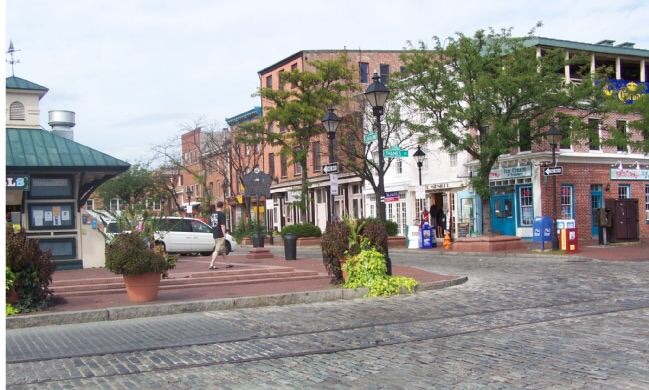 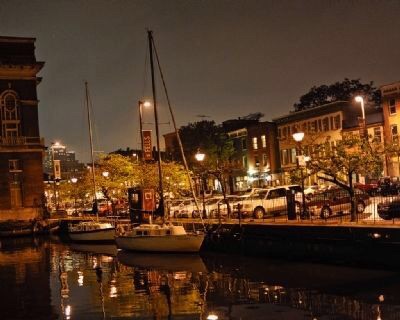 "The Baltimore Clipper: Its Origin and Development (Dover Maritime)" by Howard Irving Chapelle 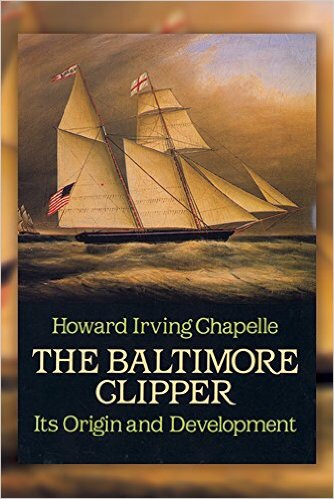 The area that would later be called Fell's Point (the area was originally called Long Island Point, then Copus Harbor and subsequently Cole's Harbor and Todd's Range) was established as a "port of entry" by the General Assembly of the Province of Maryland in 1706. The area was eventually heavily involved with immigration. Due to the multitude of jobs offered by the shipyards and warehouses, many of the immigrants stayed at Fell's Point. Historically the area was home to large German, Polish, Ukranian, Russian, Czech or Bohemjan, and Slovakian immigrant populations. The Irish, one of the earliest immigrant groups, also maintained a presence here. In more recent times, Upper Fell's Point has begun gaining an influx of Mexican and Central American immigrants. The area is sometimes now called "Spanish Town." Since the 1970s, the historically working class area has experienced an increasingly high influx of middle and upper class residents moving to the area and preserving historic homes and businesses.
Shipbuilding in the area declined during the Civil War due to the facilities' inability to handle the building of larger vessels as well as the introduction of steam power. The area's industry shifted to manufacturing centers, notably accomplishing innovations in canning. Most of the manufacturing business left the city by the 1980s.