On this site was the temporary winter camp of homeless LDS/Mormon members from 1846-48. It was here that the church leaders could formally organize the pioneer train west since they had been forced to flee Nauvoo, Illinois during the fall-winter of 1846. The church lost over 500 men, along with some women and children, to the Mexican War that saw these men become formed as a battalion. As companies formed they moved west. However, due to primitive conditions and shortage of foods and some supplies, 600 of the about 3,400 people that lived here in this Nebraska camp died and were buried across the visitor center in a cemetery now sacred to the LDS church (about 1,400 more would die across the river in Iowa in another camp). Now there is a visitor center, some monuments to those who lived and died here as well as a temple. The cemetery as been preserved.

Painting of what Winter Quarters would have looked like 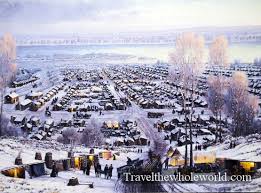 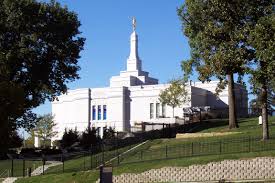 Monument to Mormon Pioneers in front of visitor center 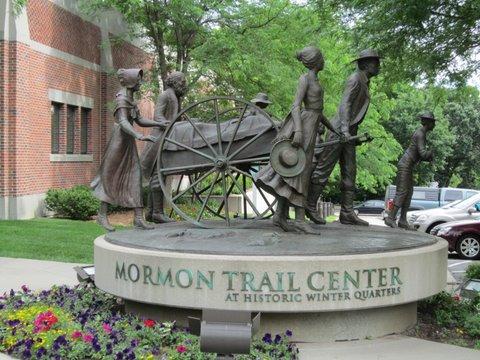 Monument at Winter Quarters cemetery. The monument depicts a couple grieving over the grave of their young child. 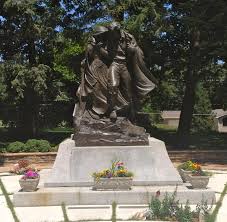 A reconstructed hut inside visitor center to show what a "house" at the camp would have looked like. 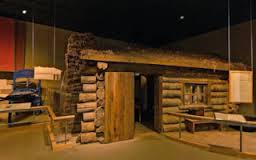 Picture of part of the cemetery with temple in background 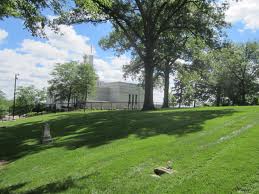 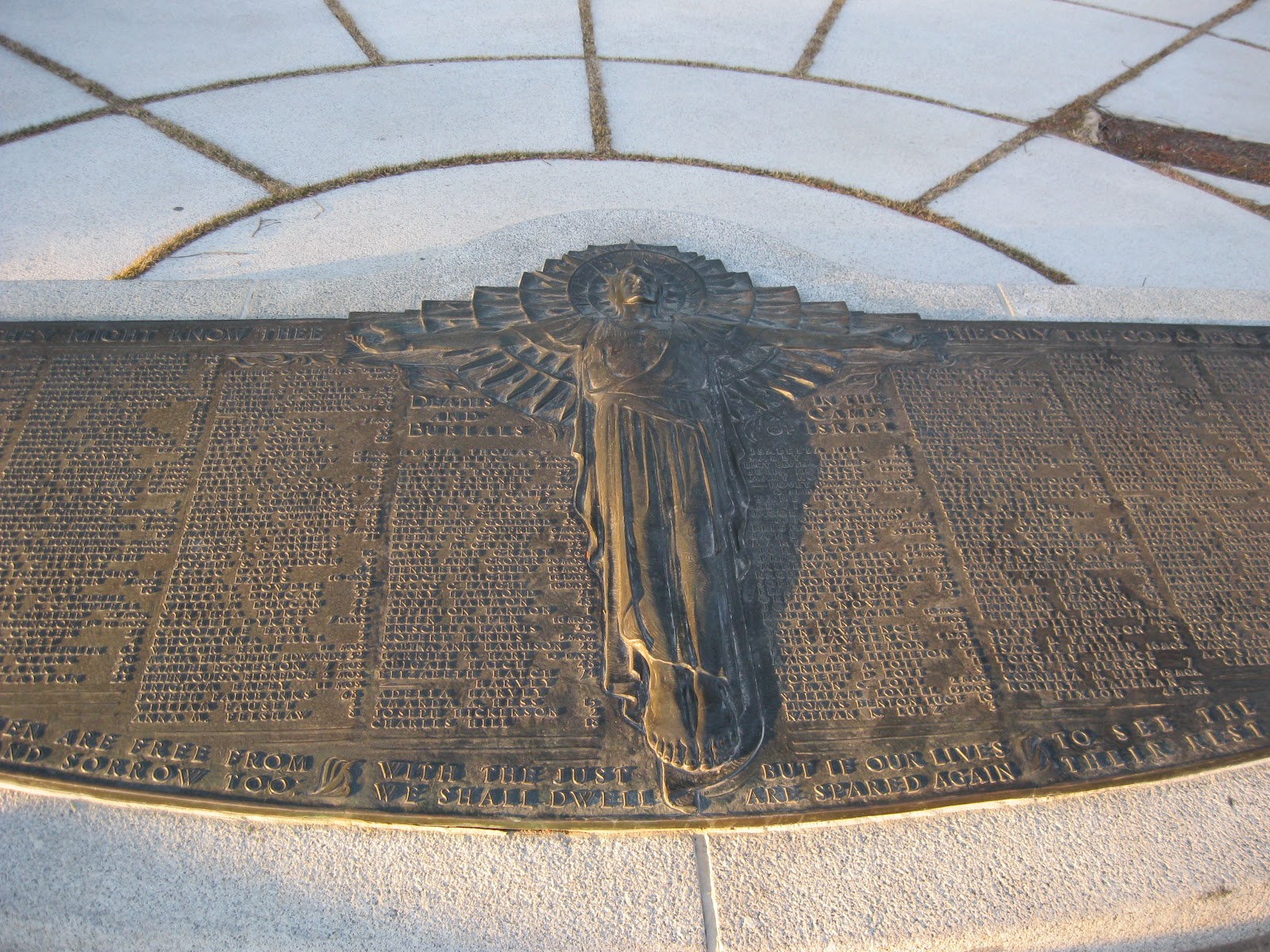 *A brief history of Winter Quarters from Mormon Historic Sites:

"After the exodus from Nauvoo, Illinois, the Saints set up a temporary community called Winter Quarter to launch the trek west to the Salt Lake Valley.

Here, Brigham Young received Doctrine & Covenants Section 136 which set the pattern for the trek west organizing the companies “with captains of hundreds, captains of fifties, and captains of tens, with a president and his two counselors at their head, under the direction of the Twelve Apostles.”1

The Winter Quarters experience was difficult. Many of the men had been taken to join the Mormon Battalion and the living conditions were very poor. The remaining men had a staggering responsibility to ensure that everyone had enough food and supplies to sustain the struggling group of Saints. Over 600 people died here and are buried in the pioneer cemetery.2 In all, more than 3,400 people lived here and the Saints were able to establish a community until they left for Salt Lake.

Winter Quarters was essentially abandoned in 1848. Those who did not go west immediately, traveled back across the river to Kanesville which became the launching place for emigrants going to the Salt Lake Valley.

On September 20, 1936, church members and members of others faiths gathered to participate in the dedication of the monument at Winter Quarters. The First Presidency: Heber J. Grant; J. Reuben Clark; and David O. McKay, along with several other General Authorities, were present at the dedication. Heber J. Grant said at the dedication that “there are times and places in the life of every individual, every people, and every nation when great spiritual heights are reached, when courage becomes a living thing . . . when faith in God stands as the granite mountain wall, firm and immovable. . . Winter Quarters was such a time and place for the Mormon people.”3

The Mormon Trail Center was built here and dedicated on April 18, 1997. The dedication coincided with a sesquicentennial celebration of the first wagons that left Winter Quarters to travel west to the Salt Lake Valley. In 2001 the Winter Quarters Nebraska Temple was dedicated by President Gordon B. Hinckley. The area remains a monument to those who sacrificed so much for the Gospel’s sake."

-Brigham Young received Doctrine and Covenants Section 136 discussing the organization of the companies to travel west.
-A monument, created by Avard Fairbanks, was dedicated here in 1936 by President Heber J. Grant, president of the Church at that time.
-On April 22, 2001, President Gordon B. Hinckley dedicated the Winter Quarters Nebraska Temple.

When one visits Winter Quarters, sister missionaries and senior missionary couples are available to offer tours and provide more information.