The James G. Blaine House was originally built for Captain James Hall but was bought by James Blaine in 1862 as a present for his wife. Blaine was a significant political figure in the state of Maine, serving in the United States House of Representatives, as Speaker of the United States House of Representatives from 1869 to 1875, and then serving in the Senate. After his death, his daughter donated the house as the Governor's mansion, and Governor Lepage currently resides in it. The mansion can be toured, and a gift shop is available.

James Blaine, one of the most illustrious political leaders ever in the state of Maine 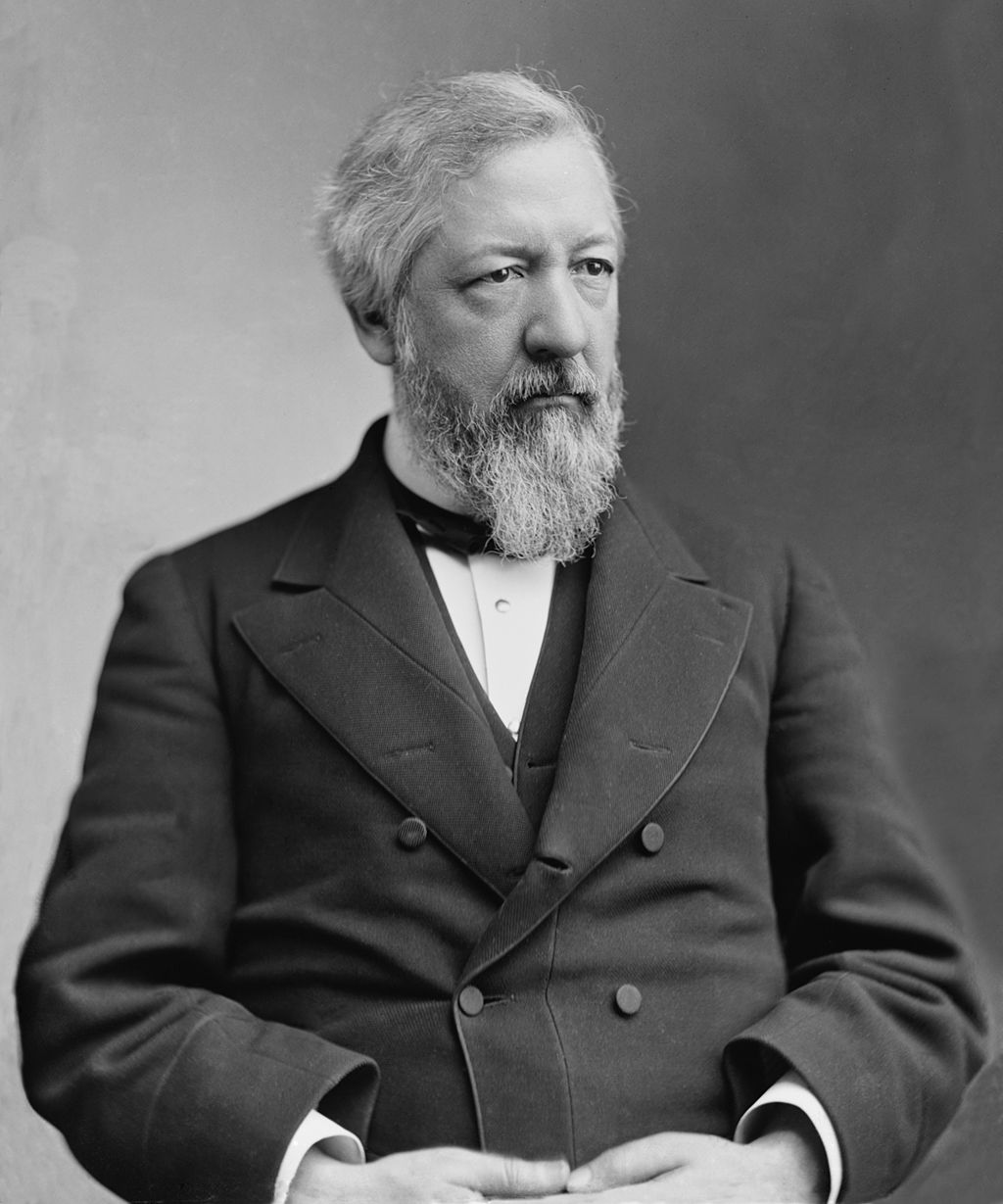 The granite steps that were constructed in 1984, with the Maine State Capitol in the distance 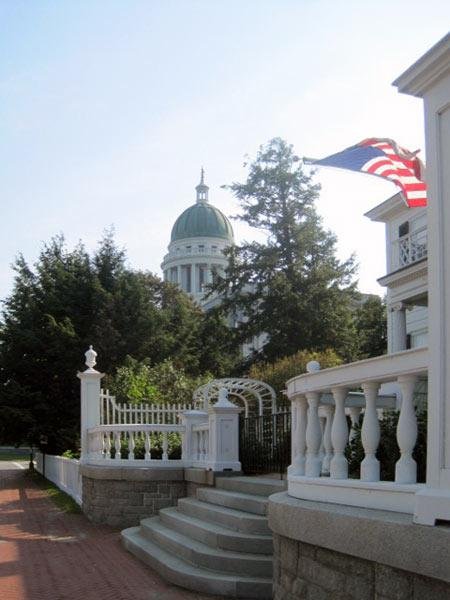 The James G. Blaine House was originally constructed in 1833 for Captain James Hall, who led one of the first Union artillery units in action at Gettysburg on July 1st, 1863. This original portion consisted of a rectangular block with a hipped roof, on which tow interior chimneys are built. A small one-story porch was included, surrounded by intricate lattice-work. On the inside, a sitting room, front parlor, back parlor, dining room, kitchen, and a pantry were built on the first floor. The second floor consisted of four bedrooms for the family.

In 1862, James G. Blaine purchased the house and made a number of changes over the next 10 years. He added a rear addition to the house, which duplicated the original portion, although it was slightly smaller. Another porch was also built, which was surrounded by lattice-work and supported by fluted columnns. Entering the house from this rear porch, access was given to Blaine’s octagonal study and billiard room. Beyond these rooms were another kitchen and panty. The second story of the new addition also included bedrooms. Connecting the original house and the addition was a third small porch that created a veranda between the two.

Blaine was a significant figure in the American political scene that emerged after the Civil War. Known as the “Plumed Knight,” Blaine was a leader of the Republican Party. He represented Maine in the United States House of Representatives from 1863 to 1876, served as Speaker of the United States House of Representatives from 1869 to 1875, and then served in the Senate from 1876 to 1881. He is also one of two people to serve as Secretary of State under three separate presidents. He unsuccessfully sought the Republican presidential nomination in 1876 and 1880 but was nominated in 1884, where he was defeated by Grover Cleveland. He is most known for his contributions to foreign affairs, in which he attempted to improve the relationship between America and the countries of Latin and South America.

Although Blaine often lived in Bar Harbor, Maine and Washington D.C., he considered his home in Augusta to be his official home until his death in 1893. In 1919, his daughter Harriet Blaine Beal donated the James G. Blaine House to be used as Maine’s Governor’s mansion. The house was then enlarged are redesigned by John Calvin Stevens and the Olmsted Brothers. The new mansion included a formal entrance, a service area, shrubbery, and a garden with geometric beds surrounded by a picket fence. Granite steps and a curved granite wall, along with brick walkway were added to the landscaping in 1984. The first governor to live in the house was Governor Carl E. Milliken.

The Blaine House was designated as a National Historic Landmark in 1964. It is currently occupied by Governor Lepage. Tours are available upon request, and a gift shop is on the premises. You must be of at least age eight or older to participate in the tour.