On this site once stood the home that saw five generations of Joseph Smith Jr's paternal ancestors. His father, Joseph Smith Sr was the last of that line to be born in the home before moving to Vermont after marrying Lucy Mack. The family attended the nearby Topsfield Congregational Church for about a century. One of the Smith ancestors, Samuel Smith II was a captain in the local regiment during the American Revolution and served in the First Provincial Congress in Concord from 1774-1775. The homestead was razed in 1876. A marker today sits in its place.

The Smith Homestead as it looked before being razed in 1876 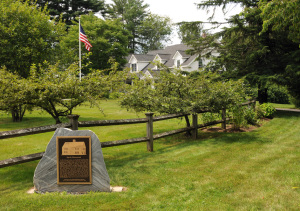 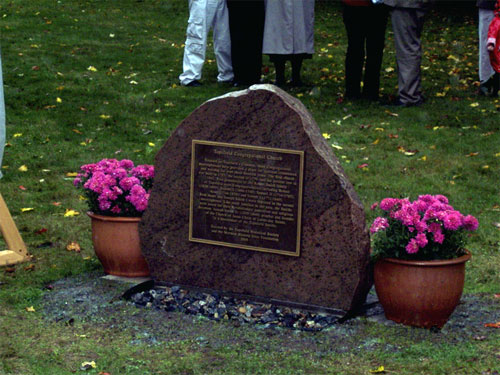 Descendants of the Smith family, the Rossano's and LDS Apostle M. Russell Ballard after marker dedication 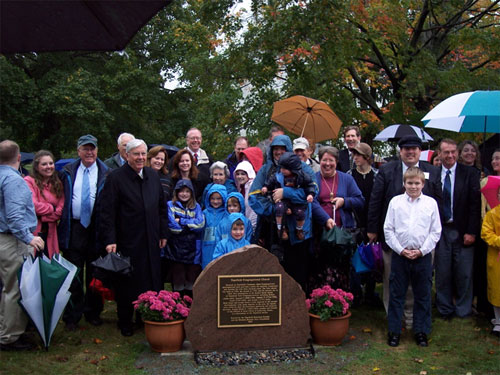 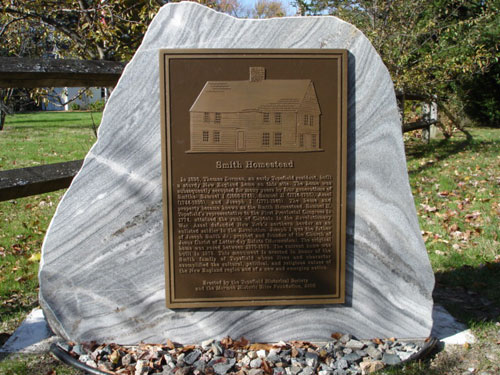 Samuel Smith (I), upon his father’s death in 1693, moved to Topsfield to what would become known as the Smith’s Homestead. While living there, he became an influential member of the area.

Samuel Smith (II) was the next to inherit the homestead. He became known as “Captain Samuel Smith” and served in a variety of capacities in the community including grand juryman, assessor and selectman, moderator of the town meetings, and delegate to the First Provincial Congress at Concord in 1774 and 1775.1

Asael Smith, the Prophet Joseph Smith’s grandfather, married Mary Duty, and Joseph Smith, Sr. was born at the Smith Homestead in 1771. Asael then inherited the homestead after the death of Samuel Smith, Jr. in 1785.

The original home that was built upon the homestead was razed in around 1875. A marker was erected at the homestead in October 2005 by the Mormon Historic Sites Foundation and the Topsfield Historical Society as a tribute to the Smith family."