This marker at the Cyclone's MCU stadium in Coney Island honors the 416 first-responders from all boroughs of New York City who died at the World Trade Center on 9/11. It was created by Brooklyn resident Sol Moglen.

This 2011 photo by Don Morfe shows the Brooklyn Wall of Remembrance and Tribute Walk. 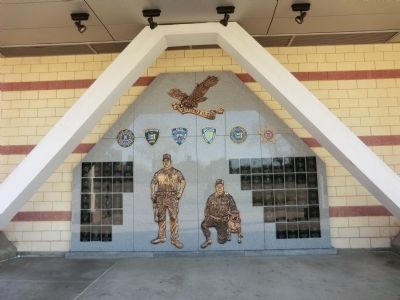 After Sept. 11, 2001, Sol Moglen rededicated his nonprofit, Ebbets Field Memorial Foundation  to the purpose of creating a 9/11 memorial. It first included just first-responders from the Brooklyn area, but was expanded to include firefighters, New York Police Department and Port Authority officers from throughout New York City. Artist Peter Max, actors Gary Sinise and Jon Voight, comedian Jackie Mason, and former Giants coach Jim Fassel were among the contributors to the project.