Trekking across the country to start a new life, Augustus Fanno built a house in Oregon territory and started his entrepreneurial legacy by selling onions and other crops after previously acting as a teacher and seaman on the east coast. He pioneered across the United States by the ever so famous Oregon Trail. When first arriving, his wife and child both died, leaving him entirely on his own. Augustus Fanno was one of the first European American Settlers in Washington County, Oregon. He lived an adventurous life and began an interesting legacy that was passed on through descendants for over a century. Today the Augustus Fanno House is still intact and is part of the Tualatin Hills Park and Recreation District. 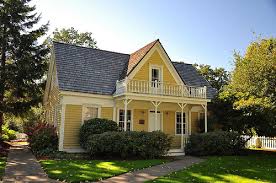 Augustus Fanno was born on March 26, 1804 in Maine. His ancestors were French. His grandfather came to America in 1789 to get away from the French Revolution. Augustus had many different occupations in his life including being a seaman and a teacher. He also moved frequently living in Maine, Mississippi, and finally Missouri. While teaching he married his first wife, Martha Ferguson.

In 1845 Augustus, Martha, and their son Eugene decided to travel across the country by wagon to live in Oregon because of the opportunities and land available. They joined a wagon train and made a voyage across the country. Once, they even were required to take apart their wagons to cross and raft down the Cascades. They used their rafts to finally arrive in Oregon City, which is near to today’s Portland, by way of the Willamette River. This took Augustus and his family over 6 months.

Fanno arrived with only a mere fifty cents in his pocket. His wife, who was pregnant throughout the journey, died while giving birth soon after arriving to Oregon City. Looking for land, Augustus followed various Native American paths, primarily the Tualatin Plains Indian trail, he found land that was favorable to him and made his claim roughly 12 miles above northwest of Oregon City.

In 1851, Augustus met and married Rebecca Jane Denney, who was the daughter of a friend who settled on a nearby claim. She was 31 and he was 47. They had 6 children together. They built their first home on the land out of logs. Later, when Fanno had saved more money, he was able to build a nice home in New England Revival Style that is still intact today, the Augustus Fanno home.

Augustus was an entrepreneur and made money by selling crops to other settlers. His main crop eventually became onions, which was continued on by his family until the mid-1940s when they went out of business. It is said that his land was very fertile that he could harvest as many as 1,000 bushels of onion. One of Fanno’s sons, Augustus J., became president of the Confederated Onion Growers Association many years later in 1905.

Eventually, the family business of onion farming ceased after troubles during the depression. The Fanno home and legacy was passed down through generations and was eventually given to the Tualatin Hills Park and Recreation District to be restored. Since then, the house has been nominated for several historical awards including the Griffin Cabin Award in 1985. Today, the house can be toured and also is available for events such as wedding, receptions, and meetings.