On September 2, 1925, the USS Shenandoah, a U.S. Navy airship, departed with a crew of 41 crew members and two passengers. By the following day, fourteen of those people would be dead. Caught in a storm that the captain directed her into, the USS Shenandoah was violently controlled by the updrafts. She soared upward rapidly and then even more swiftly descended thrice before the wind twisted her hull, breaking it. The first of four innovative, blimp-like Navy airships laid in ruins on a Noble County farm.

The FBI and 40 National Guardsmen attempted to guard the crash site. However, local spectators, reporters and looters came in abundance. 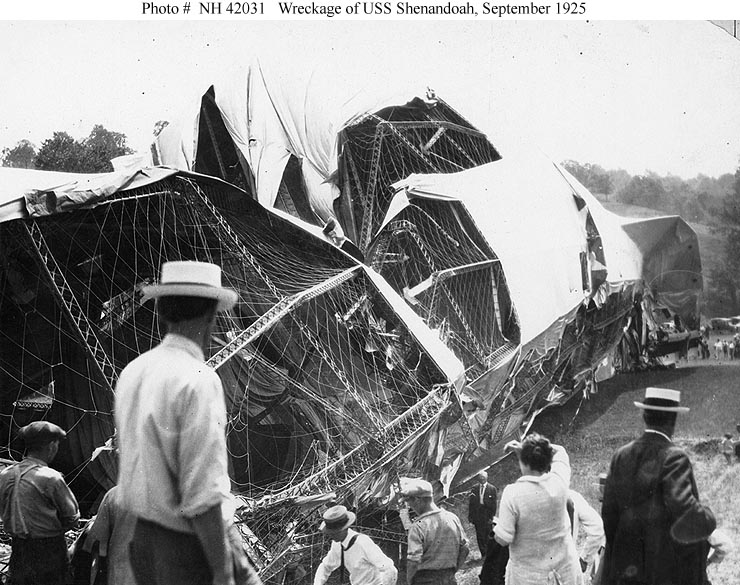 The USS Shenandoah was 680 feet long with a maximum diameter of 78.7 feet and maximum height of 93 feet. 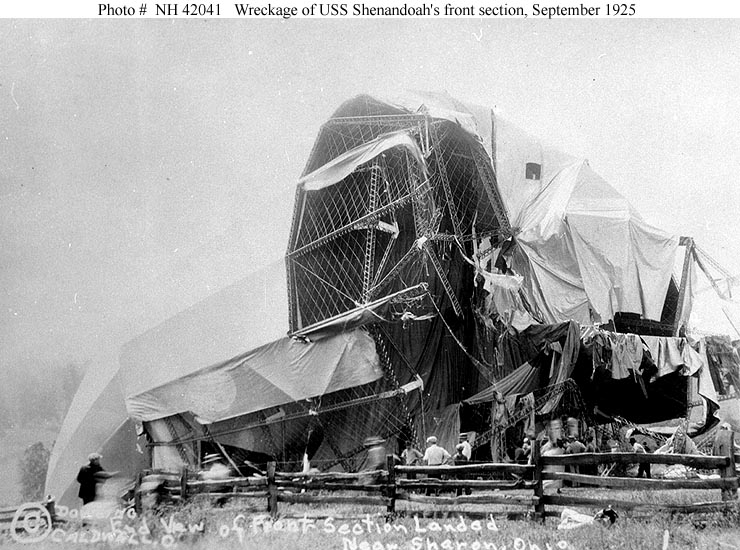 The USS Shenandoah boasted five 300-horse power, six-cylinder Packard engines that could propel the ship to a top speed of 60 mph and carry a load of 33 tons. 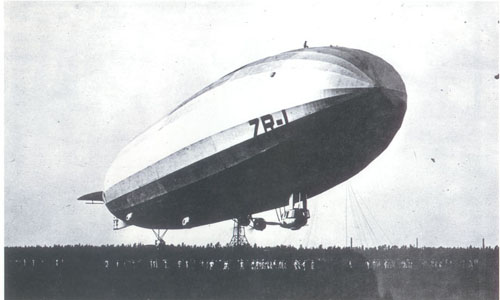 In 1917 the U.S. Navy purchased its first blimp. Consisting of a single gas container, this blimp was similar to modern blimps. Soon, the Navy began plans to construct several of its own blimps. Unlike the airships that the Navy purchased in the past, the blimps it built had a “rigid” framework that contained several different gasbags, instead of just one. These gasbags were inflated with helium instead of the highly flammable hydrogen. The first of four airships that the Navy built became known as the USS Shenandoah. The USS Shenandoah, an Algonquian name for Daughter of the Stars, was the first blimp airship built in the United States and the first in the world to be inflated with helium. Construction was authorized by the Navy in August 1919, began at a naval air station in Lakehurst, New Jersey, and finished in 1923. The USS Shenandoah was commanded and staffed by personnel from the U.S. Navy and was intended for use as a scouting vessel because the Navy wanted an airship that exceeded the WWI German Zeppelin’s range and durability.

To create a longer range and increased durability a new alloy called duralumin, consisting of aluminum, copper and several other metals, was developed for use in the USS Shenandoah’s frame. This alloy boasted the strength of steel but the lightness of aluminum. Decreasing the weight of its frame was pivotal to attaining altitudes high enough that it couldn’t be shot down on surveillance missions. Overall, the Shenandoah was 680 feet long with a maximum diameter of 78.7 feet and maximum height of 93 feet. Its five 300-horse power, six-cylinder Packard engines had a top speed of 60 mph and could carry a load of 33 tons.

Shenandoah embarked on her maiden flight September 4, 1923, and made 56 other passages over a two-year period. On one flight early in 1924, the Shenandoah sustained some damage after getting caught in a storm. Five months later, the ship became airborne again.

On the afternoon of September 2, 1925, the Shenandoah departed from its Lakehurst hangar with a crew of 41 and two passengers. That morning, the blimp ran into a severe storm near, Ava, Ohio, in northern Noble County. Originally, it changed course slightly to fly around the storm, but then the captain decided to keep to its original flight plan to save time. On the morning of September 3, the Shenandoah was caught in a violent updraft of warm air and soared upward at the rapid rate of a meter per second. At about 6,200 feet the ascent was checked, but then ship began its swift descent- even faster than it rose. Halfway to the ground it was hit by another warm air current and began to rise rapidly once more, then fell back down. On the third ascent the ship was hit by a turbulent side wind that twisted the hull and broke it. The control car with the captain and six other crewmen broke loose, and crashed near the Gamary tenant farmhouse, killing all passengers. The stern section, over 400 feet long, crashed with 18 men inside, near the same area with the tail in the air. Another gust of wind picked the tail up and dropped it on the opposite hillside. The 200-foot bow section floated to the ground fifty-three minutes after the initial breakup six miles away. Ernest Nichols, local farmer, grabbed a line thrown by the crew and tied the bow to a pair of trees. Jumping out, the crew used Nichol’s shotgun to burst the remaining gasbags.

A total of 14 people died on the Shenandoah. Some of those who survived sustained serious injuries. Years later, all but one of the original four innovative blimps had suffered the same fate as the USS Shenandoah and crashed in a storm.

Crash sites are private property. Call the phone number to arrange a private tour by a local expert.