Built between 1844-1869 next to the Penobscot River in Prospect, Maine, Fort Knox State Historic Site is one of the best preserved mid 19th century forts on the Atlantic coast. It was never completed and cost almost one million dollars. It was named after famed American general Henry Knox, who served as Commander of Artillery during the Revolutionary War. built to prevent another British invasion into Maine (specifically to Bangor, which was a prosperous lumber town), which had occurred during the Revolutionary War and the War of 1812. The fort was never attacked. Visitors to the site can enjoy the many special programs it offers, such as Civil War reenactments, battery canon firings, and ghost tours. Entrance to the site also gives visitors access to the Penobscot Narrows Bridge Observatory tower. 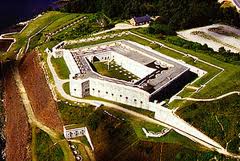 View of the inner yard 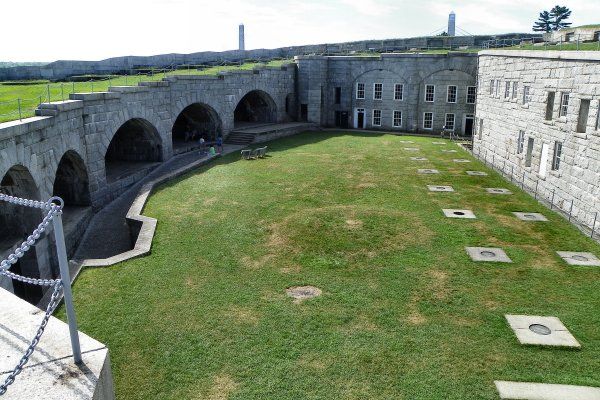 One of the many large canons at the fort 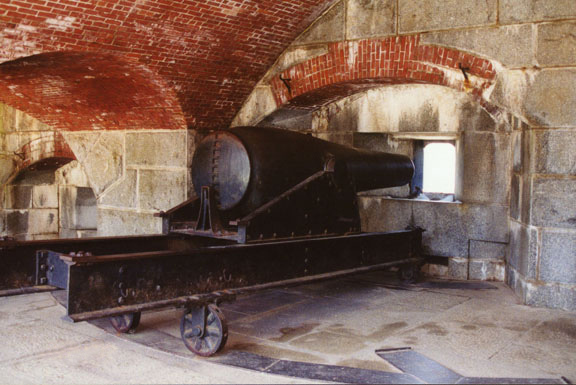 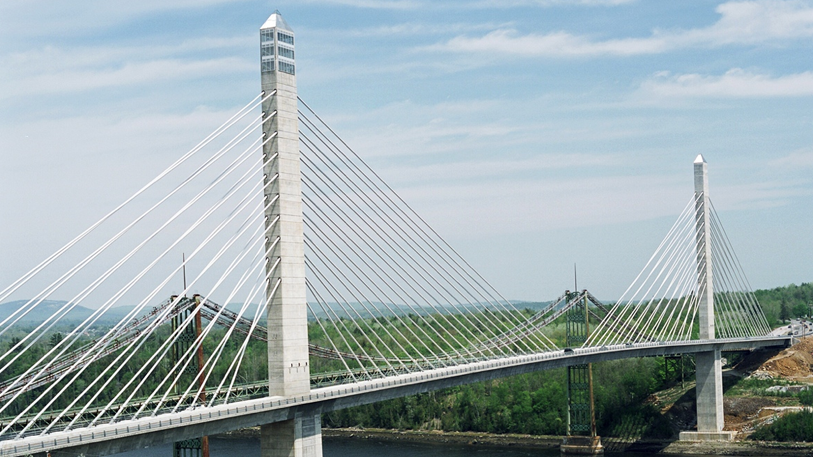 During the Revolutionary War, the Penobscot Expedition of 1779 ended with the worst naval defeat in American history, with the exception of the surprise attack on Pearl Harbor during the Second World War.  This costly battle occurred near the town of Castine, which resides south of Fort Knox along the edge of the Penobscot River Delta.  The town of Castine itself had been a point of conflict between the French, British, and Native Americans for decades prior to the Revolutionary War.  The Penobscot River Delta became a point of vulnerability for the United States again during the War of 1812, wherein the British navy was able to sail inward on the undefended Penobscot River and attack the town of Hampden.  Following the defeat of Hampden’s forces, the British sacked both the town of Hampden and the city of Bangor.  At the time, Bangor was an incredibly important lumber and shipbuilding city.  As a result of its strategic importance, Bangor was included in the locations surveyed by the “Third System,” which was a seacoast fortification initiative ordered by President James Madison.  This led to the construction of Fort Knox at the narrows of the Penobscot, just inland of the Penobscot River Delta.

Fort Knox was armed quite heavily, sporting multiple large cannon batteries and a total of 64 guns.  Behind each of the water-front gun batteries was a shot furnace intended to heat cannonballs to a temperature hot enough to set enemy ships on fire.  While the cannons never saw wartime use, the fort was fully manned during the American Civil War, and, in fact, was upgraded to house “Rodman” cannons, which were significantly larger and stronger cannons than the original construction could house.  Fort Knox was last manned during the Spanish-American War, during which the troops at Fort Knox oversaw the construction of a minefield in the river.  Following the war, Fort Knox was retired as a fortification and was subsequently purchased by the State of Maine to serve as a historical landmark.

Fort Knox, as of the creation of this article, is recognized as one of the most accessible forts in the entire United States, with visitors being able to explore nearly every section of the fort.  A collection of cannons still remains on the site, including the notably rare and colossal 15-inch Rodman cannons.  The Fort is maintained by a non-profit group that has had great success in repairing and improving the site, including the creation of visitor centers, educational buildings, and special events.