Parkersburg High School, (locally known as PHS), started out as what is now the Washington Junior High School, but the current campus was built in 1917, north of the Avery Street Historic District in the Jacobethan Revival style. It was designed by prominent Ohio architect Frank Packard (1866-1923). It was the largest high school in the state of West Virginia from 1918-1940. In 1967 the opening of Parkersburg South High School divided the number of students at PHS. Today, it houses around 1,800 students. It is still the second largest populated school in West Virginia. It is a part of the Parkersburg High School-Washington Avenue Historic District, which was added to the National Register of Historic Places in 1992. 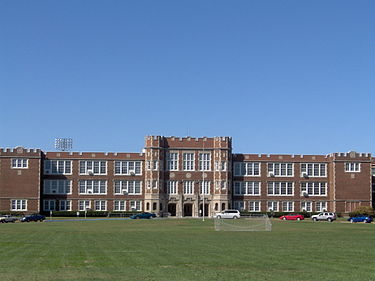 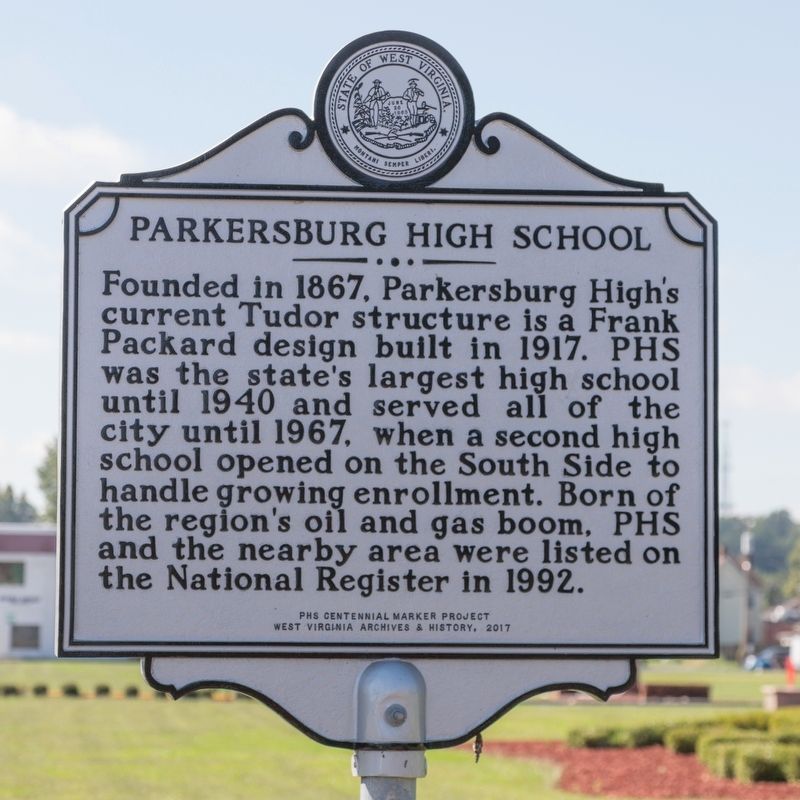 Parkersburg High School was built on twenty-seven acres of swampy land on Dudley Avenue. The idea for a high school originated from Charles E. VanDevender, the president of Parkersburg Independent School District. He was responsible for securing the passage of a special enabling legislature in West Virginia State Legislature, which allowed the school district to purchase the necessary amount of land to construct the high school. Frank L. Packard of Columbus, Ohio, was chosen to be the architect.

Parkersburg High School was the largest high school in West Virginia from 1918-1940. Due to absence of a college in or within close proximity to Parkersburg, Ohio University began offering some courses at the high school. This ended during World War II, as the war caused a decrease in college enrollment. Parkersburg High School made up for the loss by offering a diverse curriculum taught by highly qualified staff members.

The development of the school led to even further development in the community along Washington Avenue and the number of houses along the street increased. The population in began to grow. There were over 29,000 residents in Parkersburg by 1920 and over 30,000 by 1930. In 1929 north and south wings were added to the school to accommodate the increase in the student body.