Running diagonally through Riverside, California, the 20 mile Gage Canal travels southwest from the Santa Ana River to its southern terminus at the California Citrus State Historic Park. The canal was built between the years 1885 and 1889 primarily through he efforts of a Canadian jeweler named Matthew Gage and is credited with Riverside’s agricultural boom of the 1890s due to the fact that it greatly expanded the area’s citrus groves.

Gage Canal with a citrus grove on the right. 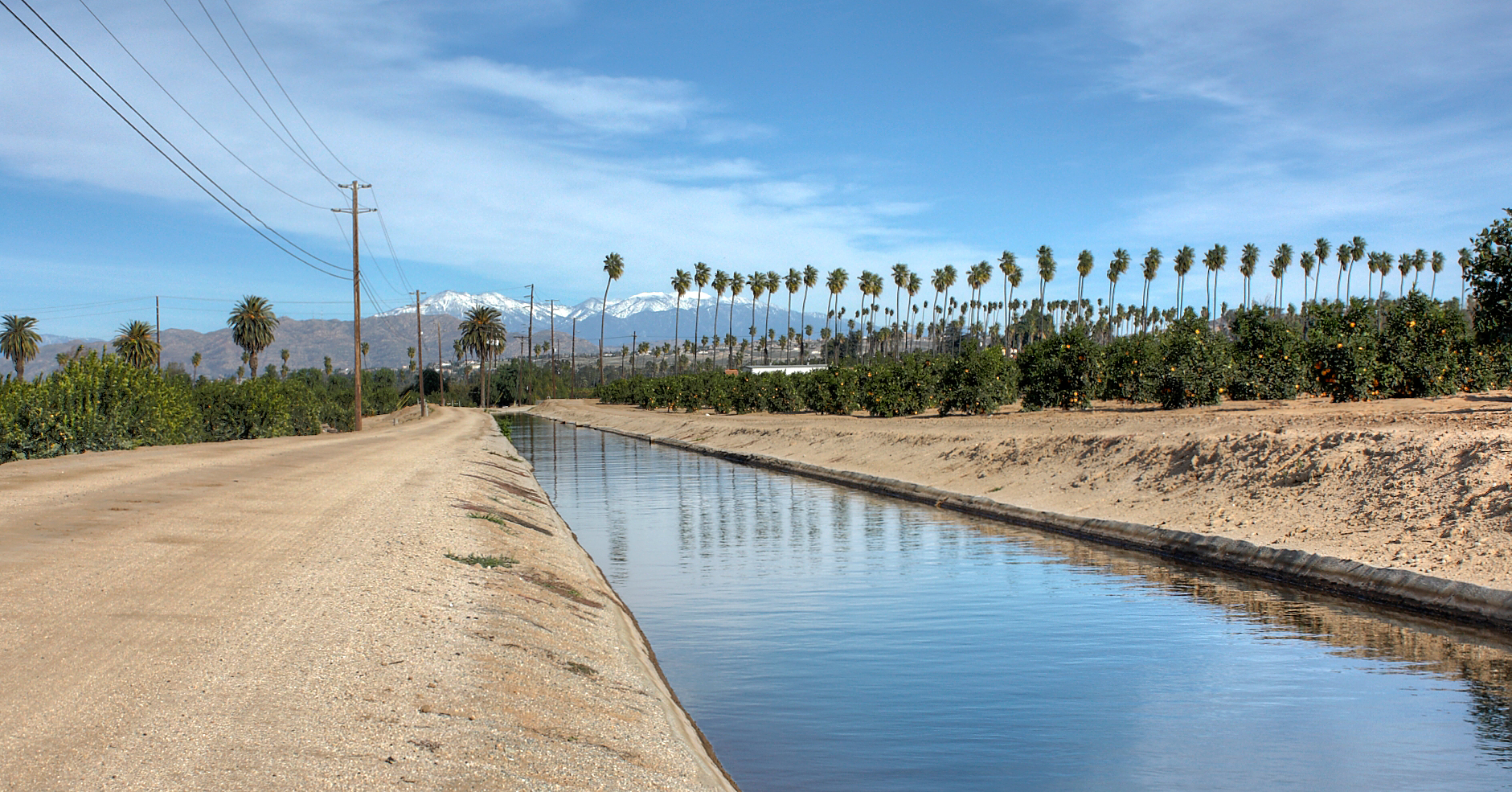 The Gage Canal at an earlier time. 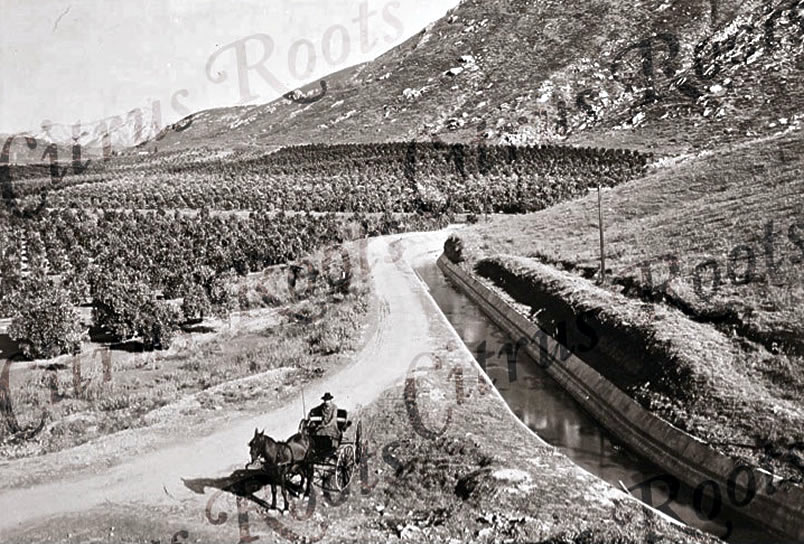 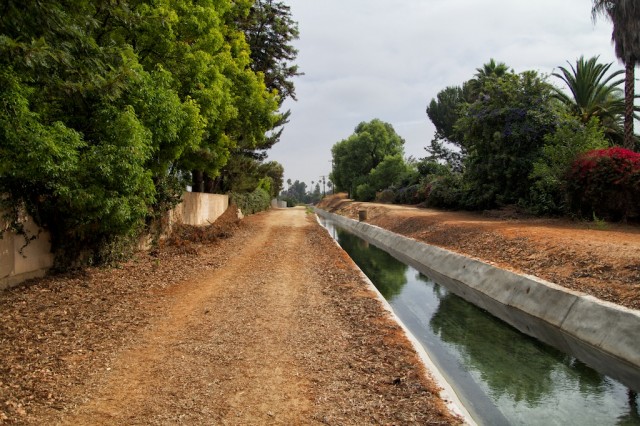 Old aerial photo of the canal and the farms it supplied. 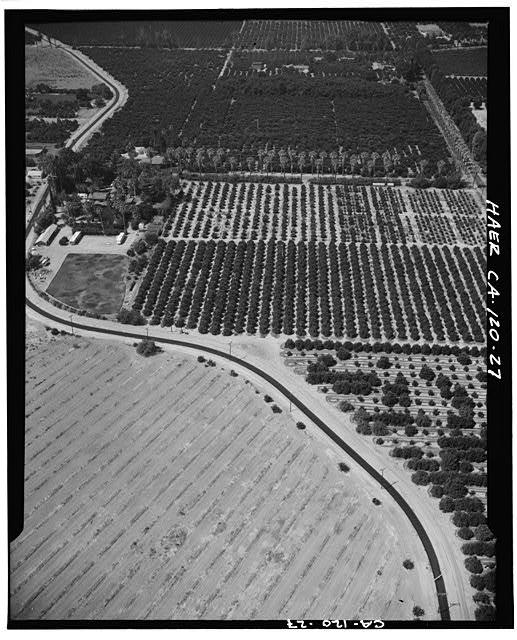 Gage attained the rights to 640 acres in the area under the Desert Land Act of 1877 so long as he brought water to the parched land within three years.  He and his construction contractors then built the first 11.9 miles and then later added 8.2 miles which extended the canal to its current 20 mile length.  It was originally a wooden structure that spanned arroyos and tunneled under hillsides.  The wood has since been replaced with more durable concrete.

Soon after its completion, citrus groves and other agricultural endeavors sprang up along its length, bringing land owners, developers and workers to Riverside who became some of the earliest settlers in the area.  Many of those farms have since been replaced by shopping centers and residential communities, but the importance of the canal to the future development of Riverside cannot be denied.

While sections of the canal have been covered and built over, a five mile section that runs from Andulka Park to its end at Citrus State Park, and runs parallel to Victoria Avenue, is still popular with joggers and bikers.  This section is lined with dirt paths and travels through area neighborhoods and the few remaining citrus groves within the confines of Riverside.