The Mast House was constructed in 1925 for Dr. Clarence S. Mast and his family. Mast, a physics professor, was an original faculty member of Texas Tech University. The home was built by A.M. Hensley, a prominent area builder. The house has Doric columnns on the porch and exhibits some features of the Colonial Revival Style. This style incorporated elements of the Georgian and Neoclassical styles. The Colonial Revival style mimics American Colonial architecture around the time of the Revolutionary War and often features elaborate front doors, a common feature of colonial times. The Colonial Revival architectural style was in part a result of The Centennial Exhibition of 1876, which reacquainted Americans with their past. 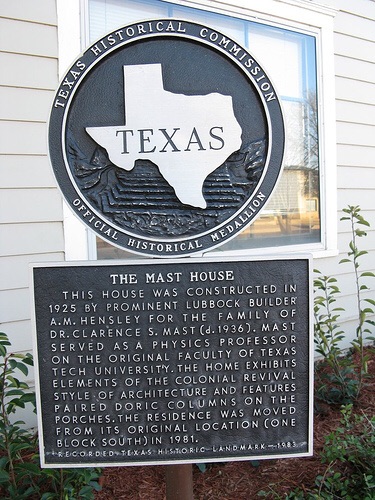 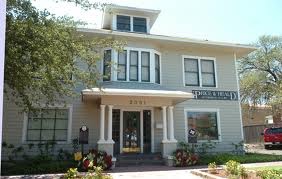 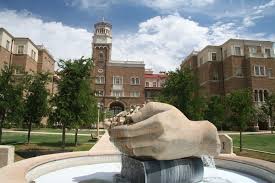 The university was integrated in 1961 with the admission of three African American students. The initial reaction was negative, resulting in the threat of a lawsuit. However, following this the university established a policy to admit "all qualified applicants regardless of color." In 1967, Danny Hardaway, a football player, became the first Black student to be offered an athletic scholarship. The first Black student to earn a doctorate was Hortense W. Dixon, who graduated in 1970.