The Guadalupe Mountains in Texas are most recognized as being a fossilized, inland sea reef dating back to the Permian Era. The history in these mountains possess over 10,000 years of stories regarding bloody battles between the Mescalero Apaches Indians and Buffalo soldiers before settlers and ranches came in and claimed the region. The mountains were also once a popular stop on the Butterfield Overland Mail Route, and still exists today as one of America's most immaculate wildness destinations. There are thousands of different variations of animal and plant species in the Guadalupe Mountains, and much like the Mescalero Apaches, they have learned to prosper in their hostile environment.

El Capitan: the most famous mountain top in the Guadalupe Mountains. Hundreds of rock climbers travel from all over the world to climb this world-class, limestone, traditional climbing experience. Photo courtesy of the National Park Service 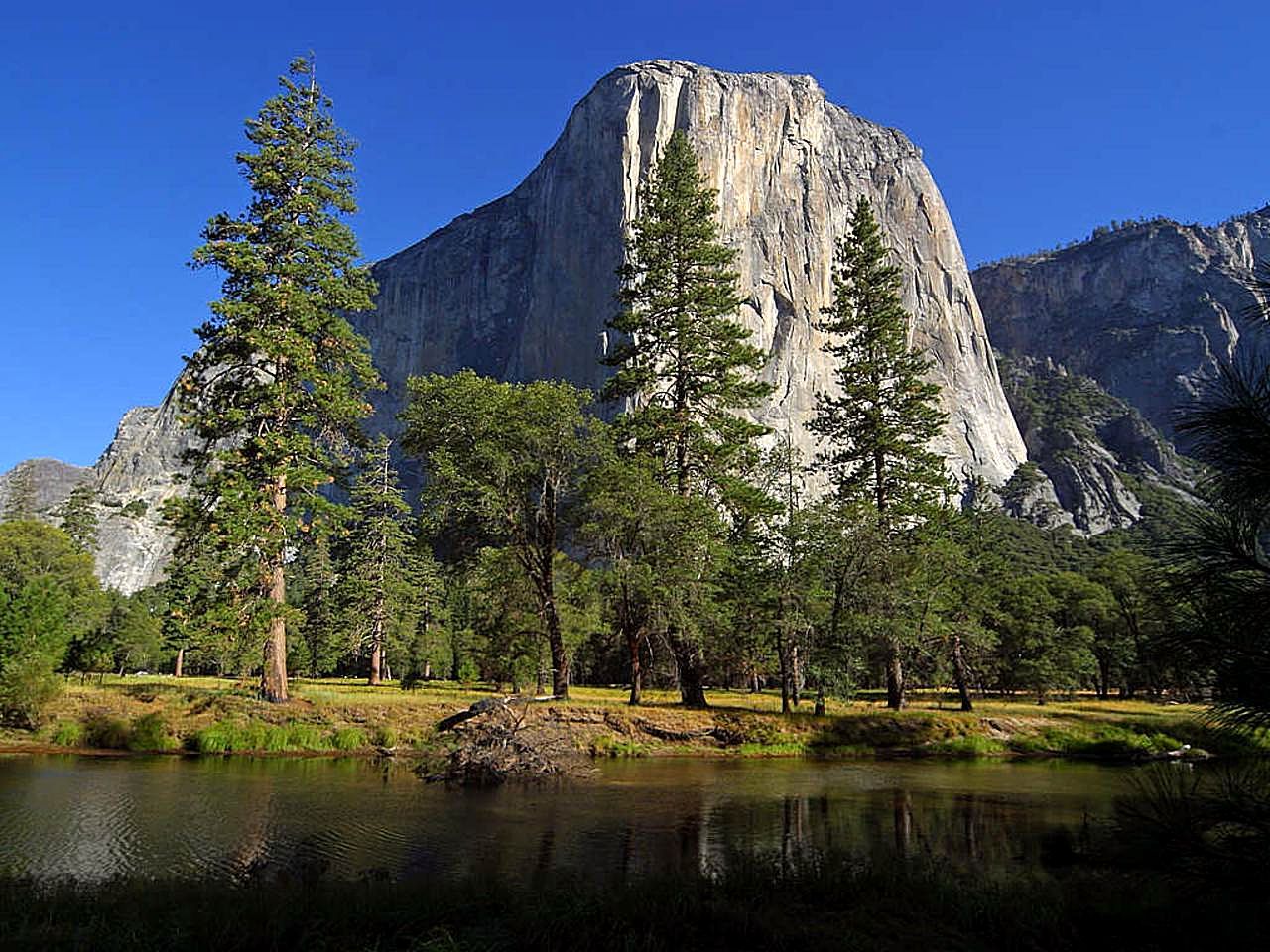 Aerial view of Guadalupe Mountains, TX., showing the kind of rough terrain the Mescalero Apaches were forced to adapt and live on. Photo courtesy of the National Park Service 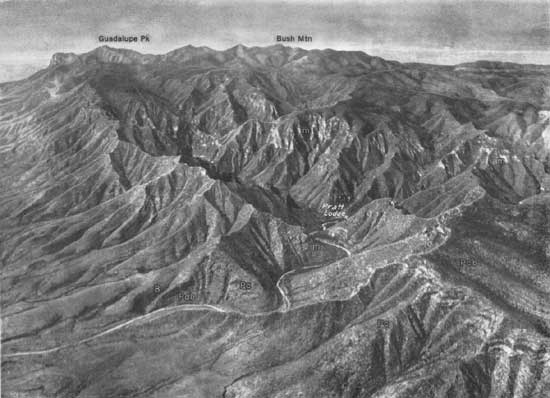 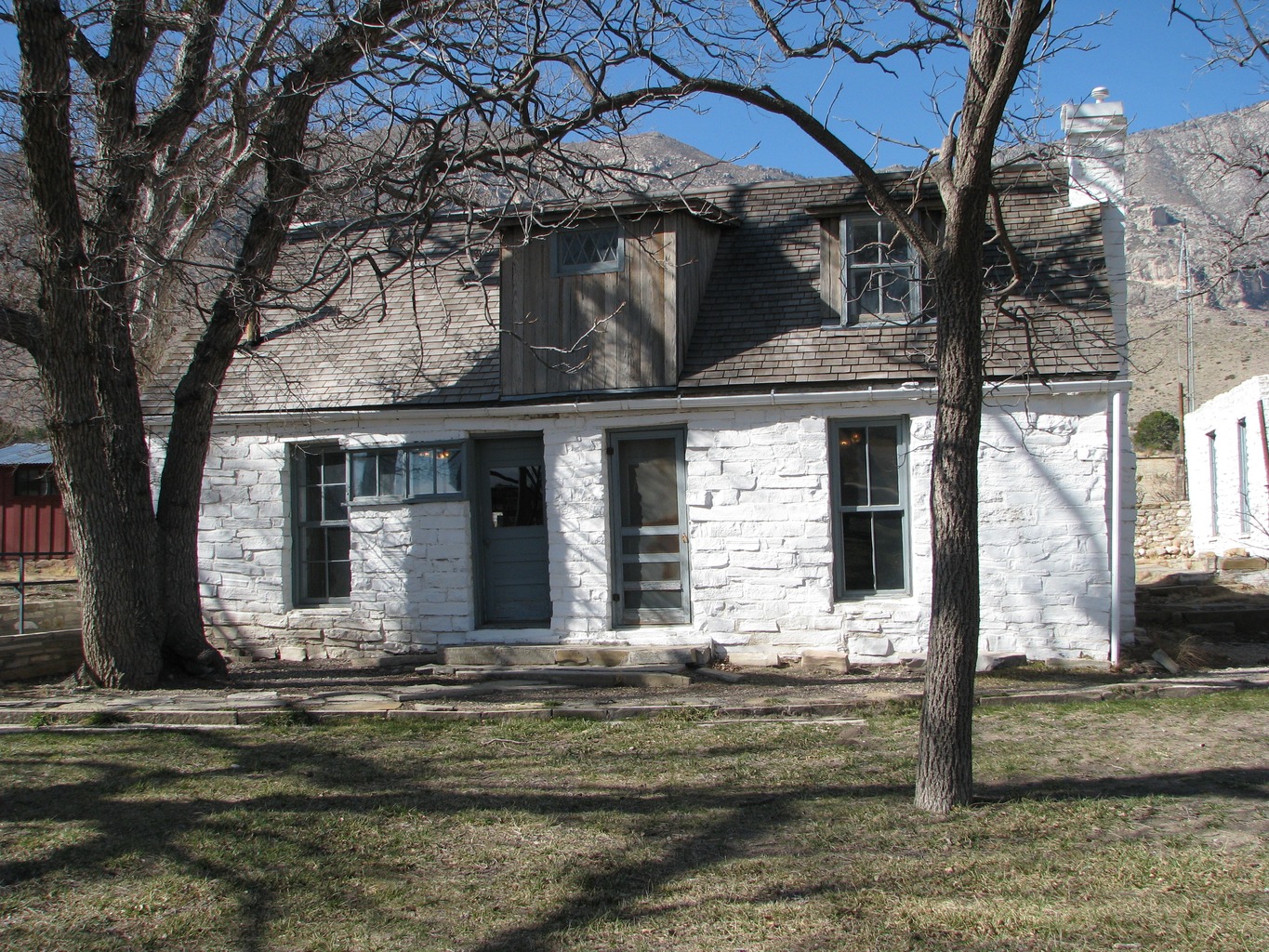 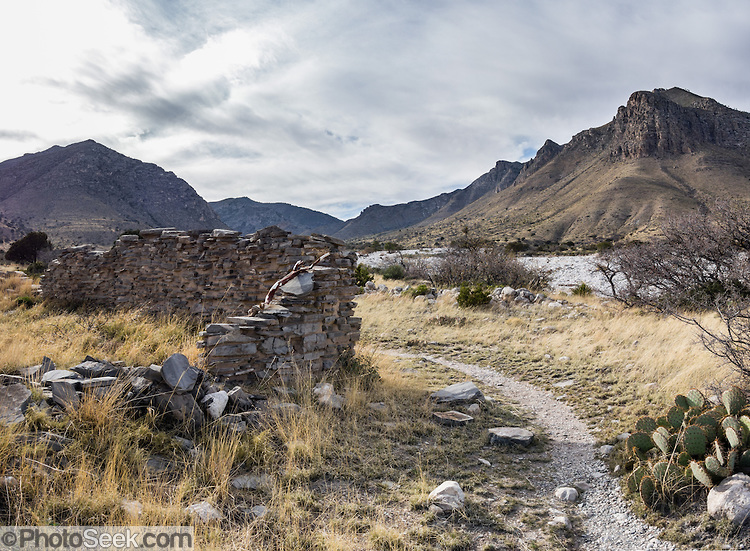 Rewind 265 million years ago to the Permian era and the Guadalupe Mountains were under an inland sea, thriving with creatures now unknown to the region.  Following the last ice age, climate change in Salt Flat took a major turn, transforming once a tropical sea into a brutal desert.  Due to the water depletion, the salt from the water was stored in the soil of El Paso and later served as a battle ground for the 1877 Texan Salt Wars.  However, hundreds of years before the Salt Wars, bloody conflicts between Native Americans, the Mescalero Apaches, and Buffalo Soldiers took place.  Following the U.S. Civil War, the Guadalupe Mountains became ranching and farming grounds for passing settlers, but none ever stayed in the mountains for an extended period of time due to the rough terrain and desert climate.

The Mescalero Apaches, or Nde (in-deh) Indians, relied on the Guadalupe Mountains as their final saving grace.  After losing a battle with the Comanches Indians in the early 1700s, the Apaches were forced to reside in the mountains.  They were a hunter-gatherer tribe who eventually learned to thrive off the land by hunting elk, mule deer, bighorn sheep and harvesting agave, sotol and bear grass, plus whatever else could be found.  For nearly 200 years the Nde Indians savored the Guadalupe Mountains, but not without a fight.  During the U.S. Civil War, when African Americans were experiencing emancipation, many joined the military, which still ran under white supremacy, to fight for land on behalf of the white American settlers.  These black soldiers were given the nickname "Buffalo Soldiers" and served in strictly segregated units.  The Buffalo Soldiers had orders to attack the Mescaleros on the great plains, as well as mapping and exploring the new and unknown region (considering it was too dangerous for the white soldiers).  By the end of the 1800s, the Mescalero Apaches were eliminated from the Guadalupe Mountains by the Buffalo soldiers, cavalrymen, cattle drivers, passing settlers and ranchers.

Settlers and ranches farmed and raised cattle in the Guadalupe Mountains for half a century before relocating due to failed attempts of survival.  The most successful of the ranchers were the Smiths, Belchers and Williams who later sold their property to a Mr. J. C. Hunter.  After the death of Hunter, his son sold the ranching land of the Guadalupe to the National Park Service for $22 an acre.  Today, the mountains are preserved for its geographical contexts, historical conflicts and fluxes, and for its wilderness.  Thanks to the geographical variations within the mountains, unique ecosystems live and strive.  Millions of organisms and species have adapted to the climate, much like the Native Americans hundreds of years earlier.  Cacti, desert succulents, ferns, multiple varieties of grasses, trees, shrubs, wildflowers and more exist alongside wild coyotes, elk, gray foxes, mountain lions and skunks in the wild.  Of course, the plant life attracts even more organisms such as hummingbirds, butterflies, bumble bees and various other insects that prey on the greenery.

If you are interested in planning a visit to the Guadalupe Mountains, be sure to hike on one of the fifteen nature trails that make up over 85 miles of interactive wildlife.  Many pictographs are still present on rocks throughout the mountains for visitors to observe and analyze, as well.  Or, if you like a challenge, try climbing the famous El Capitan.  There is also camping, bird watching, stargazing, horseback riding and backpacking. The Guadalupe Mountains are packed with history, life and spirits of all kinds, so plan your adventure today!