The Berry Cabin Marker. Thomas Lincoln proposed to Nancy, she accepted, and were married on June 12, 1806. 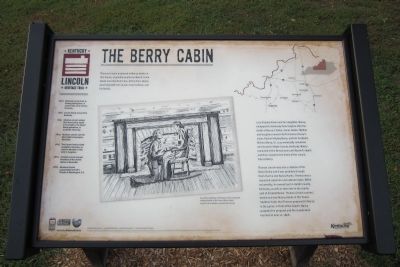 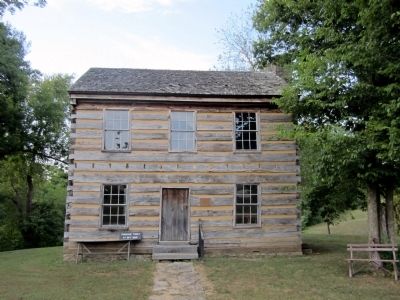 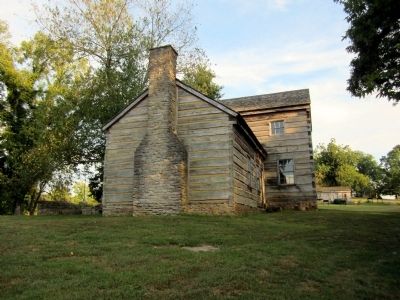 Berry Cabin Plaque. The Berry Cabin marker is in walking distance of eight other historic markers. For example, the Lincoln Cabin, The Nancy Hanks Memorial, and Lincoln Homestead State Park. 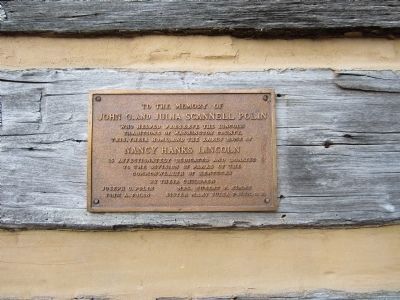 Nancy Hanks originally moved to Kentucky from Virginia with her mother, Lucy Shipley Hanks, after the death of her father, James Hanks. Nancy Hanks and her mother moved in with Rachel Shipley Berry, Lucy’s sister, and her husband, Richard Berry, Sr. Lucy Hanks later remarried and moved to Boyle County, Kentucky with her husband. Nancy Hanks lived at the Berry household until Rachel’s death. She then moved into another home of her cousin, Francis Berry.

Thomas Lincoln was not a wealthy man, but he was a respected farmer and cabinet marker with a reputation for honesty. Thomas Lincoln was a descendant of Puritan colonists and a member of the Church of Christ. Thomas also owned land with Hardin County, Kentucky and owned several town lots within Elizabethtown.