The ACES Museum offers a variety of programs and exhibits related to the experiences and service of African American, Hispanic, Asian, Native American, and other minority military veterans who served in World War II and other conflicts. The museum was created by a non-profit foundation that was incorporated in 2000 and began programs related to military history in 2001.

One of several exhibits inside the museum. 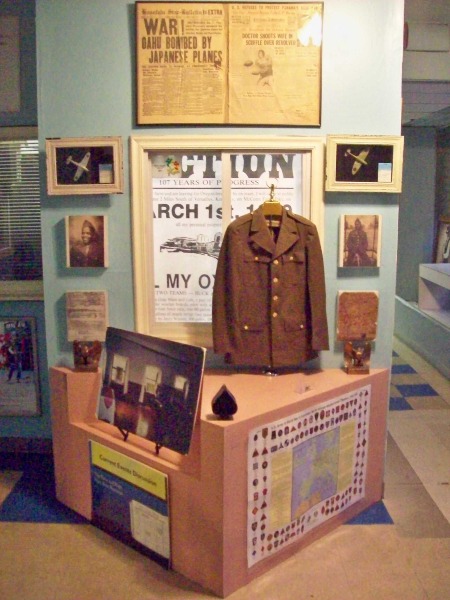 The name of the museum is based on the response of African American men when they were labeled "spades" because of their color. Rather than allow this to be a derisive term, many Black men decided to embrace the moniker and declare their intention to be "aces"-the highest ranking card in the game of poker, spades, and other card games.