The Lawrence County War Monument honors local soldiers who lost their lives during the conflicts from the Revolutionary War, Civil War, Spanish American War, and wars of the 20th and 21st centuries. The monument is located on the Lawrence County Courthouse lawn in Louisa, Kentucky and was dedicated on May 23, 1987. The monument is in the shape of a pentagon, which stands approximately six feet tall. The monument is made of Granite with the Wars, Soldiers Names, and the dedications inscribed into it.

The Anchor from The Favorite A Batwing Steam Wheeler located in Louisa, KY 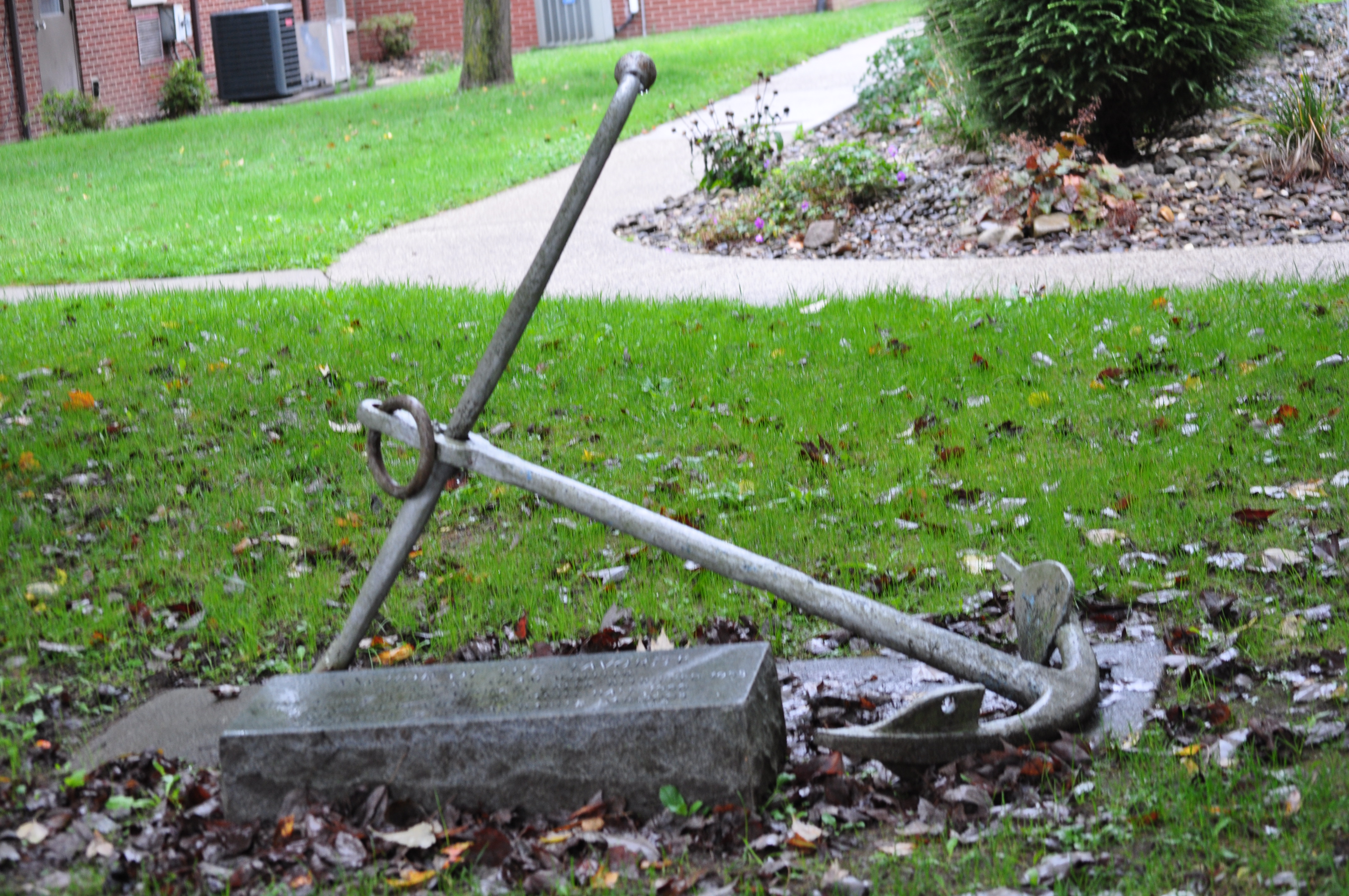 The Anchor from The Favorite A Batwing Steam Wheeler located in Louisa, KY Plaque 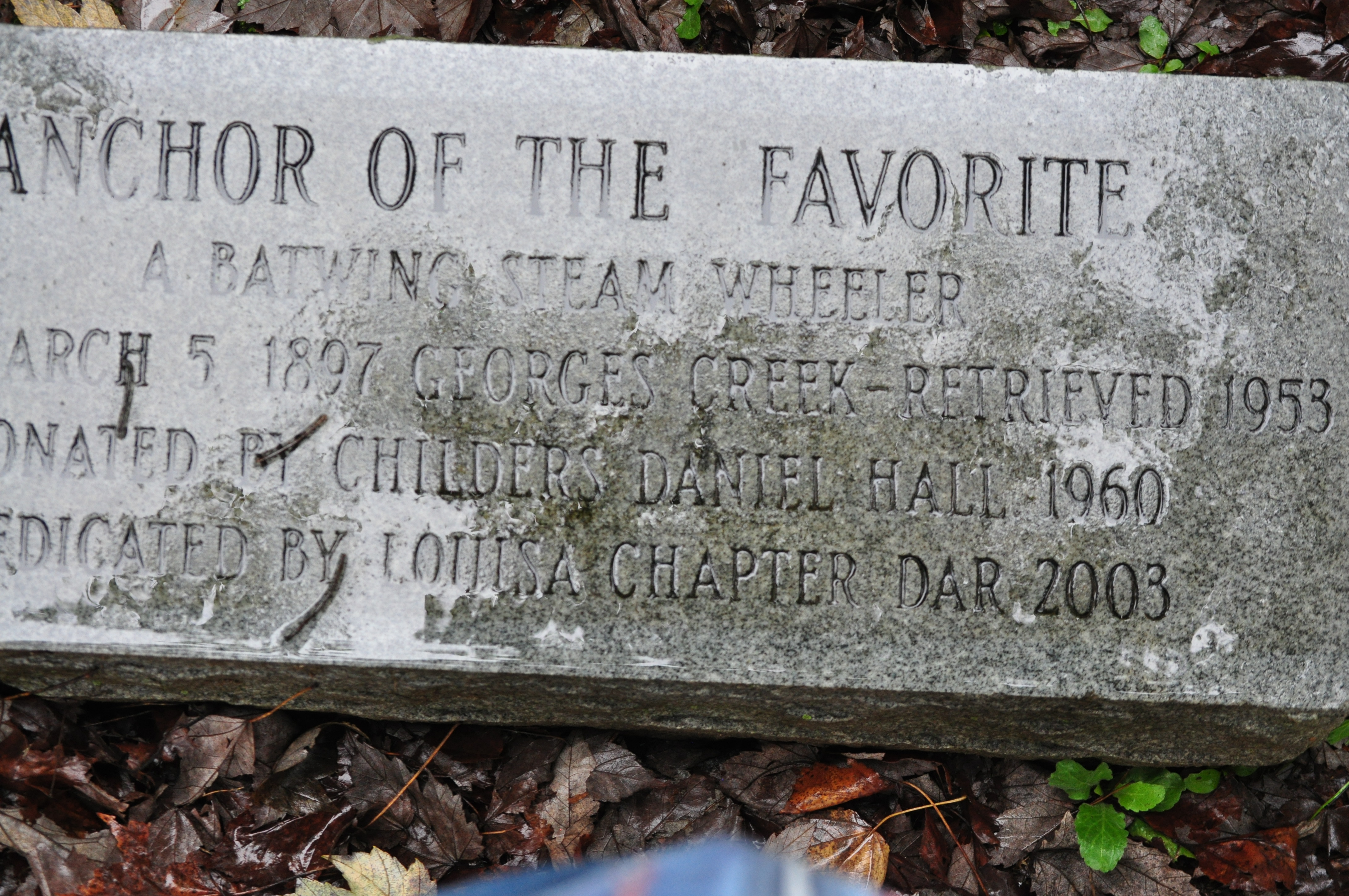 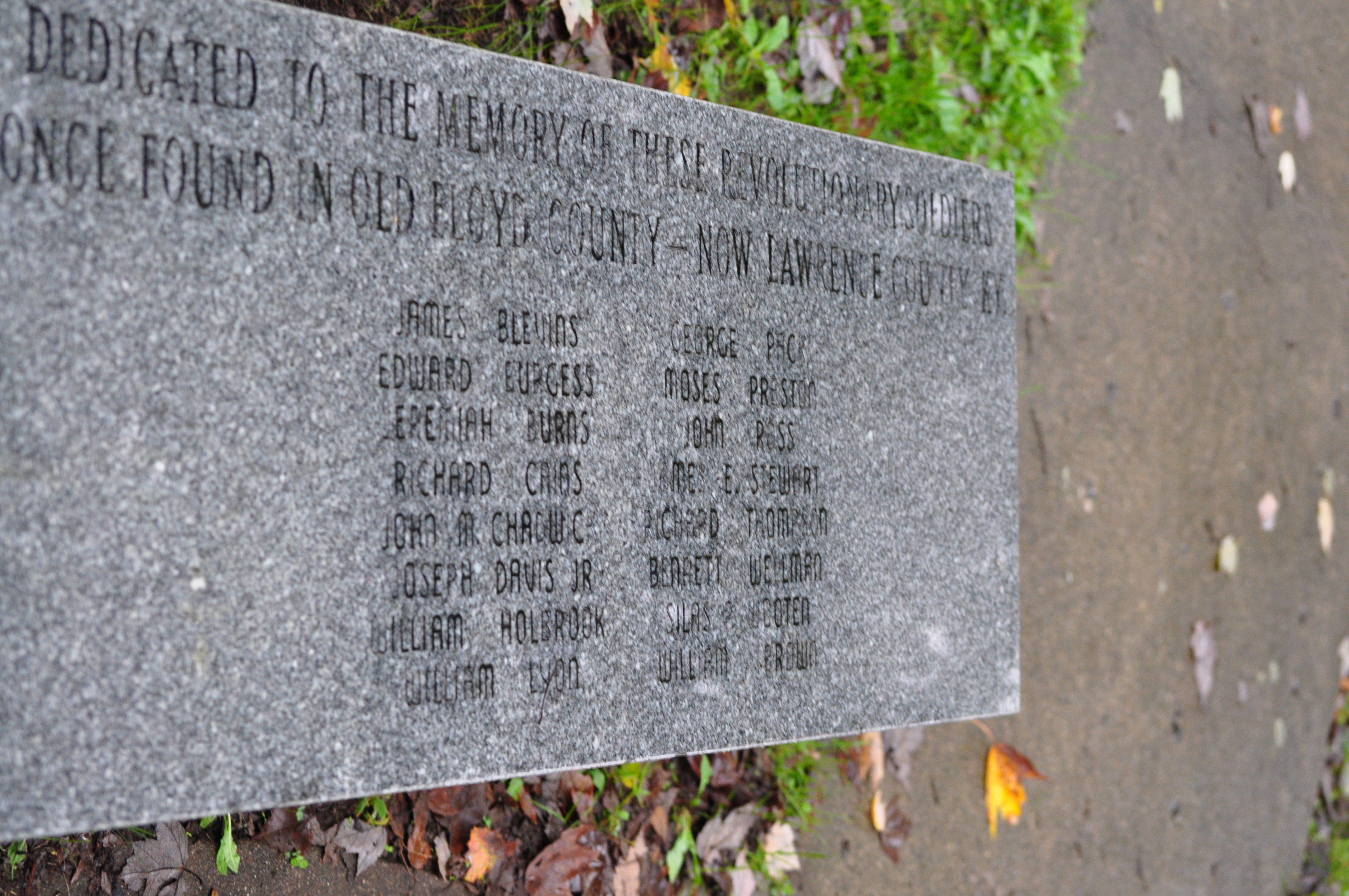 The Front of the Revolutionary War Monument located in Louisa, KY 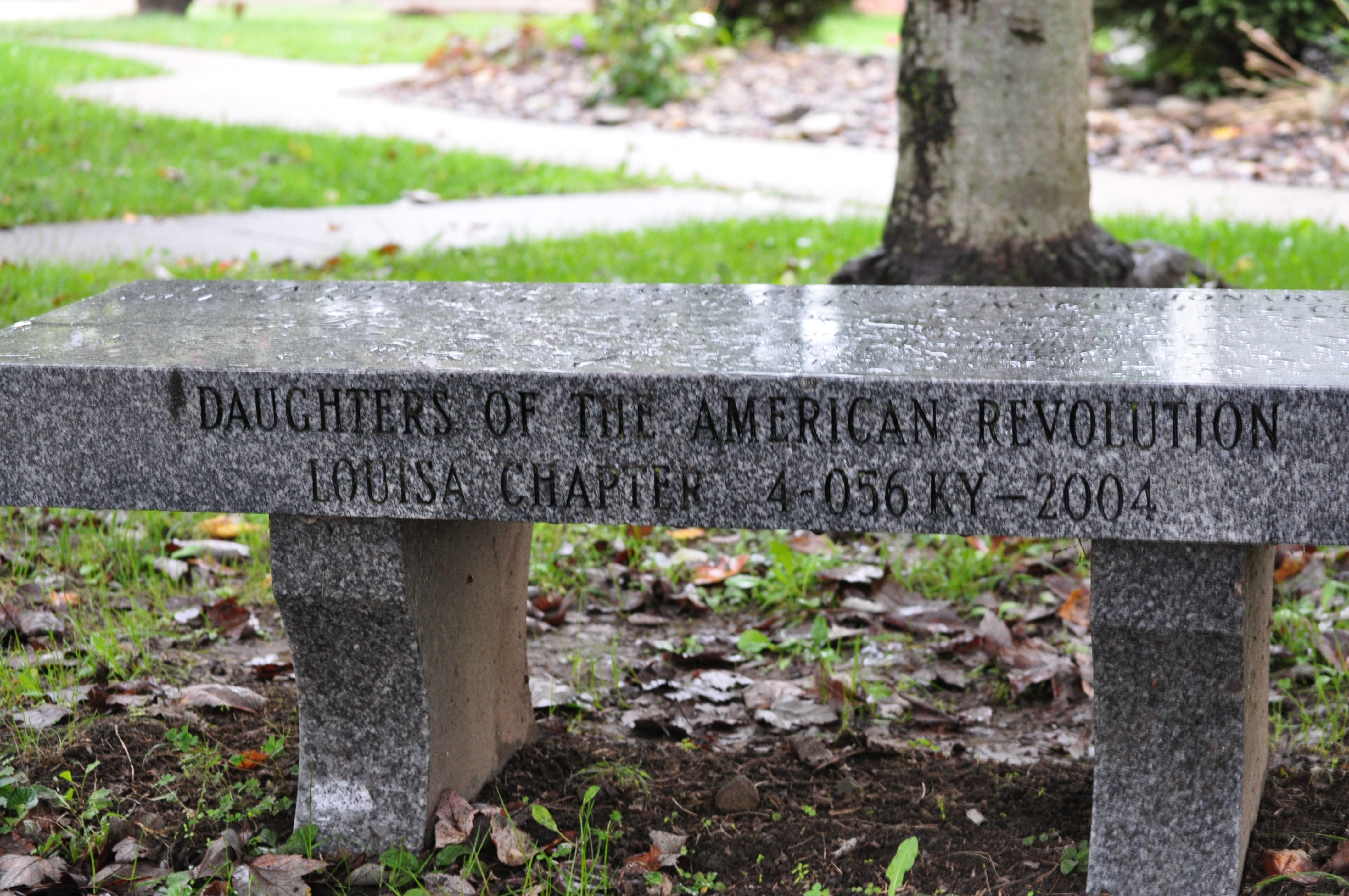 War Monument on the Courthouse Lawn in front of Lawrence County Courthouse in Louisa, KY 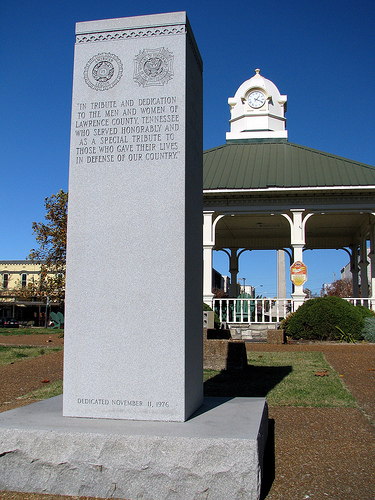 The monument includes symbols that represent each branch of the United States military and the names of those from the county who lost their lives in each major war and conflict.