The Petrified Sea Gardens is the site of one of the best examples of stromatolite fossils in the world. Stromatolites are the fossilized structures of 1-2 feet tall algae colonies and other life forms that once existed in shallow tropical waters during the Cambrian period, about 515 million years ago (at that time, what is now North America was further south in the equator). The stromatolites were later "planed" by glaciers, revealing the circular structures in which they were formed. The site was was placed on the National Register of Historic Places and designated a National Historic Landmark in 1999. It is also a National Natural Landmark. 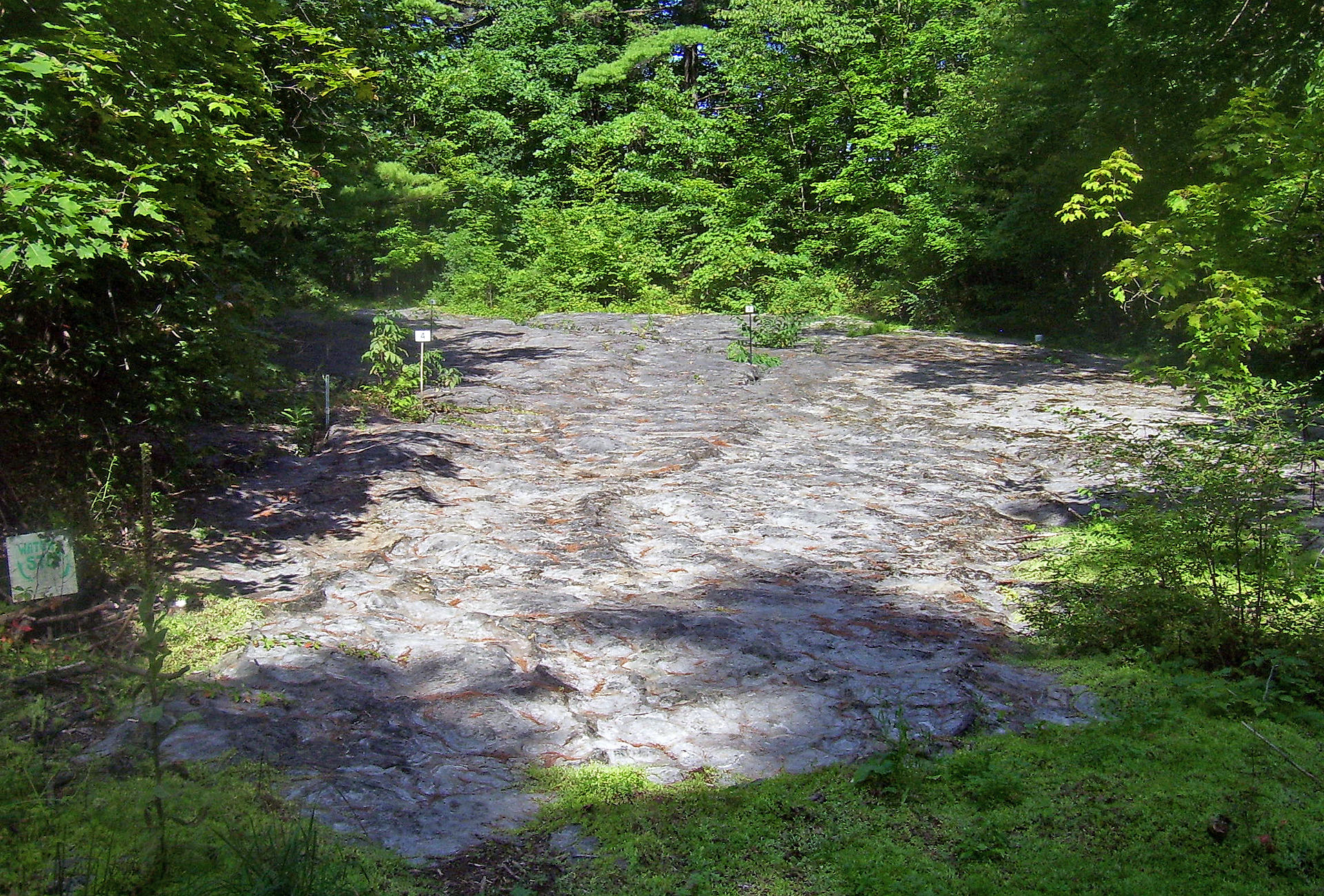 Closeup of the stromatolites 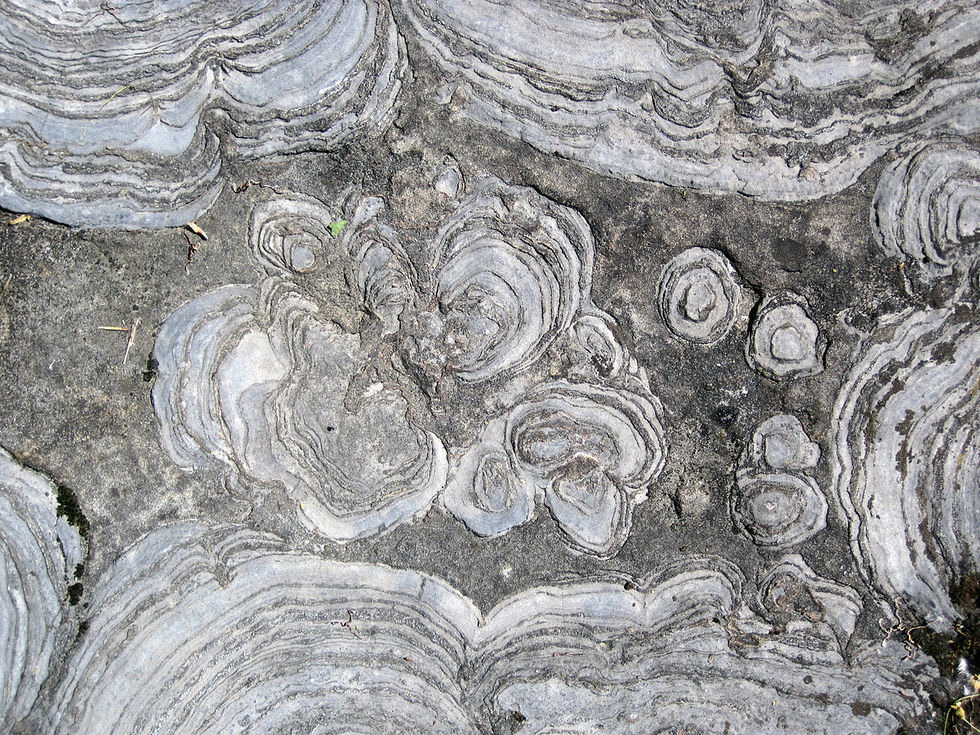 The stromatolites were discovered in 1922 by stonemason and amateur geologist Ritchie Park, who owned the land on which the site is located. Geologists were not sure what the fossils were exactly at first, and there was a a question as to whether they were organic or inorganic. Eventually, they were recognized as organic and designated as the new genus, stromatolites. Ritchie opened the area as a park (called Ritchie Park) in 1922 and for a long time was managed by the Friends of the Petrified Sea Gardens. In 2006, a private gravel company bought the land and the site is not open to the public.