This military base is the location of the deadliest shooting on military property in American history. On November 5, 2009, Nidal Malik Hasan entered his work and fatally shot thirteen people and injured over thirty. As if going through this living nightmare once was not enough, Fort Hood’s residents and military personnel experienced another brutal shooting on April 02, 2014. This time Army Specialist Ivan Lopez murdered four people and injured fourteen others before taking his life. Fort Hood has been a mass murder scene on two separate occasions for men and women who committed their lives to the protection of our country.

This sign marks the entrance to Fort Hood, one of the largest Army bases in the United States. It is also the place of two of the deadliest mass shootings on military bases. 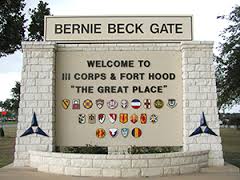 Thirteen people died in the 2009 shooting.

Five people died in 2014 shooting, including the perpetrator. 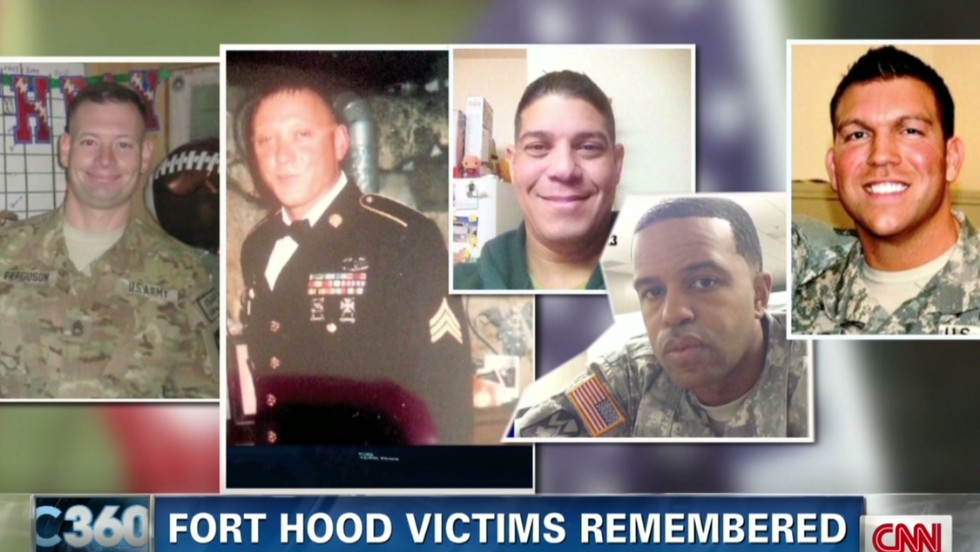 On July 31, 2009, Army psychiatrist Nidal Malik Hasan entered a gun store and bought a semi-automatic pistol, the pistol that he would use in the deadliest attack on a military base in history. Hasan entered his workplace at Fort Hood on November 5, 2009, and took a seat at an empty table, bowing his head in prayer. He then screamed "Allah Akbar!” and started firing his weapon. Several fellow soldiers tried to charge him, but he wounded or killed them. Hasan also shot at police outside the building as well as soldiers and civilians that were running from the gunshots. Sergeant Mark Todd commanded Hasan to stop shooting, but Hasan turned and fired at him. Todd fired shots in return, hitting Hasan and causing him to collapse on the ground. As the nurses and doctors arrived to help the wounded, they told the media that blood was ubiquitous, which made standing extremely difficult. Police found 146 shells inside the building and 68 shells outside the building. Hasan’s coworkers described him as a loner and a devout Muslim. Although some believe Hasan's actions were a terrorist attack, the military deemed Hasan’s actions as workplace violence because Hasan exhibited mental illness behavior. The shooting rendered Hasan paralyzed from the waist down, and he is currently on military death row.

Five years later, Fort Hood’s military personnel fell victim to another shooter. On April 02, 2014, Army Specialist Ivan Lopez opened fire at the transportation administrative office. Lopez targeted workers at this office because they did not accept his request for a ten-day leave. When Lopez challenged this decision, he had an altercation with several of the office workers. This altercation resulted in his shooting multiple people. After Lopez had fired several rounds in the office building, he continued his vicious attack by shooting at pedestrians walking along the street as well as drivers. Lopez’s reign of terror concluded when a female soldier shot him. Before the authorities could arrest Lopez, he committed suicide. Following the shooting, the authorities discovered that Lopez suffered from severe psychiatric issues as well as post-traumatic stress disorder. Lieutenant General Mark Milley, the post's commanding general, told CNN, "We have very strong evidence that he had a medical history that indicates an unstable psychiatric or psychological condition." His mental illness combined with his severe financial troubles contributed to his reasons for committing this terrible act. In addition, Lopez purchased his weapon from Guns Galore, the same store where Nidal Hasan bought his murder weapon in 2009.  Fortunately, Fort Hood invested in an updated emergency alert system following the 2009 shooting. This modern system is responsible for saving many lives in the 2014 attack because it provided a clear warning as soon as the shootings started.