After the Civil War, the United States Congress created six new US Army regiments specifically designed for Black troops. The Tenth Cavalry was one of these regiments and was formed in 1867 under Col. Benjamin Grierson. The order to create the Black regiments contained a stipulation that they must be led by white commanding officers. Due to problems of racial discrimination faced at the regiment’s original station at Fort Leavenworth, Kansas, the regiment moved to Fort Concho in San Angelo in 1875. 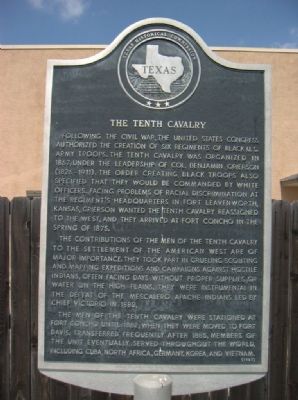 Image of the Tenth Cavalry 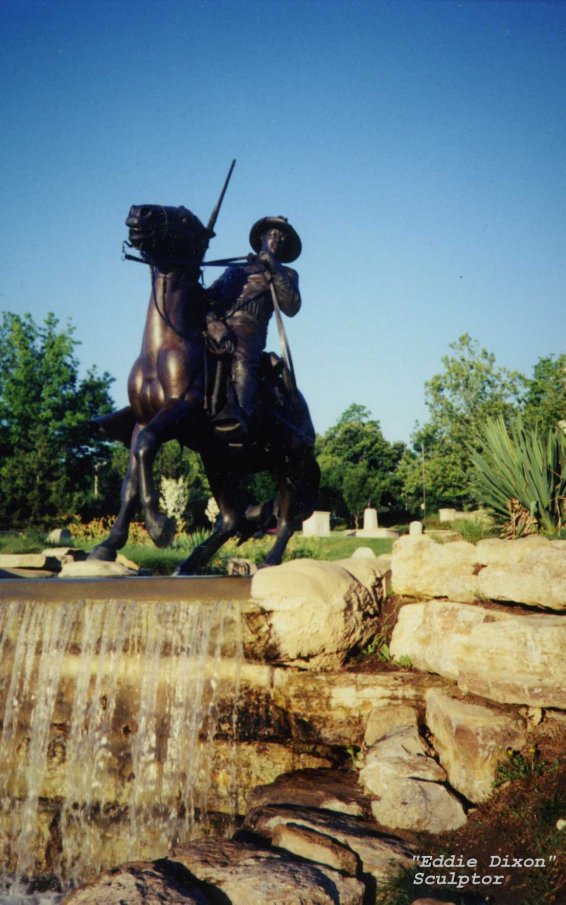 The regiment served in combat during the Indian Wars in the Western US, the Spanish-American War in Cuba, and the Philippine-American war. The regiment was changed to a non-combat unit and served as such during World War II until it was deactivated in 1944. The 10th Cavalry was then reactivated in 1958 as an integrated combat unit. Since then, the regiment has served in a number of conflicts, including the Vietnam War, Operation Enduring Freedom, and Operation Iraqi Freedom.

The 10th Cavalry was one of the original “Buffalo Soldier” regiments. Eventually, the term came to refer to all African-American regiments formed during this period; however, the term originates with the 10th Cavalry. There are a number of stories and legends surrounding the nickname “Buffalo Soldier.” One of the more popular stories comes from a confrontation between a member of the 10th Cavalry Regiment and Cheyenne Native Americans in September of 1867. Private John Randall, a member of Troop G, was escorting two civilians on a hunting trip. Seventy Cheyenne soldiers attacked Randall and the civilians. The civilians were soon killed, but Randall’s prowess in combat led the Cheyenne to telling others about this new type of soldier they encountered, “who had fought like a cornered buffalo; who like a buffalo had suffered wound after wound, yet had not died; and who like a buffalo had a thick and shaggy mane of hair.”