Located near present day Hillsborough, North Carolina, the Occaneechi Village sits along the banks of the Eno River. The village was one of the last walled American Indian villages visited in the late 1600s by European explorers. At the village, visitors can access an information kiosk. There is also a portion of the stockade fence which served as the wall at the village. Two historically accurate dwellings are on display at the village. This portion of the village was rebuilt by Orange County, the Town of Hillsborough and the Occaneechie Band of Saponi Nation to serve as an educational display.

When excavating, archaeologist from the University of North Carolina found a small village consisting of about twelve wigwam houses. Two of these wigwam houses were recreated for the current Occaneechi Village. 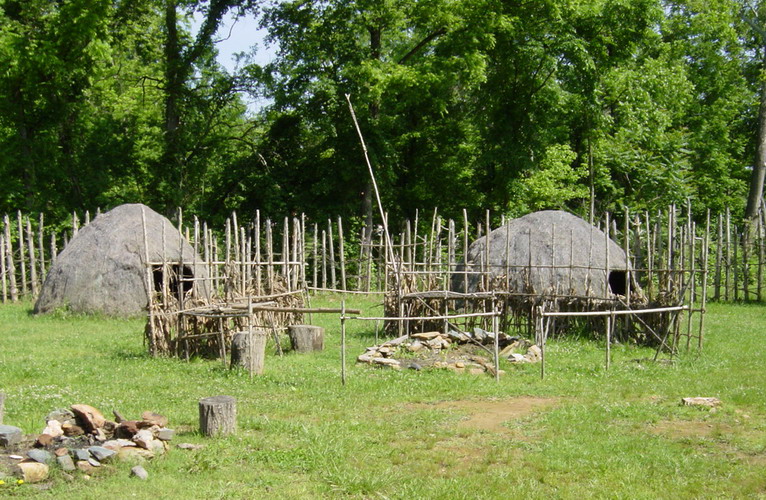 John "Blackfeather" Jeffries leading the rededication ceremony for the village on December 17, 2016. Photo by Mark Schultz at the News and Observer. 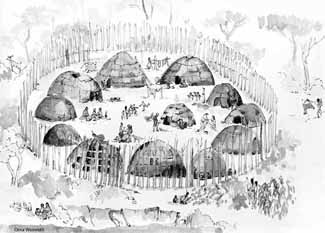 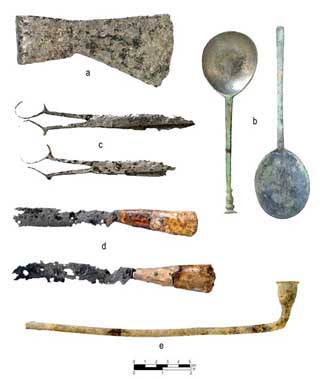 The first historical mention of the Occaneechie was in 1650 by an English explorer.  The explorer learn that the Occonacheans in the Roanoke River on a small island.  On the north bank of the river the tribe farmed cornfields. During the 1660s and 1670s the Occaneechi participated in the fur trade with various Piedmont tribes and Virginians.  Although the Occaneechi language is no longer used, scholars believe that it was an eastern Siouan language that was similar to the dialect used by Saponi and Tutelo.

Colonist Nathanial Bacon along with other English settlers ambushed the Occaneechi in 1676 driving the tribe from their island. Migrating south, the tribe moved from Roanoke to the Eno River in present day Orange County. The Occaneechi tribe transferred north of the Meherrin River by the early 1700s.  Here they received protection from Virginian colonists at Fort Christanna.  Also seeking protection from the Virginia government was the Saponni, Tutelo and Meipontsky.  Under the name Saponis the tribes became united into a single community and the Occaneechi tribe lost their identity.

The Occaneechi began moving into Ohio and other Midwestrn states in the 1820s.  Here they joined their relatives.  The tribe organized under the name Occaneechi Band of the Saponi Nation in the late twentieth century.  The tribe was formally recognized by the state of North Carolina in 2002.  Today, Alamance and Orange counties serve as the primary homes for the Occaneechi Indians.

The Occaneechi village in present day Hillsborough was excavated by archaeologists from the University of North Carolina Chapel Hill between 1983 and 1986.  They found a small village consisting of about twelve wigwam houses.  These houses were surrounded by a central square and sweat lodge. A defensive fortification protected these small dwellings.  Located outside of the community was a cemetery.  The large amount of graves suggest the Occaneechi participated in various battles with the Iroquois.  It also suggests they were devastated by the European diseases that killed many Indians during the 1700s.  Clay pottery, stone tools and European objects such as beads and axes were found during the excavation.  A diet of corn, beans squash and deer and suggested by the animals bones and pant remains that were found.

While the site has been deteriorating over the course of the early twenty-first century, a recent revitalization project has begun to restore the educational interpretive village. This collaborative effort to rebuild and repair the site is funded by a $20,000 grant from the town of Hillsborough and Orange County, and in conjunction with the tribe and the local Alliance for Historic Hillsborough. This effort will have the site ready for visitors later in the spring of 2017.