The Henry DeLand House, now the Green Lantern Inn, is a historic home in Fairport, New York. It was built by Henry Addison DeLand, a baking soda manufacturer, and designed by John Thomas in the Second Empire style. It was one of the first houses in the area to have indoor plumbing. It remained in the family until the early 1900s and its next owners added stained glass windows, electric chandeliers, and made other changes. The home was converted into an inn in 1925. After renovations between 1976-1986, it became a banquet hall and catering service. The house was added to the National Register of Historic Places in 1980. 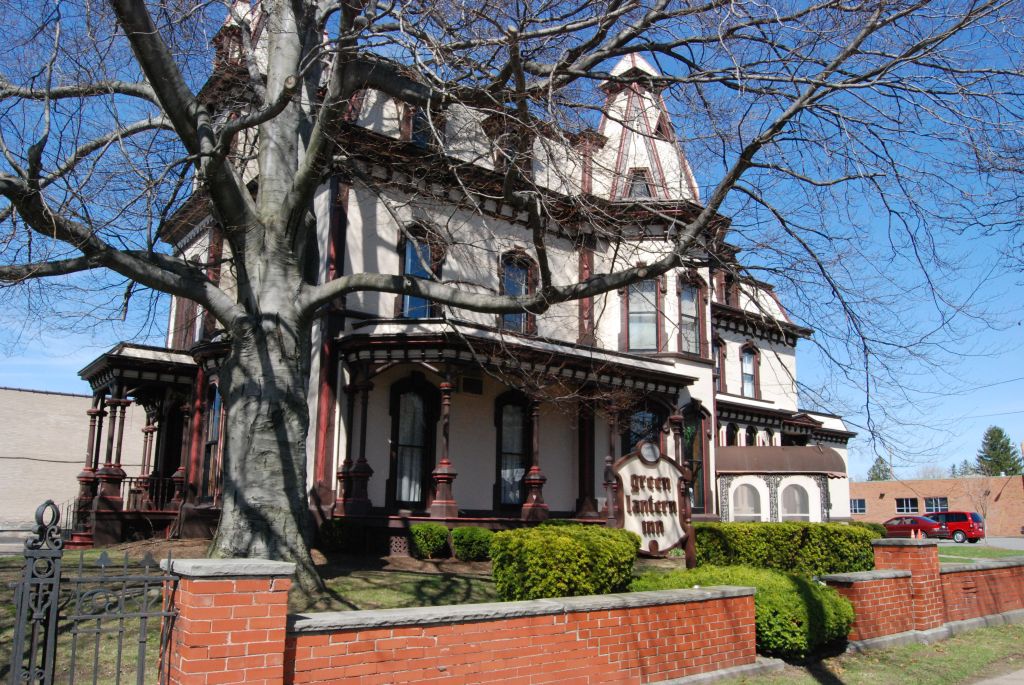