Central Square Station Museum is a former train depot dedicated to preserving the railroad heritage of Central Square, New York. It is operated by the Central Square chapter of the National Railway Historical Society, the largest such society in the country. The station was originally built in 1868 by the New York, Ontario, and Western Railroad. A fire destroyed it in 1903 and was replaced in with a new station in 1909. Several locomotives and cars are on display outside the station, including a former circus car which features exhibits inside. The society also operates the Martisco Station Museum in Marcellus, New York. Every year at the state fair, the society puts several train cars on display. The development of the Central Square Station is an ongoing process and will eventually have a library and public meeting rooms in addition to the museum itself. 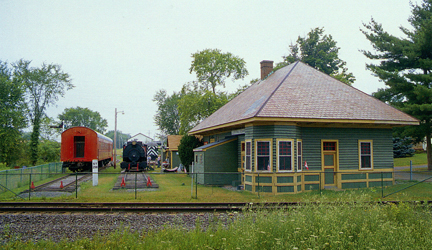 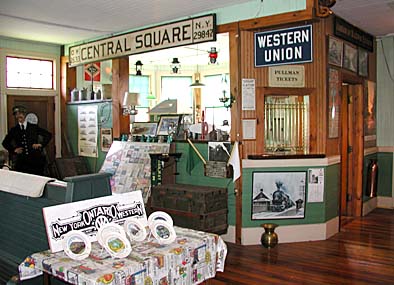 The society was formed in 1934 and the chapter in 1940, although it was not officially charted until 1960. A few railroads used the train lines, but now only the C&X operates freight service between Syracuse and Montreal.