View of City Hall and its 196-foot clock tower 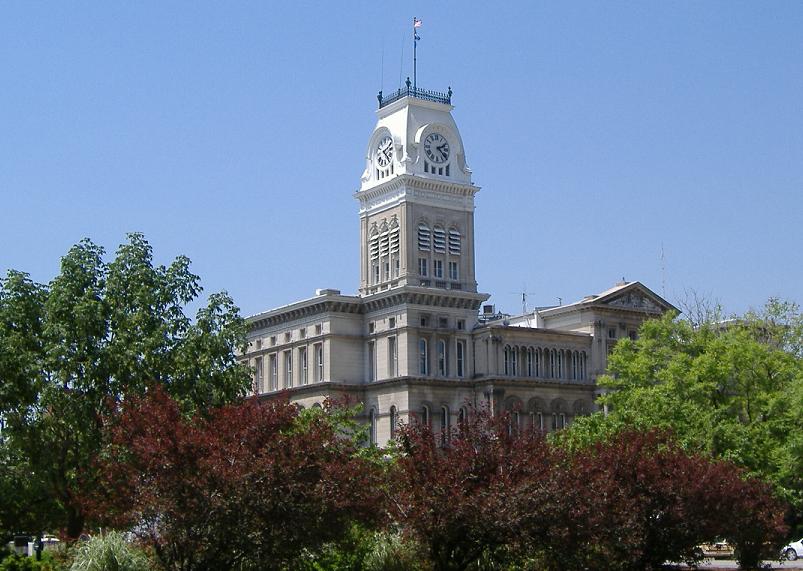 Another view of City Hall 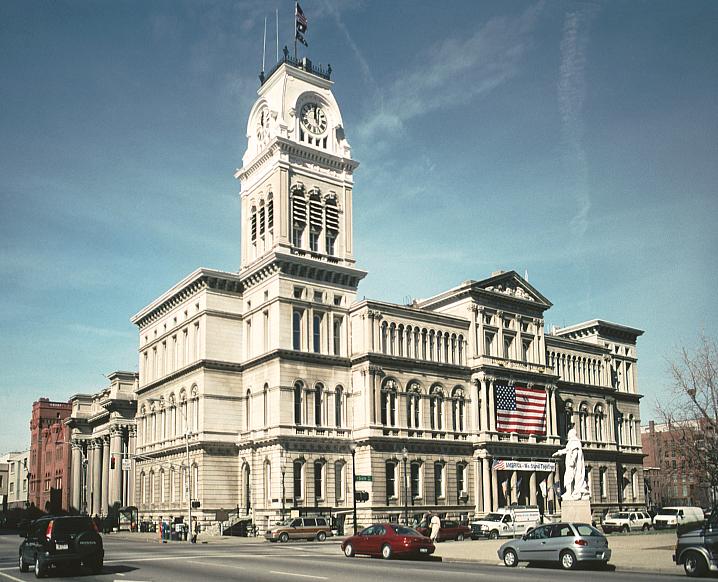 In April 1867, architects John Andrewartha and C.S. Mergell won a competition to design a city hall for Louisville. Original designs set the courthouse to be three times its current size, complete with a three-story portico entrance. After several options, the design was finalized and set for construction in 1870. City Engineer, I.M. St. John, was designated to oversee the project, while Andrewartha was named the managing architect.

It took three years to finish the project. The city used stone from the White River quarries near Salem, Indiana. The total cost came out to $464,778.

Using a combination of Italianate motifs and a French Second Empire style, City Hall is typical for the post Civil War era, in which it was built.

The prominent bas relief of the city seal also displays a train "ploughing into the wilderness," bearing the slogan, "Progress, 1871." It is clear how important the railroad was to Louisville at the time. Additionally, other carvings, such as that of livestock, display the central role of agriculture in Louisville in 1873.

Perhaps the most visible aspect of City Hall is the 196-foot clock tower. The bell in the clock has gone through two major periods of silence. First, in 1964 the clock broke, leaving a silence for four years, until it was repaired again 1968. Once again in the 1970s, the clock was silenced and remained silent until 1991.