Brothers Robert and Mason Heavener, from a significant Montgomery County family, built the Blacksburg Motor Company and opened a shop at this 400 South Main Street location in 1924. The company was at the forefront of the transition to automotive transportation in Blacksburg. The building was damaged by fire in 1933, but despite the Great Depression, the company was able to quickly rebuild. The rehabilitated structure took on elements of the art deco style. For the rest of the twentieth century, the building served as a variety of automotive businesses. The city of Blacksburg purchased the building in 2007, undertook an environmentally-conscious historic rehabilitation of the building, and added a historic marker telling the history of the Blacksburg Motor Company. 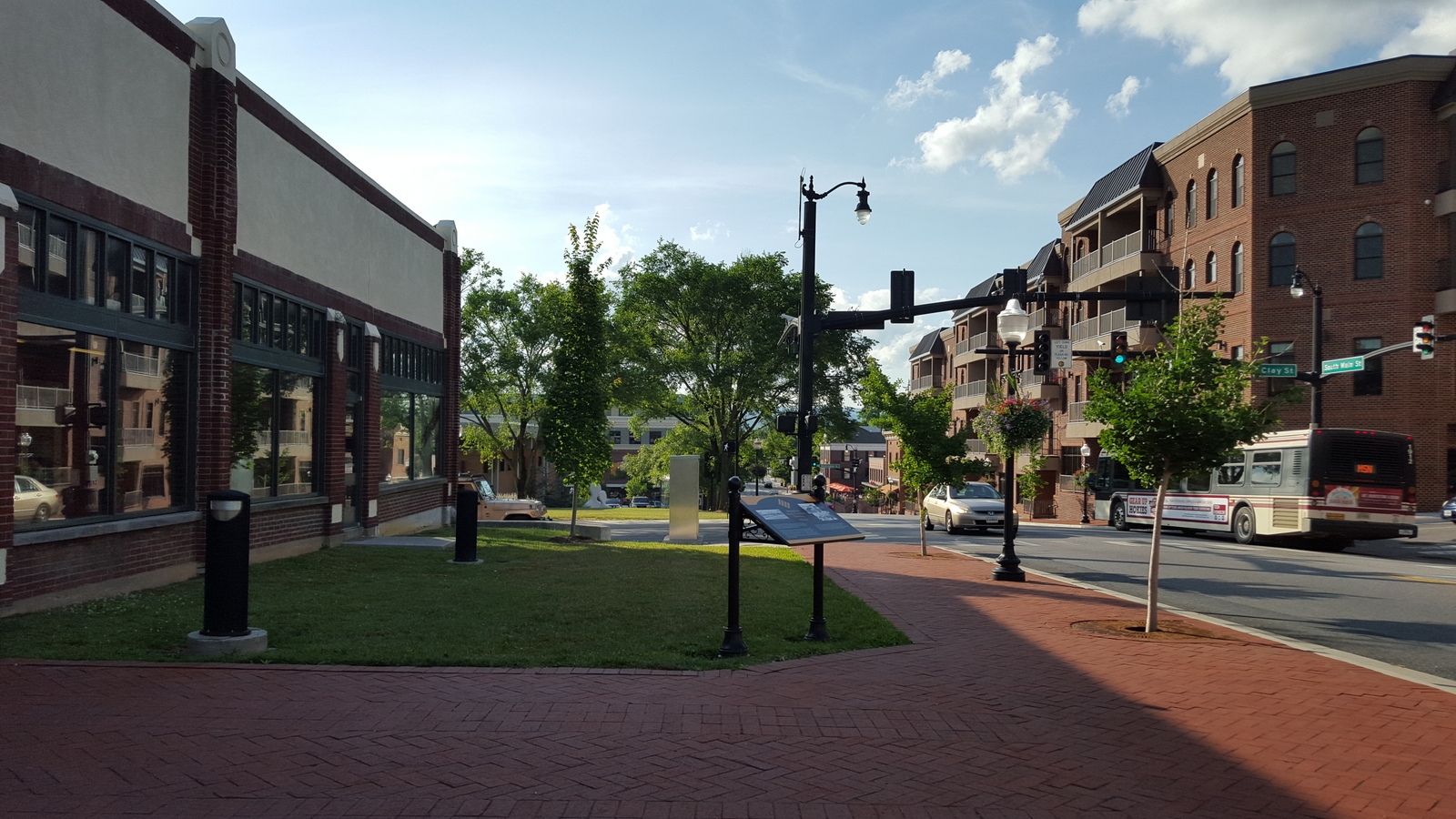 Blacksburg Motor Company, from Virginia Department of Historic Resources (reproduced under Fair Use). 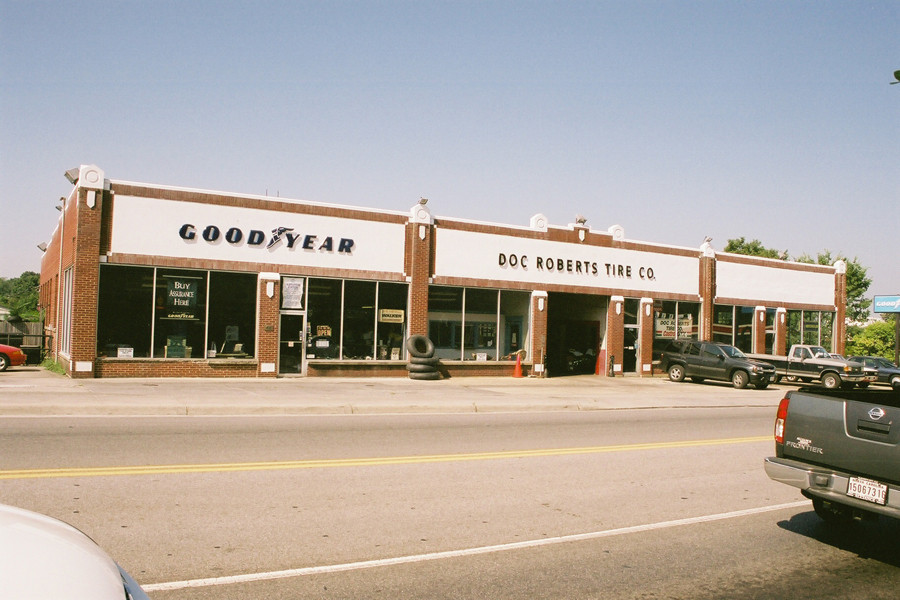 Prior to World War II, there were scores of auto manufacturers operating throughout the nation, and over a hundred dealerships, many of which were involved in some aspects of the manufacturing business. These dealers-manufacturers assembled automobiles using engines, chassis, and other parts from major manufacturers, often adding a bit of their own flair. The Heavener brothers moved their business to the 400 Main Street location in 1924, near the railroad tracks.

After the 1933 fire, the building was quickly reconstructed with an addition. A brick structure with a metal roof, the building is in the Art Moderne/Art Deco style, featuring tin ceilings, arches, and terrazzo floors. For several decades, the dealership embedded itself into Blacksburg life; the Blacksburg Volunteer Fire Department once housed its fire trucks at the company, which proved convenient during the 1933 fire, and the Volunteer Rescue Squad purchased its first vehicle from the company. The Heavener brothers operated the company until 1976. The building served a variety of functions related to the automotive industry -- a filling station, a tire store, a Chevrolet dealership, and a repair shop until the Town of Blacksburg purchased it in 2007.

The town performed historic rehabilitation to use the building for municipal purposes. These renovations earned the town the Platinum Leadership in Energy and Environmental Design (LEED) certification. The National Register of Historic Places added the building in 2008.