The Green Park Inn is a historic hotel located in Blowing Rock, North Carolina. Built in 1882, it situated along an entrance to the Blue Ridge Mountains. Given this location, it has attracted tourists and celebrities alike since its inception. Three businessmen, including a former Civil War veteran Major George Washington Findlay Harper, built the hotel in order to accommodate guests who sought the region's cooler climate and mountain views. It is the last of the "grand manor" hotels left in western North Carolina and the second oldest one still in operation in the state. It closed facing foreclosure in 2009 but the New York City real estate businessmen Eugene and Steven Irace bought it a year later and began extensive renovations. The hotel reopened in 2011. The town's first post office was housed in the hotel and it still remains as the "History Room," which tells visitors about the hotel's history. The hotel was placed on the National Register of Historic Places in 1982. 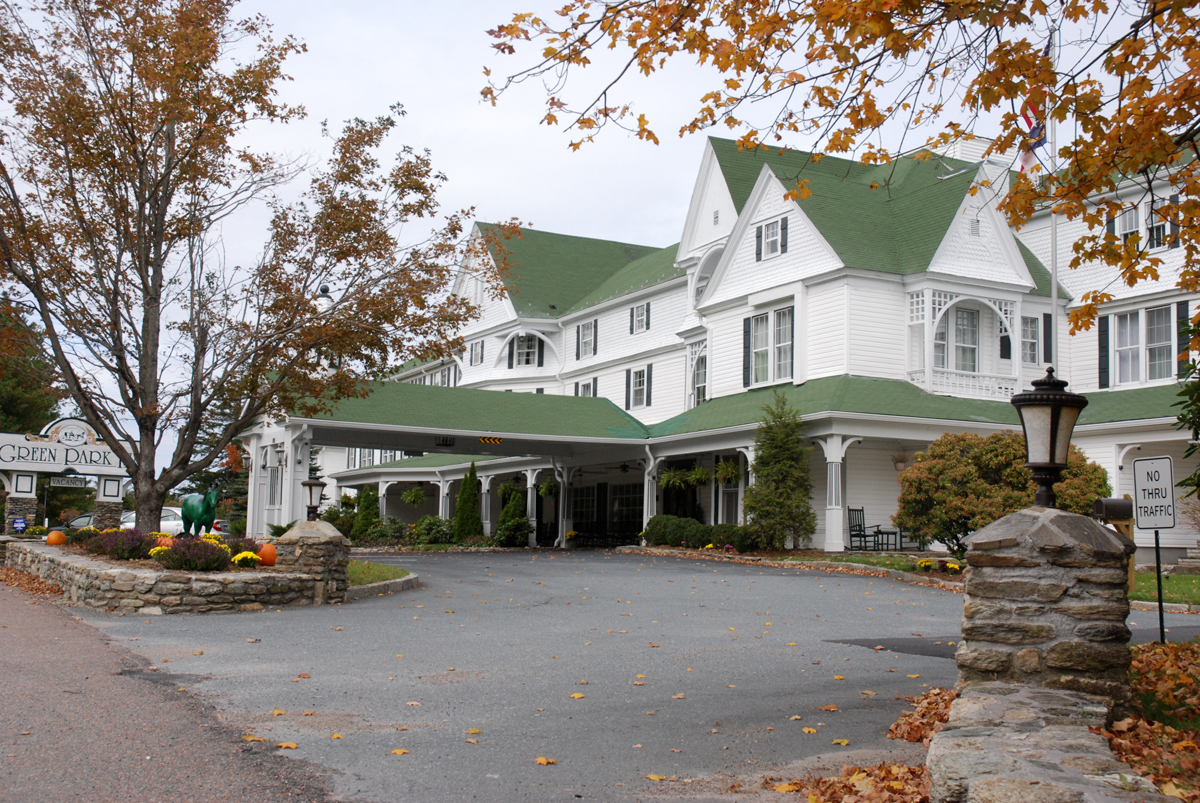