Playland Park was a multipurpose amusement park that appeared in the 1880s to supply entertainment for local residents, including baseball, a dance hall, horseracing, a NASCAR race, and an amusement park.

The horse track featured at Playland Park with the concrete grandstands that are still present in the area today. 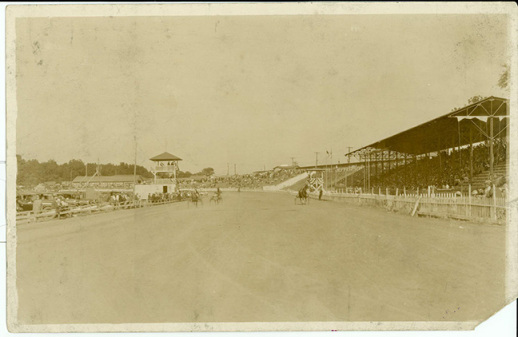 An overview of the amusement park. 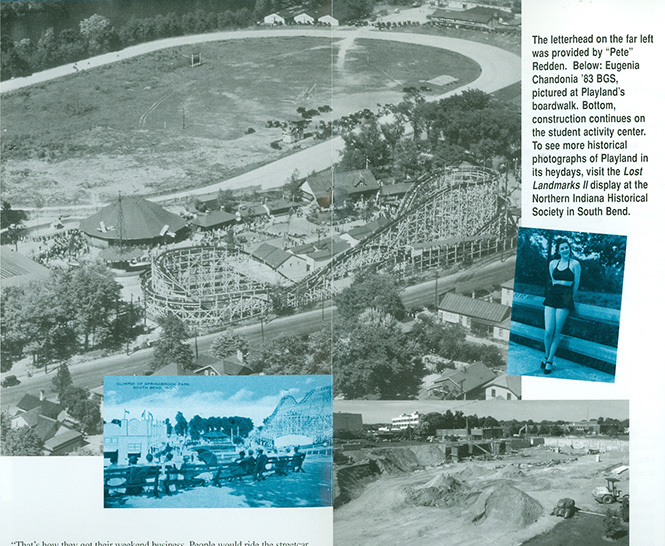 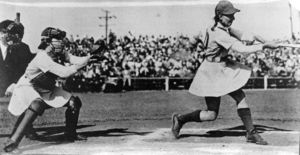 The grandstands, the only part of the park that remains today. 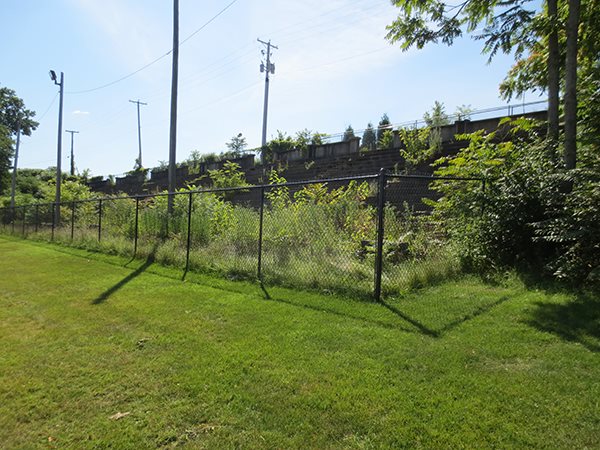 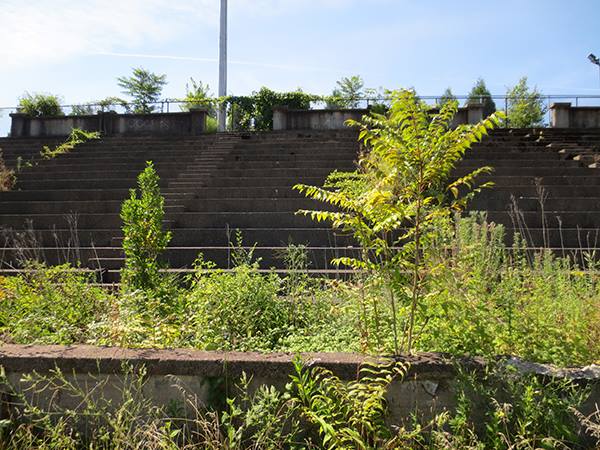 The Riverside Crossing Student Housing apartments that opened for IU South Bend students in 2008, where the old park once stood. 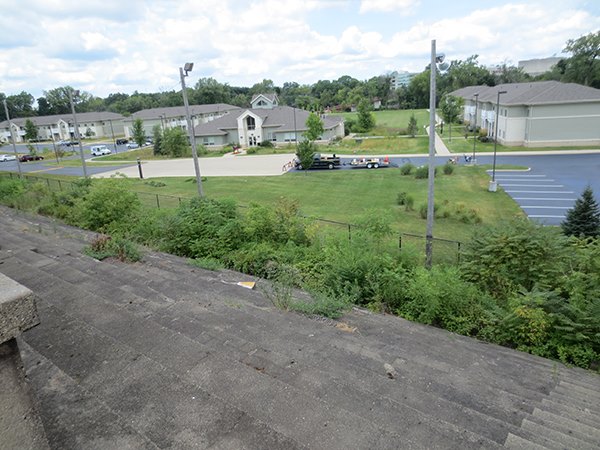 In the 1880s, a streetcar company, Northern Indiana Railway, purchased the Playland Park area to establish a terminal to shuttle commuters from South Bend to Mishawka. This land ran along the south of the St. Joeseph River from Ironwood Drive to Lincoln Way East. Taking advantage of the land, the company opened Springbrook Park in 1899. The amusement park would grow in popularity through the years and eventually be purchased by Earl “Pete” Redden in 1925. Redden would later hold a contest that would change the name to Playland Park and continued to grow the amusement park and the range of entertainment that the park provided. Due to several factors, the park would close its doors in 1960 and go through several changes in the coming decades. A golf course and mini-golf course would take hold in the 1960s and last into the 1980s before the land was purchased by Indiana University in the 1990s. In 2008, the Riverside Crossing Student Housing of Indiana University South Bend would open its doors on this land.

Playland Park hosted an array of entertainment in the years that it survived. The first baseball game played here occurred in 1896 with the first night game played under portable lights happened in 1904. The baseball park here would also host the South Bend Blue Sox, a team of the All-American Girls Professional Baseball League, from 1946 to 1954. This is one of only two teams that would survive all 12 seasons the League existed (the Rockford Peaches being the other). The Blue Sox won the 1951 pennant at Playland Park and would bring home the 1951 and 1952 championships while calling this park home. In 1952, Playland Park also hosted South Bend’s only NASCAR race at the converted horse track which brought in 3700 spectators. While the amusement park hosted attractions such as a music hall and four rollercoasters, one of its main spectacles was a merry-go-round that had been imported from Germany.