This unique museum is dedicated to the life of McNairy County Sheriff Bufford Pusser, who served in that role from 1964-1970. Born in 1937, he was elected to Andersonville police chief and constable in 1962 and became the youngest sheriff in Tennessee history two years later (the previous sheriff died in a car accident). At 6 ft. 6 inches tall Pusser was a big imposing man and took his job very seriously. He went after gambling, prostitution, and moonshining along the border with Mississippi. He survived numerous assassination attempts and tragically his wife, Pauline, was killed in one of those attempts on August 12, 1967. Pusser died in a car accident in 1974, with speculation about what caused the accident. His reputation (and sadly, his wife's death) garnered him national attention. Books and songs were written about him and the "Walking Tall" movies based on his life were made. Actor "The Rock" was the star of one of them. Pusser's home was made into a museum in 1974 and remains much as it was.

A view inside the house, with posters of the "Walking Tall" movies, including the one starring "The Rock" 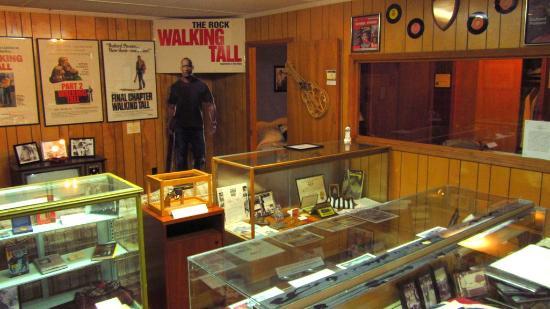 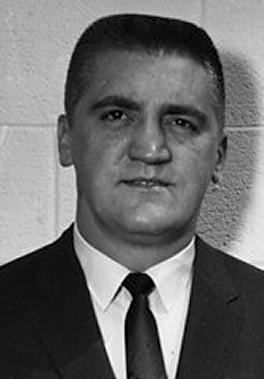