Modoc Rock Shelter is a significant archaeological site southeast of Prairie du Rocher, Illinois situated along Bluff Road. The shelter is on the bottom of a tall rock cliff formed by Ice Age Floods. Native Americans used to the site for thousands of years beginning around 9,000 years ago and ending around 800 years ago. Excavations in the 1970s revealed 28 feet of sediment filled with artifacts. Natives camped at the shelter for both short and long-term periods. It is estimated that 300 or more generations occupied the site. The Mississippi River flooded the valley, raising the floor of the shelter over 10,000 years. The site was discovered by archaeologist Irwin Peithmann in 1951. It was designated a National Historic Landmark in 1961 and placed on the National Register of Historic Places in 1966. 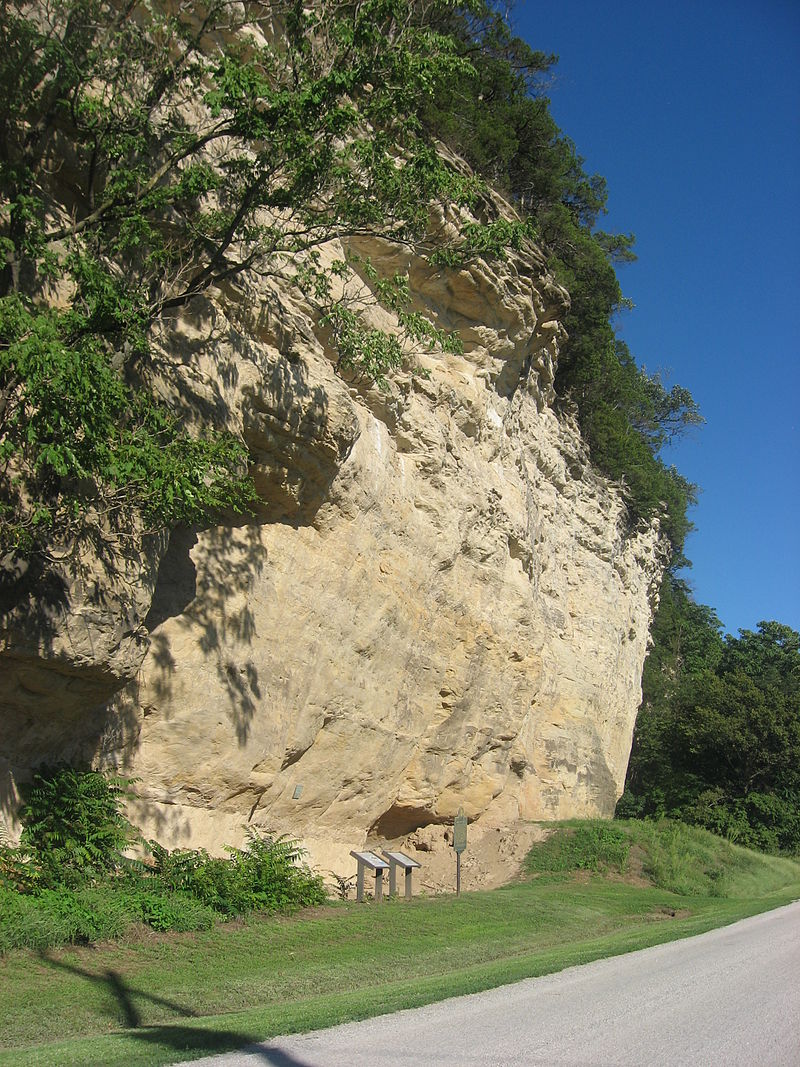