USS Utah (BB-31/AG-16) was the second and final member of the Florida class of dreadnought battleships. The only ship of the United States Navy named after the state of Utah, she had one sister ship, USS Florida (BB-30). Utah was built by the New York Shipbuilding Corporation, laid down in March 1909 and launched in December of that year. She was completed in August 1911, and boasted a main battery of ten 12 in (300 mm) guns in five twin gun turrets. 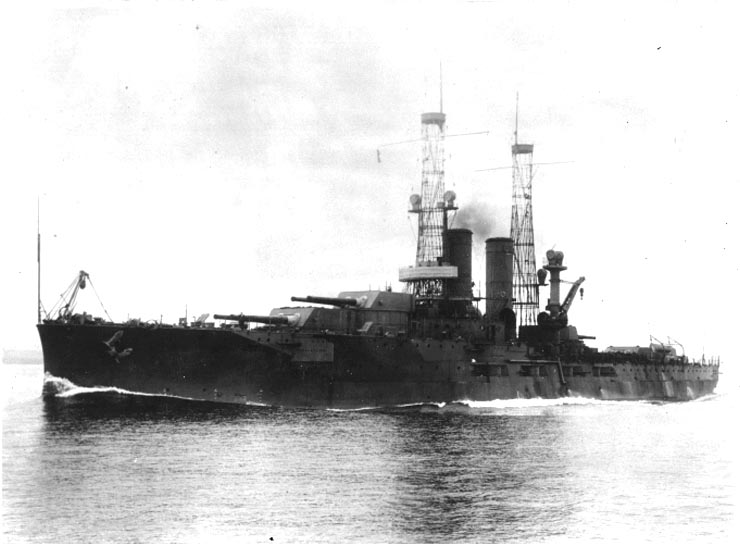 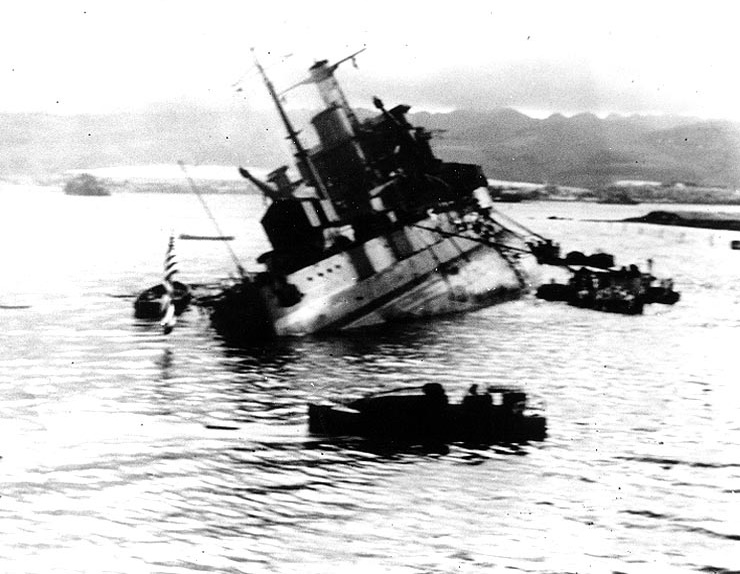 The memorial and wreckage of Utah as seen from Ford Island 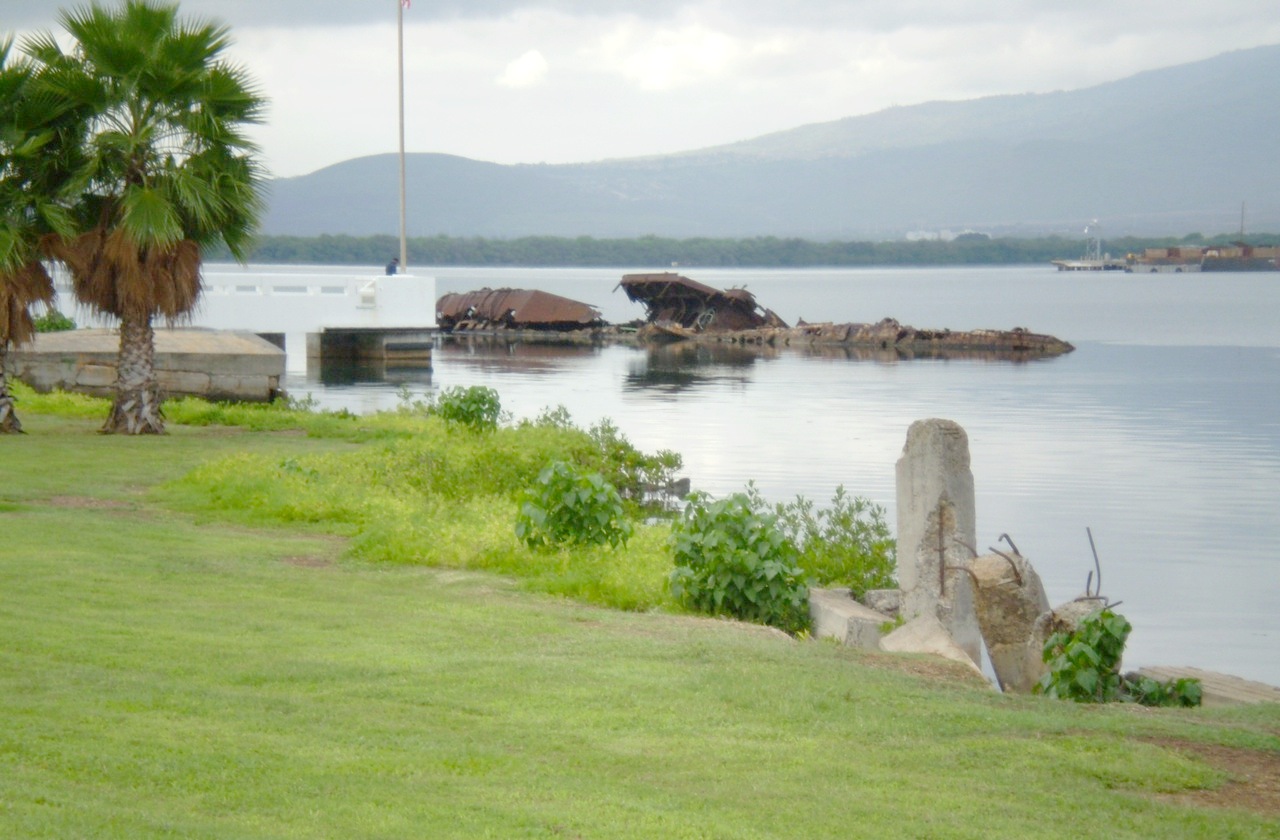 In early December 1941, Utah was moored off Ford Island in berth F-11, after having completed another round of anti-aircraft gunnery training. Shortly before 08:00 on the morning of 7 December, some crewmen aboard Utah observed the first Japanese planes approaching to attack Pearl Harbor, but they assumed they were American aircraft. The Japanese began their attack shortly thereafter, concentrating on the battleships moored around Ford Island. At 08:01, the first of two torpedoes struck Utah, which caused serious flooding. The ship began to list to port and settle by the stern. As the crew began to abandon ship, one man—Chief Watertender Peter Tomich—remained below decks to ensure as many men could escape, and to keep vital machinery running as long as possible; he received the Medal of Honor posthumously for his actions.

At 08:12, Utah rolled over onto her side, while those crew members who had managed to escape swam to shore. Almost immediately after reaching shore, the ship's captain, Commander Solomon Isquith, heard knocking from men trapped in the capsized ship. He called for volunteers to secure a cutting torch from the badly damaged cruiser Raleigh and attempt to free trapped men; they succeeded in rescuing four men. In total, 64 officers and men were killed, though 461 survived.

The Navy declared Utah to be "in ordinary" on 29 December, and she was placed under the authority of the Pearl Harbor Base Force. Following the successful righting (rotation to upright) of the capsized Oklahoma, an attempt was made to right the Utah by the same parbuckling method using 17 winches. As Utah was rotated, she did not grip the harbor bottom, and slid towards Ford Island. The Utah recovery effort was abandoned, with Utah rotated 38 degrees from horizontal.

As abandoned, Utah cleared her berth. There was no further attempt to refloat her; unlike the battleships sunk at Battleship Row, she had no military value. She was formally placed out of commission on 5 September 1944, and then stricken from the Naval Vessel Register on 13 November. Utah received one battle star for her brief service during World War II. Her rusting hulk remains in Pearl Harbor, partially above water; the men killed when Utah sank were never removed from the wreck, and as such, she is considered a war grave.

In around 1950, two memorials were placed at the wreck dedicated to the men in the ship's crew who were killed in the attack on Pearl Harbor. The first is a plaque located on the wharf to the north of the ship, and the second is a plaque that was placed on the ship itself. In 1972, a larger memorial was erected just off Ford Island, near the sunken wreck.The memorial consists of a 70-foot walkway made of white concrete, which extends from Ford Island out to a 40 by 15 ft platform in front of the ship, where a brass plaque and a flagpole are located. A color guard stands watch over the wreck. On 9 July 1988, Utah and Arizona, the other remaining wreck in the harbor, were nominated to be added to the National Historic Landmark registry. Both wrecks were added to the list on 5 May 1989. As of 2008, seven former crewmen who were aboard Utah at the time of her sinking have been cremated and had their ashes interred in the wreck.