This site marks the location of a state prison, built in 1833, that would become the much larger Alton Prison in 1862 during the Civil War. Over 11,764 Confederate prisoners would pass through its gates. More prisoners died here than other Union prisons; Union soldiers and civilians perished as well. The site is comprised of a small portion of one of the prison buildings and a state marker and interpretive displays. The site is part of the Christian Hill Historic District that was listed on the National Register of Historic Places in 1974. 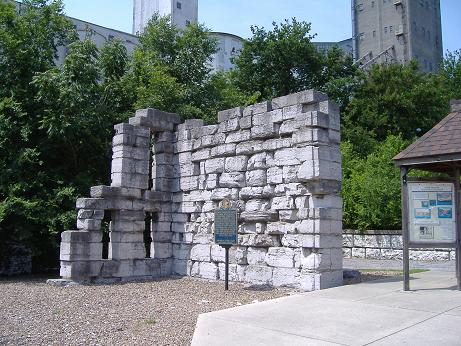 During the Civil war Alton State Prison was transformed into a military detention camp. The first prisoners arrived early in the year of 1862. Conditions at Alton were very bad as overcrowding lead to fast transmission of diseases like pneumonia and dysentery, and in late 1862 a small pox outbreak killed as many as 2200 prisoners. By the end of the war the buildings were demolished and the land reused as a city park  Though the buildings are no longer visible stones from the prison can still be seen today in structures all over the town of Alton.

The Confederate Cemetery and Memorial is located about two blocks from where the prison once stood. three hundred prisoners and Union soldiers died of smallpox and were buried and a island in a attempt to prevent the disease from spreading. those who were not buried on the island were buried on a small plot of land north of Alton in a place known today as the Confederate Soldiers Cemetery.

In 1909 a permanent marker was placed commemorating these prisoners. A tablet on the shaft reads "Erected by the United States to mark the burial place of 1,354 Confederate Soldiers who died here and at the Smallpox Hospital on the adjacent island while prisoners of war and whose graves cannot now be identified". A new Monument was erected listing the names of the Confederate Prisoners who died due to the out break of smallpox. The new memorial is located on the other side of the river where Abraham Lincoln and James Shields were scheduled to duel, but didn't because Shields backed out after seeing Lincoln's size.