Stonefield originally was the site where the very first governor of Wisconsin, Nelson Dewey, built his Gothic Revival dream home in the middle of 2,000 acres of rural property. After a devastating fire destroyed his mansion, Dewey moved, but 40 acres of the property was bought by General Walter Cass Newberry. General Newberry built a modest home there and farmed the land. Today, the site is owned by the Wisconsin Historical Society and approximately thirty buildings have been added to simulate a rural 18th century village. Visitors will also find the State Agricultural Museum here, which details the history of how Wisconsin became "America's Dairyland." 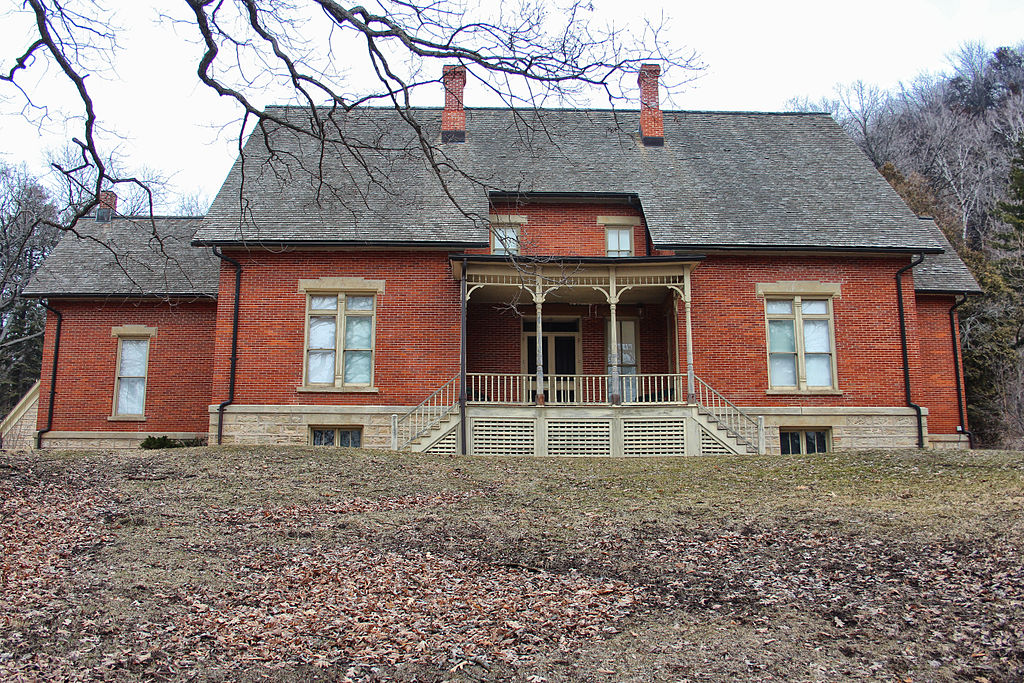 After finishing his second term as Wisconsin's first governor, Nelson Dewey began constructing this home in the middle of his 2,000 acre estate. The house was completed in 1868, featuring three floors of beautiful Gothic Revival architecture. Unfortunately, a fire destroyed Governor Dewy's dream home in 1873.

In 1879, the ruins of the governor's house plus 40 acres were purchased by General Walter Cass Newberry, who after farming the land for over a decade began constructing a summer home in place of the governor's old home.

The Newberry estate was sold in 1896, and it passed through several owners until the state bought the land and buildings in 1936. In 1954, the site was designated as a historic site and listed on the National Register of Historic Places. Today, the grounds include a replication of a 18th century rural village and is also home to the State Agricultural Museum, which houses the state's largerst collection of agricultural tools and machinery.