Completed in 1895, the Spokane County Courthouse remains a significant feature of the Spokane skyline and continues to operate as a government facility. It's existence represents both the city's growth during after 1881 (when the railway arrived), as well as a national economic decline during the 1890s that inspired the city to hold a contest for the design of the building. 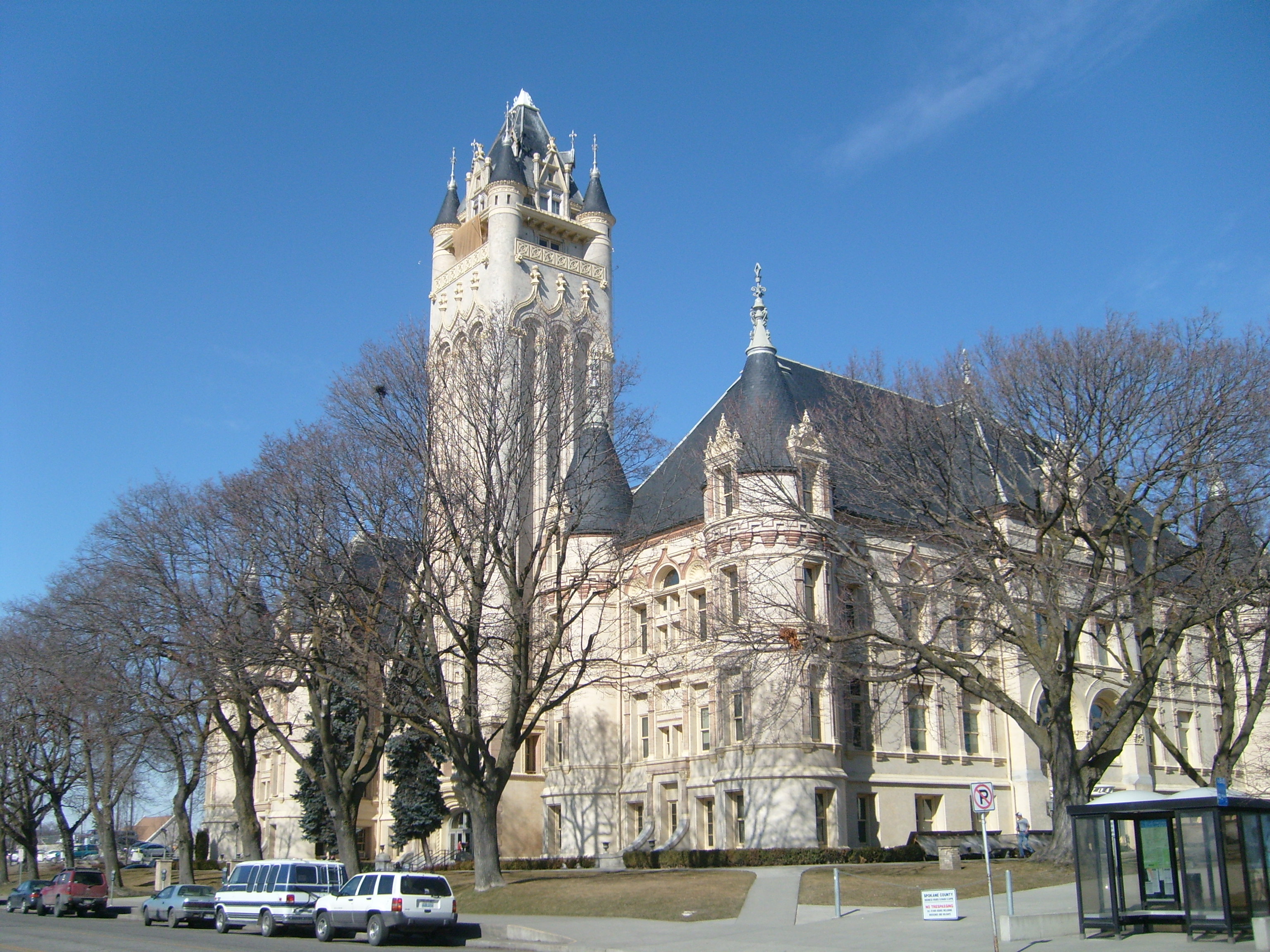 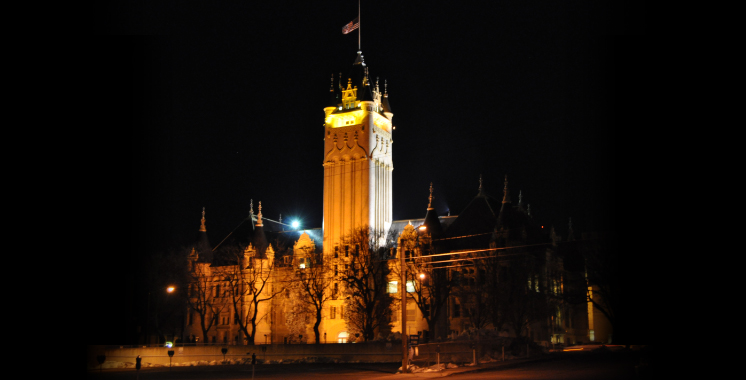 Romance on the grounds of the courthouse. 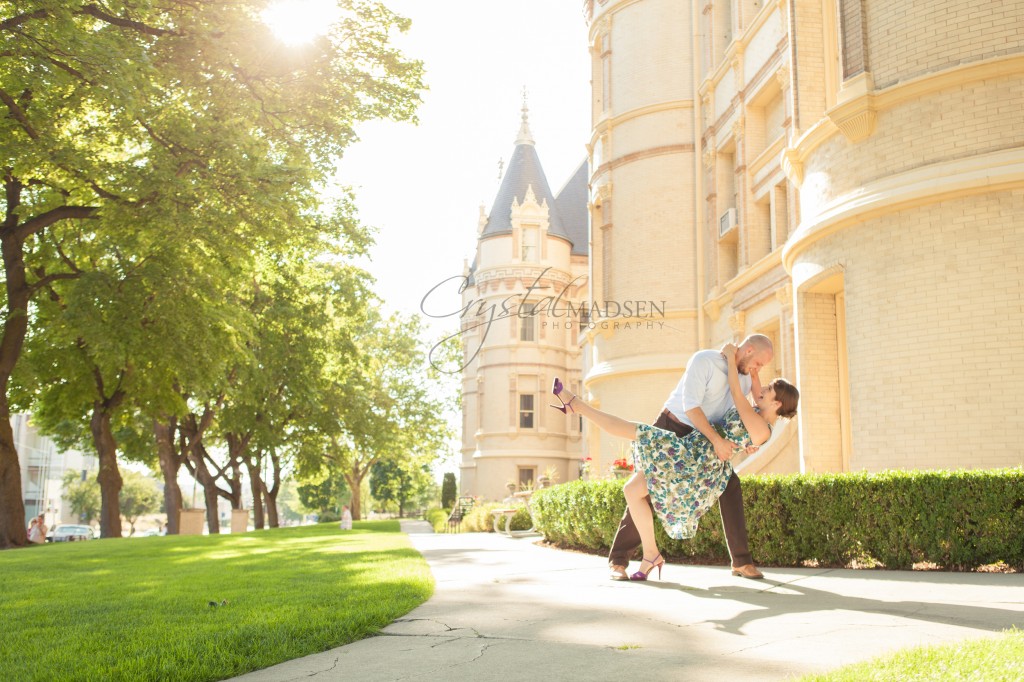 The establishment of Fort Spokane in 1880 and arrival of the railway in 1881, and subsequent incorporation of the city, spurred a decade of rapid growth for Spokane, which resulted in the need for government offices such as the Spokane County Courthouse. However, the U.S. "Panic of 1893" begat a tough economic climate for the country, which Spokane also felt. Thus, in 1893, the state legislature went ahead with plans to construct the building, hoping it would stimulate the local economy.

Spokane grew from 4,130 in 1881 to 19,922 in 1890, resulting in a need for more infrastructure and administration. A fire in 1889 damaged the downtown region, but it also inspired new growth, not unlike Chicago. But, it was the Panic of 1893 that proved to be the most daunting obstacle for a town on the rise. So, the state legislature decided, in 1893, to conduct a design contest for the new courthouse with the winner to receive 5% of the total construction costs.  Twenty-nine-year-old W.A. Ritchie submitted the winning design, which was in tune with rising popularity of Renaissance style and Ecole Des Beaux Arts in Paris and best exemplified at Chicago's 1893  World's Columbian Exposition. However,  many considered his design to be overly ornate and a waste of tax payer dollars, notably due to the state of the economy at that time.

Although the city broke ground in 1893, delays forced residents to wait until 1895 to see the building finished. In years past, bricks had been shipped to Spokane from the East but the Courthouse relied on locally manufactured bricks and imported slate shingles. By far, the most striking feature of the building consists of its large central tower.  In 1953 the old Public Health Building was razed to make room for the four-story courthouse annex, and the central tower was renovated in 2006, during which time the roof was replaced and structural repairs made at a cost of $2 million.

The courthouse’s rich history includes a scandal that involved courthouse employees and their families temporarily taking up residence there in 1897.  It once enclosed a courtyard that was the site of its first and only public hanging in 1900.