The Alabama Department of Archives and History is the state's official repository of archival records. Founded in 1901, it was the country's first publicly funded, independent state archives agency. It houses local and state government records, newspapers, maps, church and synagogue records, military records, and many other items. The building also houses the Museum of Alabama, which tells the story of state from prehistoric times to today. 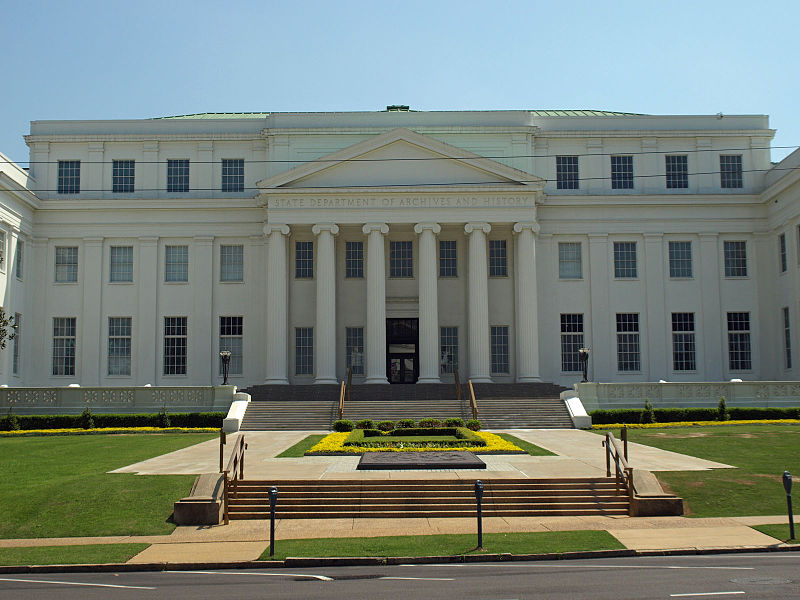 The Department of Archives and History was housed in the old Senate cloak room at the Alabama State Capitol after its establishment in 1901. It was then moved to the Capitol's new south wing upon its completion in 1906. The current three-story Neoclassical building was built from 1938–40. An east wing was completed in 1970 and a west one in 2005.

The museum features many artifacts, others historical items, and photographs on display. The museum is housed on the second and third floors. Exhibits explore a variety of topics including the Selma to Montgomery marches, the history of Native Americans in the state from the Pre-Columbian era to the Indian removal, the history of warfare involving Alabamians from the French Colonial period to the Vietnam War. The Alabama Sampler Gallery contains Alabama-related artifacts ranging from 19th century clothing to a guitar owned by Hank Williams. The Hands-On Gallery contains history-related activities for children. The third floor houses paintings and sculpture.

"About Us." Museum of Alabama. Accessed February 24, 2016. http://www.museum.alabama.gov/about.html.