The Strand-Capitol Appell Center for the Performing Arts

The Capitol and Strand Theaters make up the majority of the Appell Center for the Performing Arts. The Capitol, built in 1906, began as the Theatorium and then a dance hall known as the Jackson which had a balcony added in 1917. The Italian Renaissance Strand was built adjacent to the Jackson in 1925 by Nathan and Louis Appell. The Appells then purchased the Jackson the next year and converted it into a smaller live-show and movie venue which opened as the Capitol in 1927. They were threatened with demolition in the 1970s, but were saved largely through the efforts of Louis Appell Jr. Both theaters still host live shows as well as vintage and current movies.

The Strand-Capitol was recently re-christened the Appell Center for the Performing Arts. 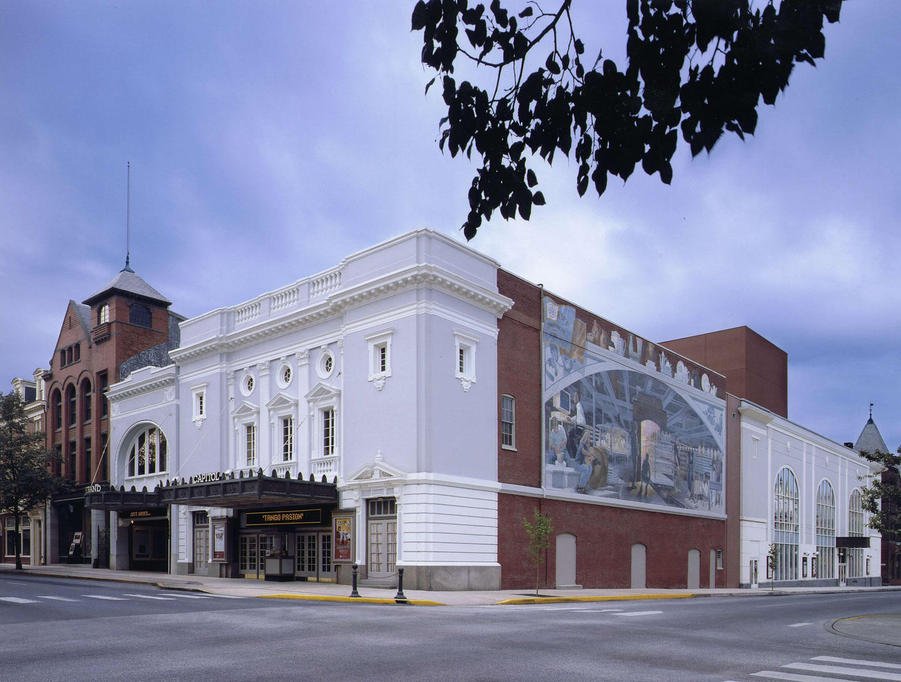 The main theater went through a major renovation in 2003. 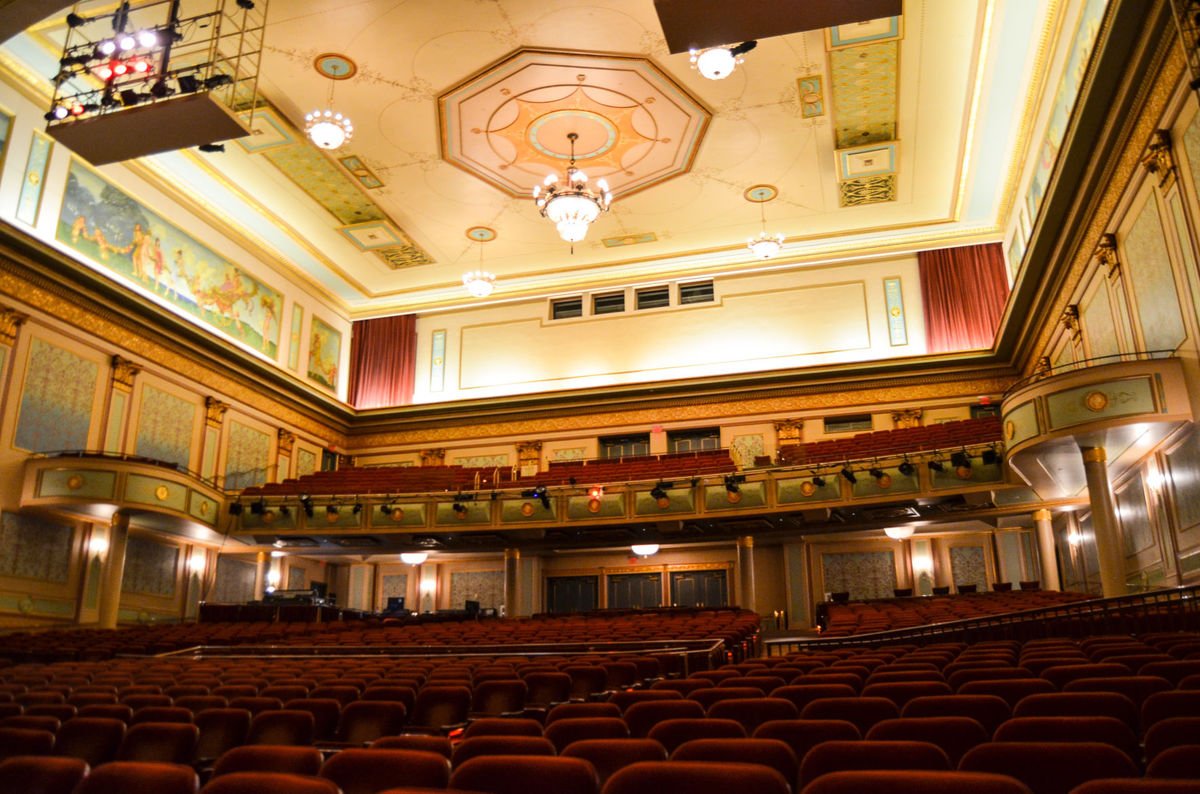 The main lobby of the Appell. 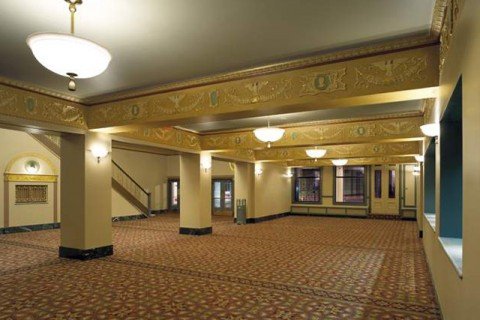 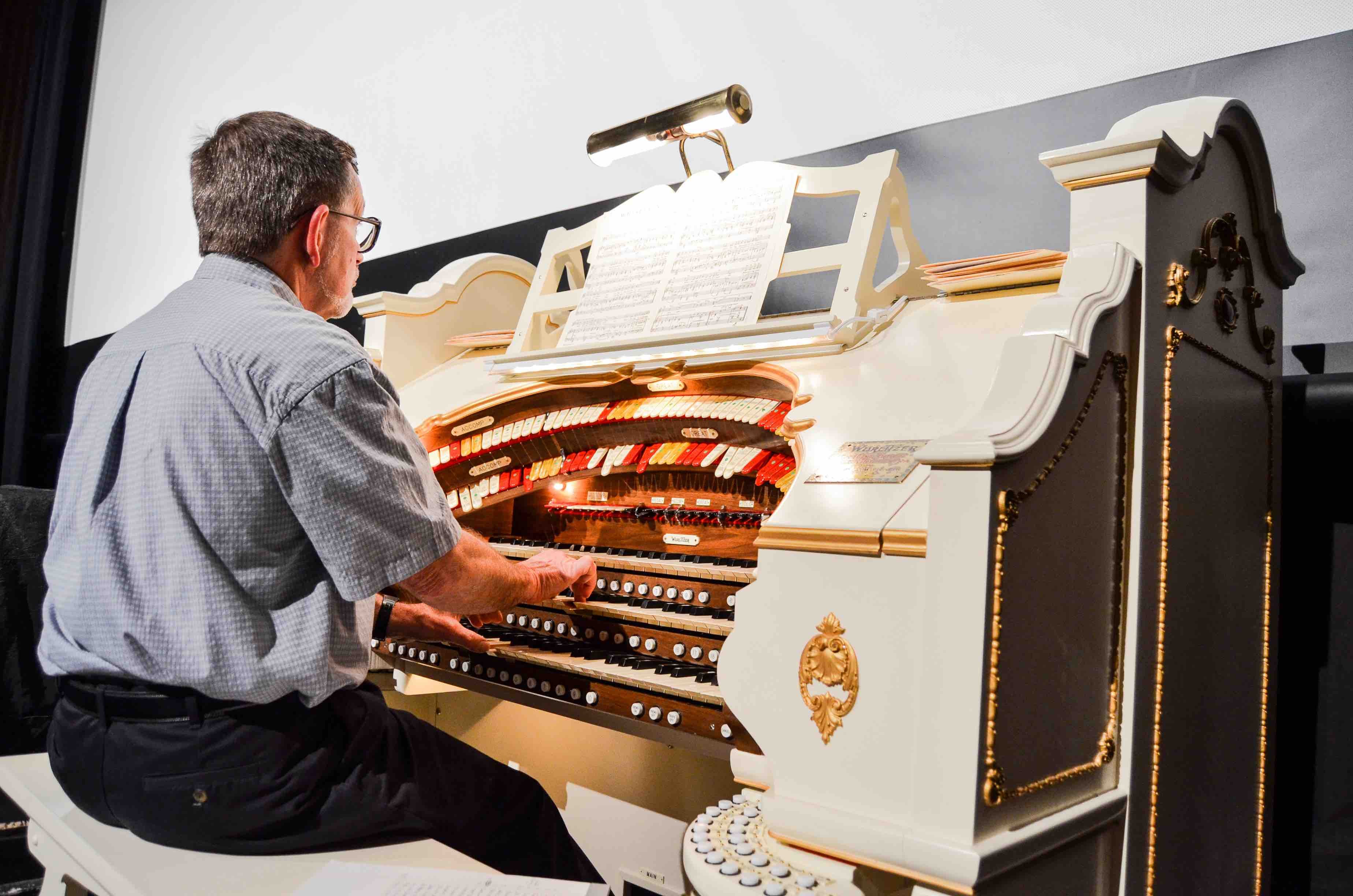 A 1945 photo of the Strand-Capitol which was showing "Lady on a Train" which starred Deanna Durbin and Ralph Bellamy. 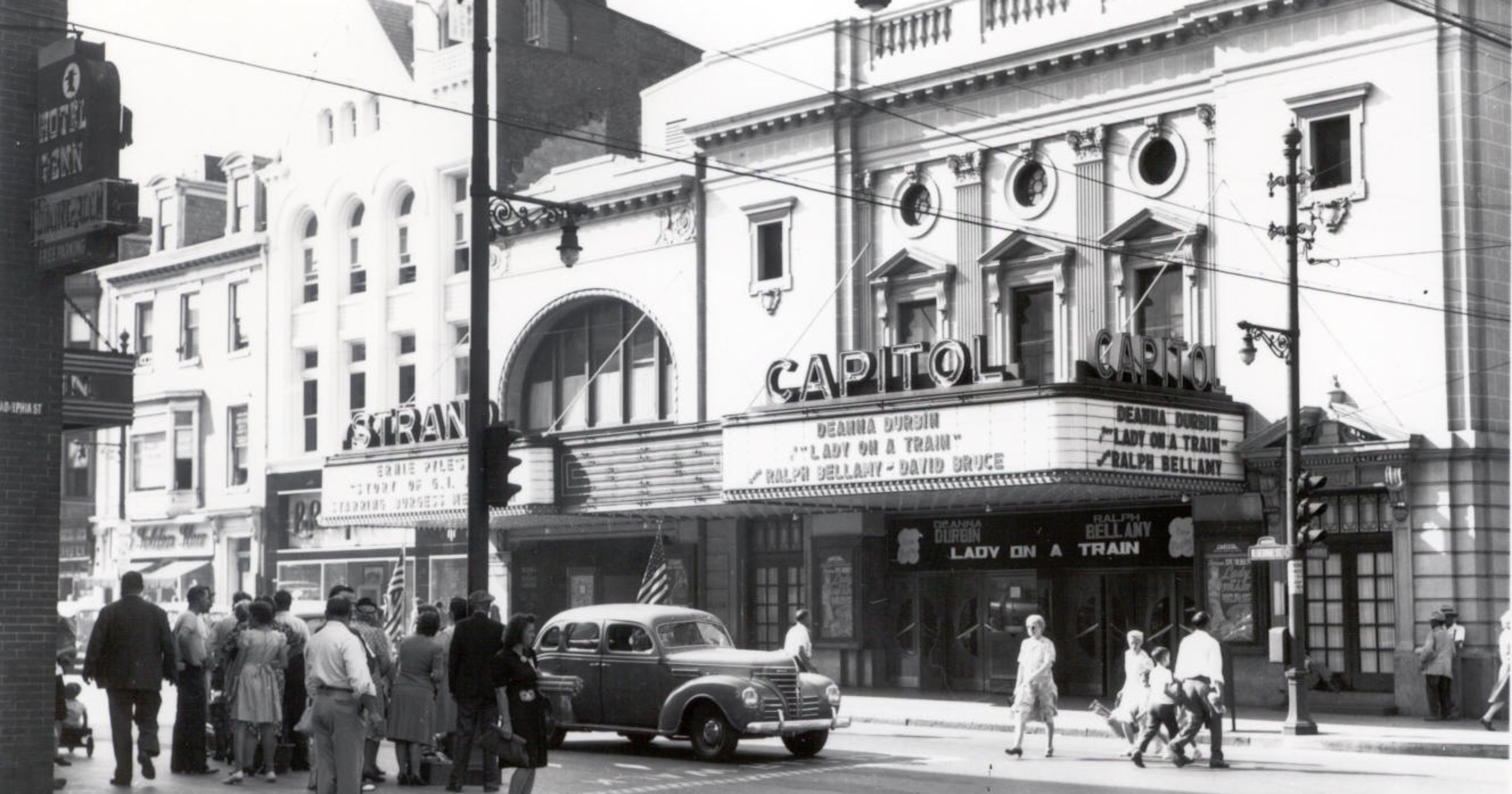 Imagine the sound of vehicles rushing by, mixed with the commotion of those walking by, filling the surrounding atmosphere, outside of the Strand-Capitol building. The building itself has an older appearance, but with a modern touch to it at the same time.

According to one historical article, the Strand-Capitol astonished  those that came to its grand opening in 1925, “with its marble terrazzo floor, graceful archways and lavish decorative materials – 1,800 pounds of gold leaf, 100 pounds of bronze and 4,000 pounds of ribbon gold in plaster molding. Chairs were upholstered in genuine Spanish leather, and a spectacular 2,800 pound chandelier hung from the ceiling” (Groups). Imagine the sound of excitement filling the atmosphere as people stare in awe at the amazing and unique architecture and architectural details incorporated into the Strand-Capitol building.

The Strand has the capacity to hold 1,214 while the adjacent Capitol has less than that, only being able to seat 700 people. According to a historical article the Capitol is “an intimate, elegant structure with a balcony and ornate decoration” (Groups). Both the Strand and the Capitol have unique beauty and historic value.

Before the Strand-Capitol was constructed, there was the a smaller theater known as the Hubley Building. Although, the Hubley building was used as a theater, it is not the same type one would think of as today. Then in 1925, Nathan and Louis Appell built the Strand Theater.  Constructed during the roaring twenties, when moving pictures were becoming  popular, the theater flourished, as it did during the Great Depression, an era when Yorkers went to the movies more than ever. In the postwar period, however, with the development of  “ suburbs and suburban shopping centers, tThe Strand, like other downtown theaters suffered. Eventually, the Strand was officially closed in 1977.

But rather than tearing down the theater and building a parking lot, the city rallied around refurbishing it.   Ironically, had the government not  denied the federal grant that Mayor John D. Kraut applied for, then York would not have its famous Strand-Capitol Theater and would have lost a major historical building from the roaring twenties. The history of the Capitol Theater is similar to that of the Strand’s history, which like the Strand, closed in 1977. The Strand was reopened in April of 1980, followed by the reopening of the Capitol in July of 1981. According to a newspaper article the reopening of the Strand, “was one of the proudest moments in the history of York” (Groups). Ever since then the Strand-Capitol Theater has been used for theatrical entertainment for the York community. Today the “Strand is the home for the York Symphony Orchestra and Performing Arts for Children. The Capitol provides ‘big screen’ films in a movie theater of grand style” (Groups). Recently the Capitol has brought vaudeville back to life; which consists of vaudevillians, sing-alongs and silent films. Throughout the years of its existence its purpose has not changed, it is still used today for entertainment to the public.

Please visit web site or call for shows and times.