Goodrich Hall was completed in 1857. Its original purpose was as a residence hall for both male and female students living on separate floors. It later became the faculty building. 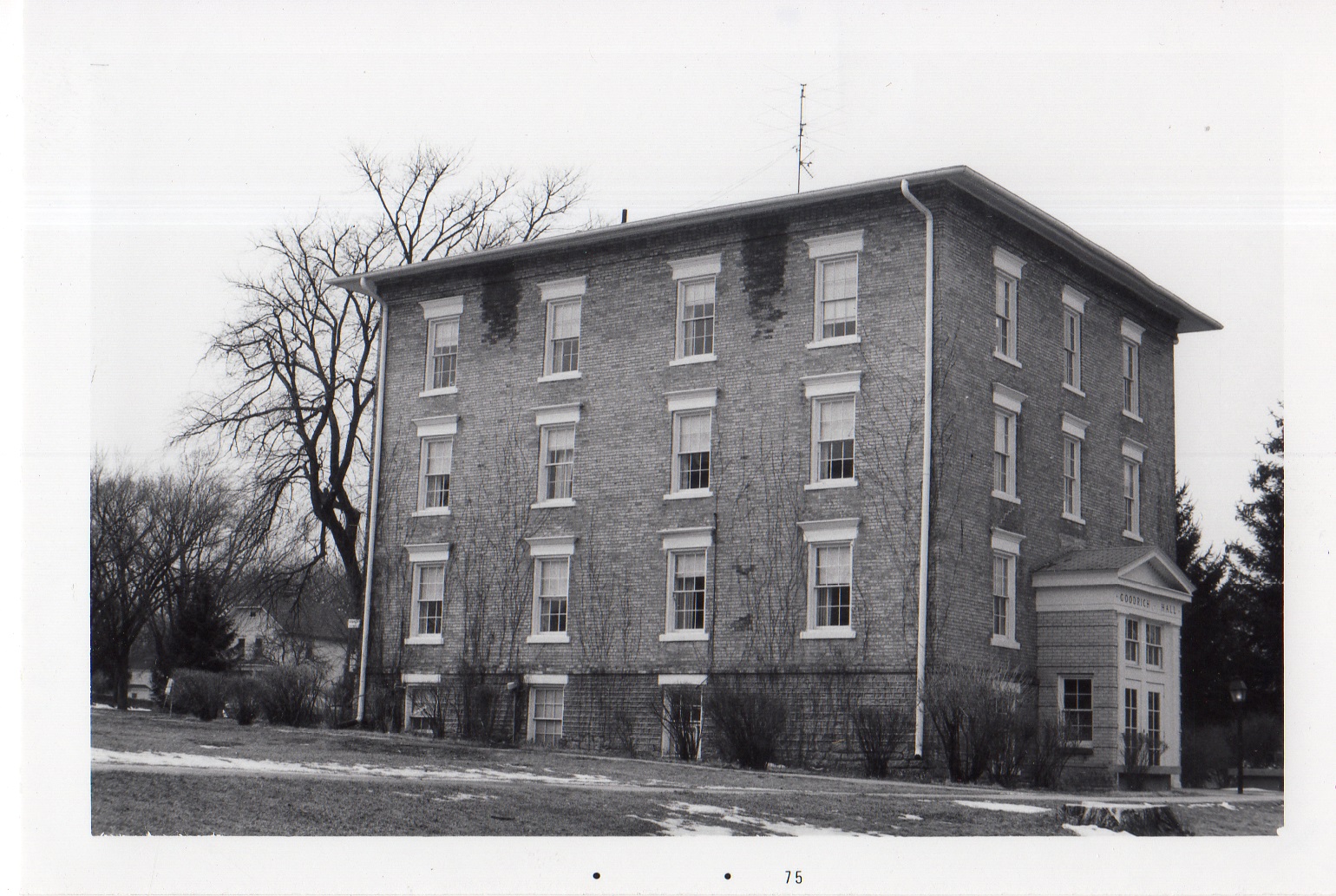 Joseph Goodrich, founder of the Milton House, began a school in Milton, WI in pursuit of a public place for education. Milton Academy was founded in 1844 and was geared toward young men interested in business and both genders interested in teaching in public schools. The old building became unsuitable and to make proper accommodations, the Milton Academy was founded in 1854. The school continued to grow until 1980 when the college was under financial stress. The college officially closed in 1982 and it’s buildings have since been re-purposed for apartments, offices, shops, and much more.