The former home of York businessman, William Goodridge, is now the William C. Goodridge Freedom Center and Underground Railroad Museum. Goodridge was born into slavery in Baltimore in 1806 and eventually became one of York’s most successful businessmen by the 1850s. He also built the, at the time, tallest building in York in the form of a five-story building called Centre Hall. However, he is best known for being a vocal abolitionist and an active stationmaster within the Underground Railroad, helping to smuggle slaves to freedom through his properties and actual railroad shipping line. Visitors to the Goodridge Freedom Center can view the secret room where Goodridge hid runaway slaves until he could move them to freedom or the next station.

View of the Goodridge House from across the street. 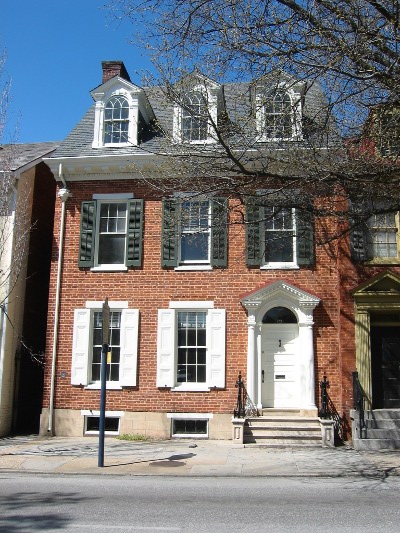 Close up of the iconic columns leading to the door. 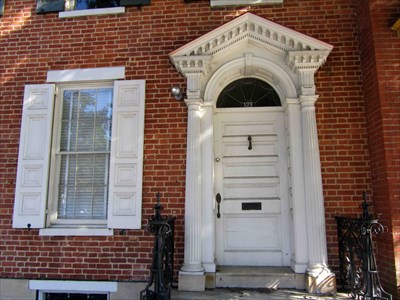 Two images of William C. Goodridge on display within the museum. 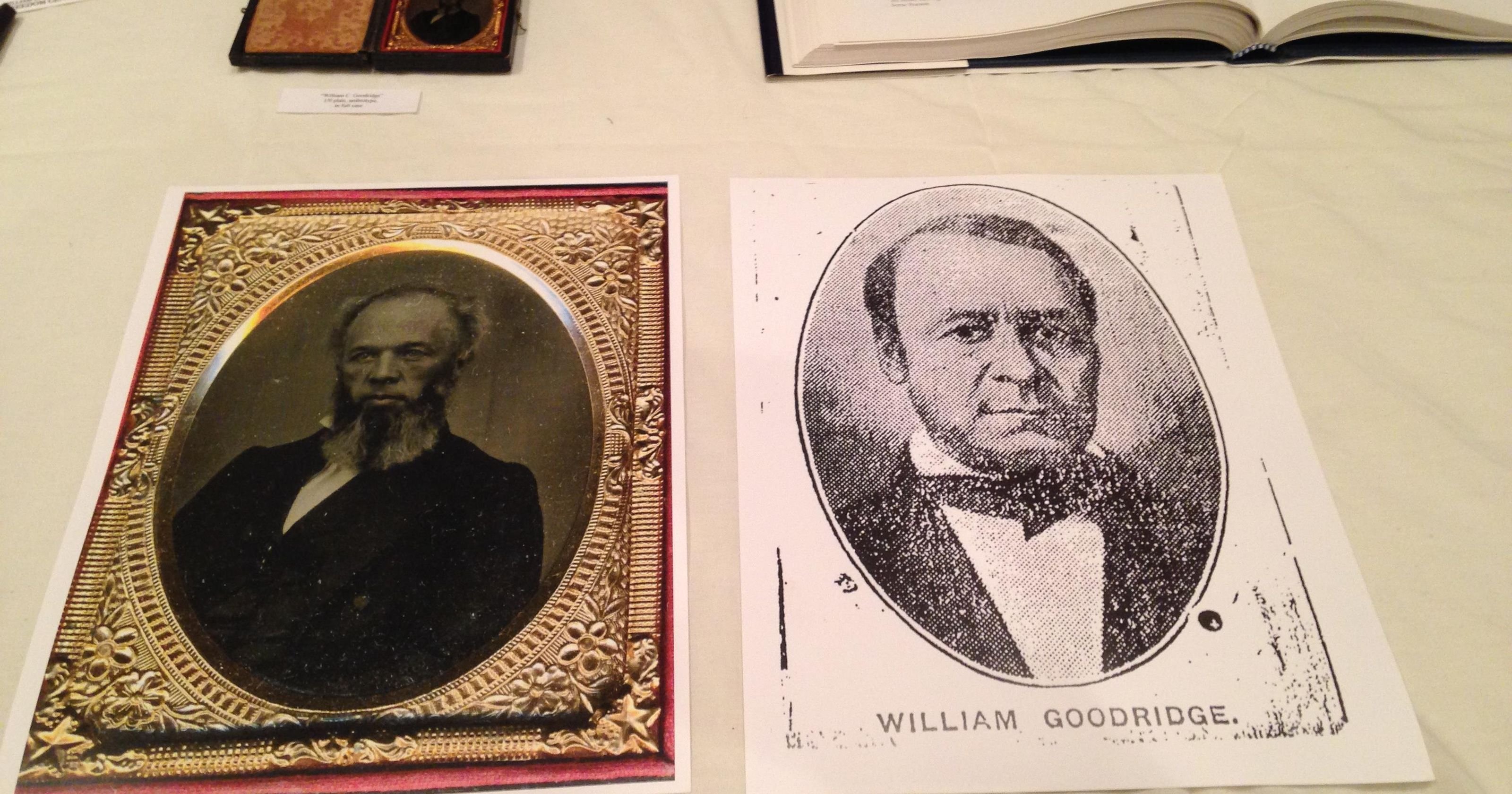 The Freedom Center decorated for the holidays. 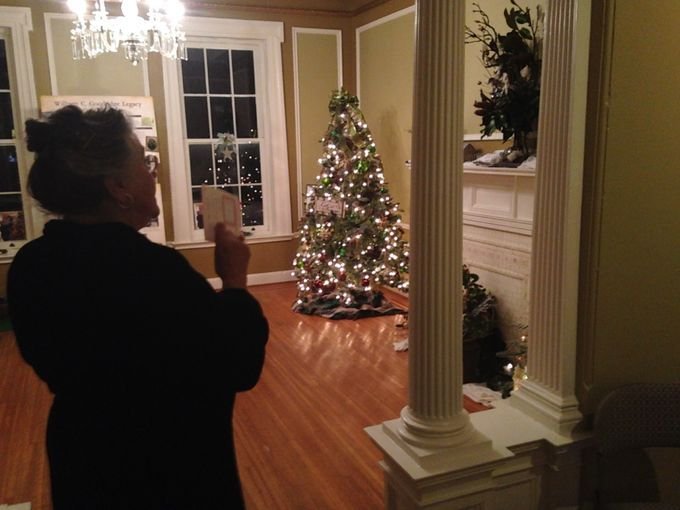 Another photo of the Goodridge House during the holiday season. 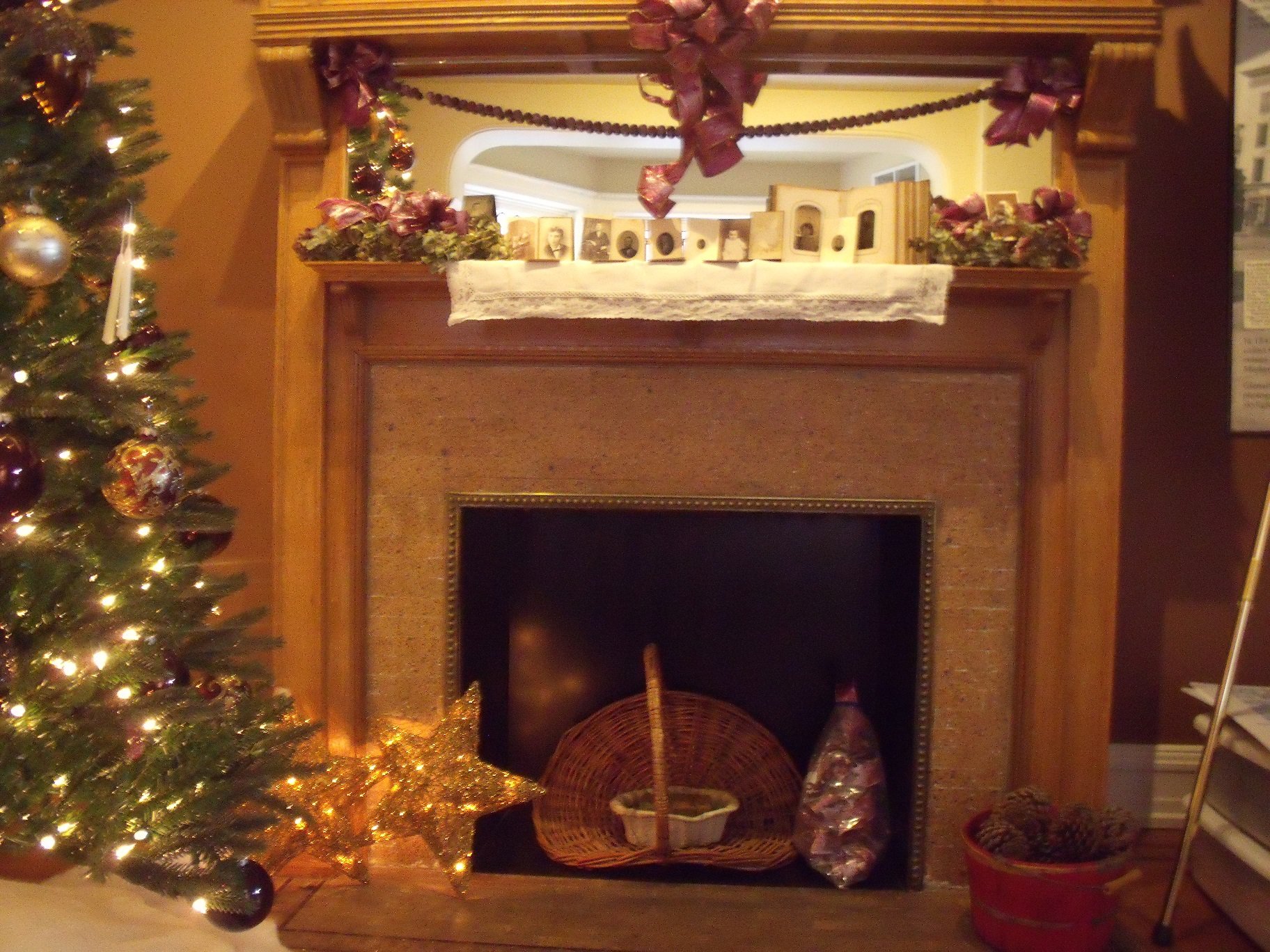 The basement space/root cellar located under the house's kitchen that was used to hide runaway slaves. 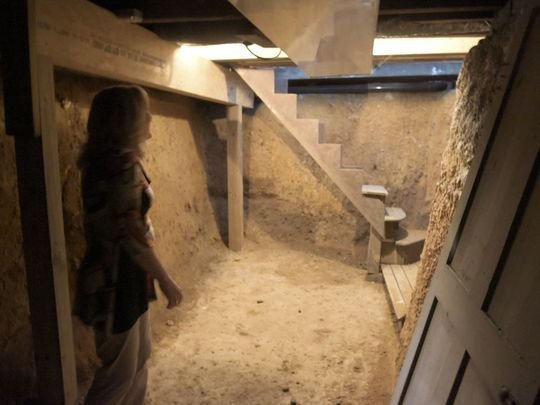 William C. Goodridge was born to an enslaved African-American mother in Baltimore in 1806. It is not known who his father was, but it is generally assumed he was a white man. In 1811 he was indentured to the Reverend Michael Dunn who operated a tannery in York. Dunn planned to free Goodridge once he reached 21, but he was freed at the age of 16 when Dunn’s business went bankrupt. Goodridge them moved to Marietta for a time where he became a barber. He then moved back to York in 1824 and opened his own barber shop. In 1827, he married Evalina Wallace who also became his business partner. The two had seven children, five of which survived to adulthood.

The same year they were married, the Goodridges moved into a well-built brick home along Philadelphia Street and William lived there until the mid-1860s. The couple quickly expanded their barber business to include the sale of various items, to include a baldness cure known as Oil of Celsus. Goodridge then opened a freight service, the Reliance Line, in 1842 which operated primarily between York, Philadelphia and Baltimore. In 1847 he built the tallest building in York, Centre Hall, a five-story commercial property located in central York. Goodridge operated an employment agency from Centre Hall and rented out space to various businesses, to include a tavern and York’s first newspaper, The Democrat. One of Goodridge’s sons also operated a photography studio within Centre Hall.

By 1856, Goodridge owned 12 properties in York and was one of the wealthiest African-Americans in south central Pennsylvania. However, things began to go awry after his wife died in 1852 and most of his properties were sold at auction after he went bankrupt just prior to the start of the Civil War. Goodridge remained a barber in York until 1864 when he moved to East Saginaw, Michigan to live with family. He then moved on to Minneapolis to live with his daughter, Emily, where he died in 1873 at age 66.

The Freedom Center, which opened in 2016, focuses on Goodridge’s dual roles as business and African-American leader and Underground Railroad stationmaster in York. Due to the secretive nature of the business, it is not known how many people Goodridge assisted on their road to freedom through providing them temporary refuge or secreting them to Philadelphia in one of his freight cars. The center is operated by the Crispus Attucks Association of York. The first floor has been restored to how it looked in the 1840s, while its second floor will feature rotating exhibits.