Rivers Bridge State Historic Site marks the site of one of the Confederacy’s last stands against General William T. Sherman’s sweep across the South. Of all the Civil War Sites in South Carolina, the Battle of Rivers Bridge is the only one in the State Parks system that is home to a preserved battlefield.

Inscription on the memorial marker for the Confederate dead at the Memorial Grounds at Rivers Bridge State Historic Site. 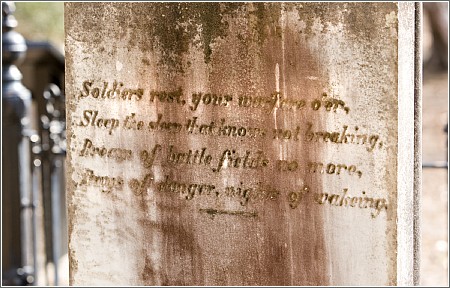 This World War II Memorial was erected by the counties of Allendale, Bamberg, Colleton and Hampton at the Memorial Grounds of Rivers Bridge State Historic Site. 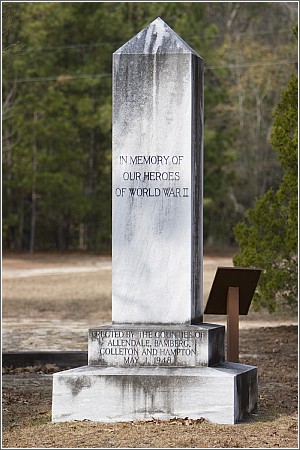 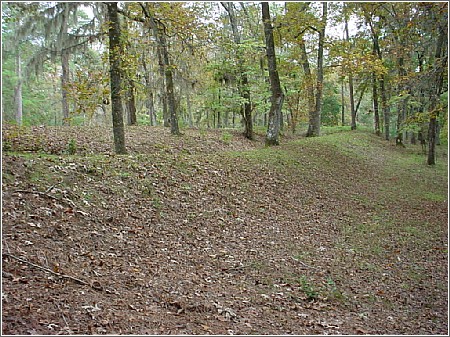 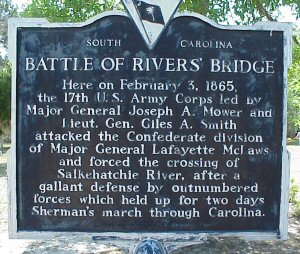 The Civil War is usually studied through major campaigns and battles presented as the maneuvers and clashes of large armies. Lost in this approach is the human element, the effect of the war on the individuals who fought it. Encountering the Civil War on a smaller, human scale makes the conflict more approachable, vivid, and real. Rivers Bridge State Historic Site offers a glimpse of the Civil War on such a scale: Its small area allows one to comprehend the entire battlefield, its tactics, and to see how veteran troops near the end of the war sought to avoid high casualties. The relatively few casualties--most of whom have been identified through historical research--are people, not numbers, and they convey the true human tragedy of this battle and all Civil War battles. Rivers Bridge also serves as an example of how one community remembered its combat casualties after the war--it was through the act of remembering the Confederate dead from the fight that the Rivers Bridge battlefield was preserved.

As darkness settled over the Salkehatchie the first serious obstacle to Sherman's march sat ominously. One can only guess what kinds of "picket chatter" occurred between the 1500 Confederates posted behind the parapets and the possibly freezing federal skirmishers in the swamp. For the Confederates the suspense must have been enormous. In front of this small band of 1500 men sat the army that had just ransacked their home state. The Georgians must have thought of the reports of Sherman's behavior in Georgia. The South Carolinians manning the guns and works must have thought of the homes that were literally at their back. They were all that stood between Sherman's advance, wherever it may go, and the large part of South Carolina. The darkness in the swamp must have been near pitch Black, for the men of Sherman's command who picketed it. Beyond the river from them was obviously a well dug in, and determined force of Confederates. Would the Confederates make a strong fight, or would they like they had at Pocatalico, abandon a strong position in the night.

The fight for River's Bridge had been bloody. by small skirmish standards. Eight Confederates were left KIA, 45 wounded and 44 captured. Union total casualties were 16 KIA, 85 wounded. Tillson's brigade suffered 1 officer KIA, 2 wounded, 8 men KIA, 74 wounded. Fuller lost 7 of the 39th Ohio wounded, 1 of 18th Missouri wounded. Montgomery lost in the 43rd Ohio, 6 KIA, 8 wounded; Sixty-third Ohio, 9 wounded (3 since died). Total loss of Montgomery's brigade in the two days, 9 killed and 23 wounded; total, 32. An Confederate stand however would have been doomed ever since 5 o’clock that afternoon, when Giles Smith's division crossed over, and through their crossing cutting off any hope of reinforcements from Broxton's bridge. This Crossing was in between River's and Broxton's Bridge.