Big Rock Nature Preserve is a site outside of Charlotte, North Carolina that has been given the designation of a Historic Landmark by the Charlotte Historic Landmarks Commission-the only nature preserve to receive this designation. Based around the large rock formation called “Big Rock Rock Shelter”, the preserve is significant due to its historic and archaeological contributions, including the discovery of Native American artifacts. 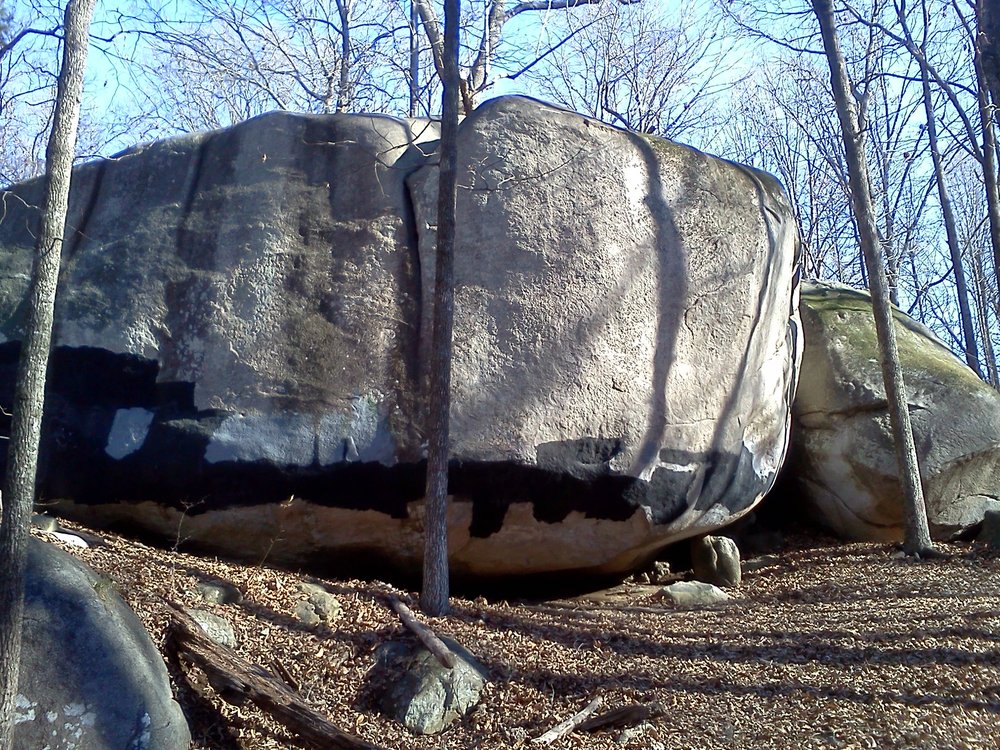 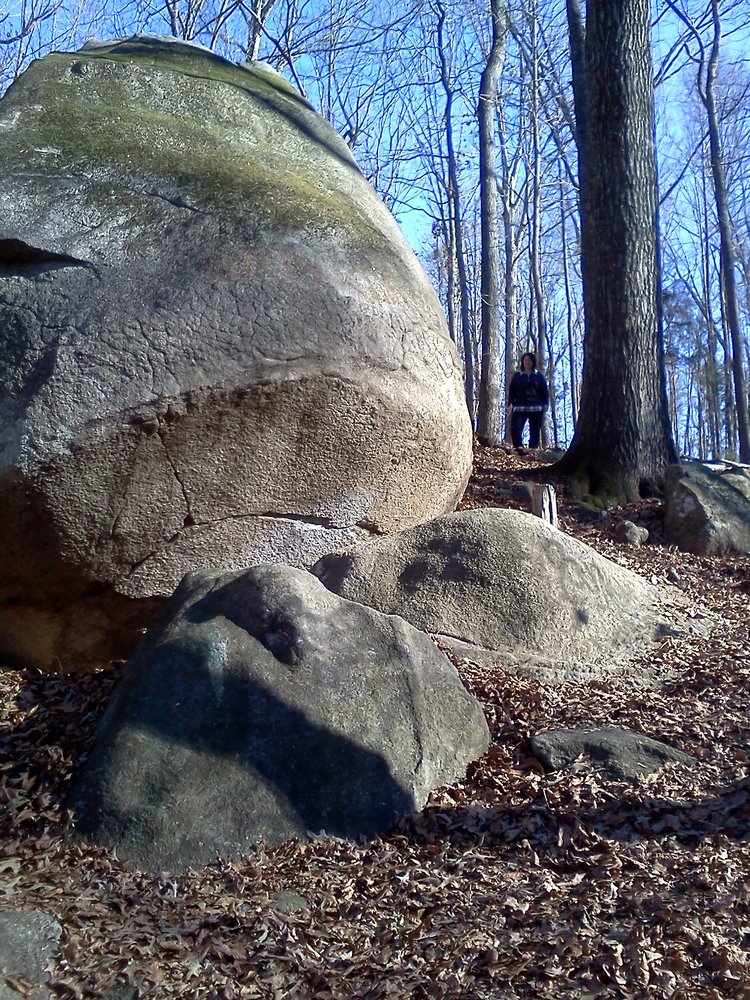 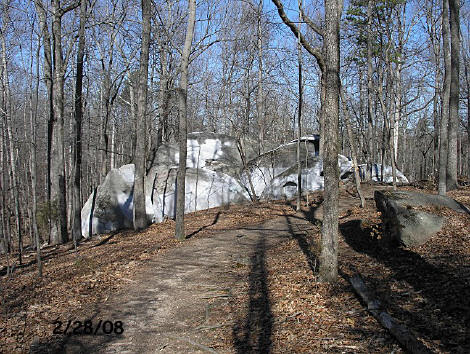 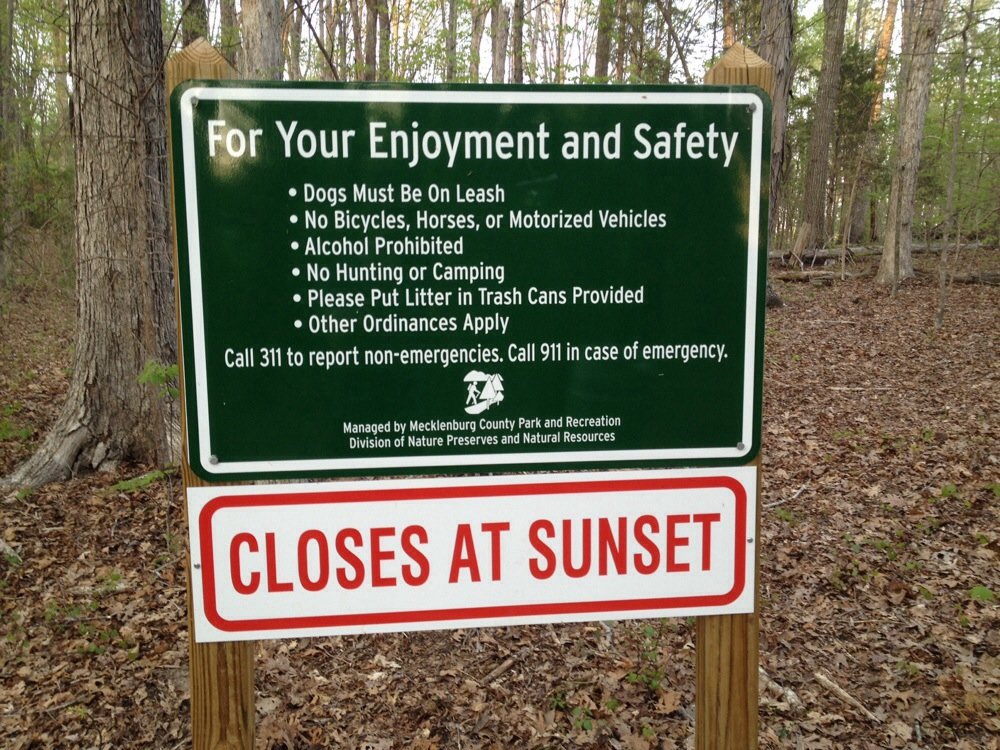 The land comprising Big Rock Nature Preserve is made up of an initial 14 acre parcel, which was purchased in 1994. Another 9 acres were added in 2006 for a total of 23 acres. The most notable component of the reserve are the large granite extrusions, called “big rocks”. Geographically, the site presents a unique feature. While large granite outcroppings are common in the Carolina states, Big Rock Rock Shelter is significant, as it is the largest known exposed boulders in the area. Additionally, the minimal ground disturbance creates an additional unique perspective adhering to its historical value and importance.

The basis for the historical designation is the archaeological evidence that has been uncovered at the site. Evidence of widespread and significantly dated Native American habitation at the site lead the Charlotte Historic Landmarks Commission to grant the site the historic landmark designation.

Prior to it’s historical designation, there was a good deal of interest in the area, particularly surrounding Big Rock Rock Shelter. In 1987 an archaeological investigation took place at Big Rock Rock Shelter. The study reveled that the Shelter and the surroundings contain Native American debris that date back nearly 7,000 years. Additionally, there is a significant number of both prehistoric and historic artifacts from more recent times.

The widely accepted theory explaining the extensive history of Native Americans presence at this site can be based on it’s natural geographic advantages. The rock itself has gained its name “Big Rock Rock Shelter”, as it offers a multilayer value. As the largest rock in the area, it’s top offers a widespread view of the surrounding area. Additionally, the base provides shade and shelter from the elements. A natural spring flows through the site, providing a nearby water source that has existed for centuries. These traits have attracted thousands of Native Americans to the site, over an extended period of history.

Artifacts fond on the site include “potsherds, sharp-edged waste material, a variety of stone and bone tools, animal bones, shells, plant remans, and a musket ball”. These artifacts lead researchers to believe that Big Rock Rock Shelter was a “campsite, rendezvous point, and observation post” for the Native American’s who inhabited the land. Since this study, there have been no significant alternations to the land.

Visitors are welcome to hike to the site and climb on the rocks. However, there are currently no amenities at the site, including bathrooms, parking, or attendants. Any existing trails have been established by residents or prior visitors. The park is marked by small signs, and street parking is recommended for easiest access.

Park is open sunrise to sunset.