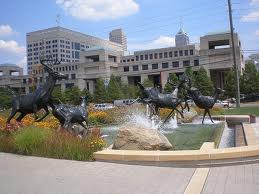 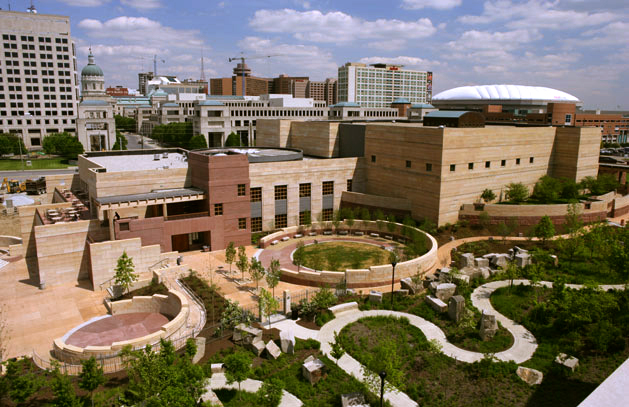 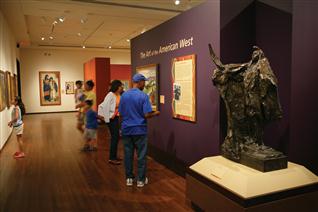 The Eiteljorg Museum of American Indians and Western Art first opened to the Indianapolis community in 1989. The birth of the museum, however, follows the life and atypical artistic passions of Harrison Eiteljorg.

Garnering a love for art early in his life, in part due to his mother’s involvement in painting and the local art scene, Eiteljorg would spend much of his early life traveling thousands of miles to attend exhibits and visit museums. In the 1940s, Eiteljorg traveled to the West on coal mining ventures, which brought him intimately close to Western and Native American art.

Throughout this continuous travel around the US, and especially the Southwest, Eiteljorg gave financial support to several young artists and began building a personal collection.

His appreciation for Western and Native American work is best described in his own words, "In these paintings," he said, "there is very little evidence of the violence which marked the settling of the West. But the Indians and their culture, the cattle drives, wagon trains and the other themes we associate with the Old West are represented."1

The Eiteljorg Museum of American Indians and Western Art retains its highly respected position on the national art scene for the sheer breadth and completeness of its collection. Spread throughout the museum, there are three distinct, yet interconnected, collections, including the Native American Collection, the Western Collection, and the Contemporary Collection.

Within the Native American Collection, which is located in the second floor galleries, visitors can discover everything from traditional objects, such as weaponry and basketry, to contemporary Hopi Katsina carvings and Inuit sculptures. The Western Collection, on the other hand, captures the spirit of aesthetic manifest destiny, and the collection holds a special focus on artworks by members of the Taos Society of Artists as well as works from early modernist artists.2

The Eiteljorg Museum of American Indians and Western Art is also involved with Indianapolis cultural events, such as the Indian Market and Festival, the Eiteljorg Contemporary Art Fellowship, and the Quest for the West Art Show and Sale.