Opened in 1986 and operating at this location since 1991, the Aerospace Museum at Hill Air Force Base allows visitors to see nearly 100 military aircraft up close, as well as missiles, bombs, ground vehicles and equipment, and a variety of other military artifacts, uniforms, and equipment.The museum also includes exhibits that tell the story of military aviation from the era of the Wright Brothers to the present. Exhibits also tell the story of the men and women of the Army Air Corps and the Women Airforce Service Pilots (WASPs) who served in World War II. Unlike many museums on or near military installations, visitors do not have to go through the main gate to visit this museum. 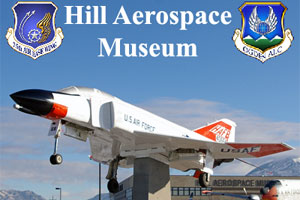