The Helena Museum of Phillips County is a historic building in Helena, Arkansas. The Museum is Helena’s oldest civic building, and it was added to the National Register of Historic Places in 1975. Today, the Museum today serves the community by displaying numerous artifacts of historical significance to the area.

A view of the Museum. 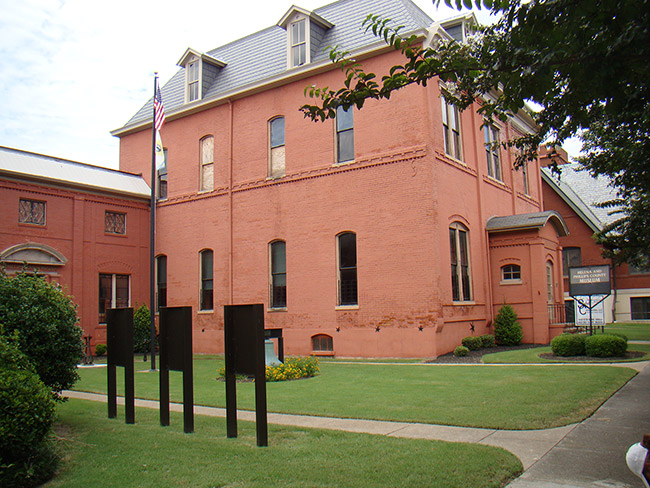 The Helena Museum of Phillips County initially began as simply the museum of the town of Helena. The town commissioned the construction of the library by the firm of Raenhart and Simon, and construction on the building was completed in 1891. Soon after its construction, it was thought that the library should be painted to reflect its Mediterranean style of architecture, and as a result, it was painted pink to reflect this. The building remained as just a library for years, but it began collecting local artifacts given by the citizens of Helena that were of historical significance to the town. As a result, the library continued to gain artifacts at such a rate that it was beginning to lose room to hold all of them.

Due to the lack of space for the artifacts, it was proposed that an additional museum building was to be added to the library. Construction began on the museum in the late 1920s, and it was completed in 1930. Since its opening, the museum has played host to numerous artifacts of relevance to Phillips County and the town of Helena, especially in relation to the Civil War. Artifacts of this sort include numerous Civil War uniforms, as well as two dioramas depicting the Battle of Helena. The Library and Museum were added to the National Register of Historic Places in 1975, and it is still collecting artifacts and entries to put on display today.