The Corinth Contraband Camp is the location where many runaway slaves found freedom and safety. The Corinth area was controlled by Union forces under the leadership of General Granville Dodge. When the runaway slaves would arrive at this location General Dodge started to make them teamsters, cooks, and workers. He also armed and used the male refugees to guard the new camp here.

This statue depicting a woman leaning on the monument is one of several large statues at the historic camp. 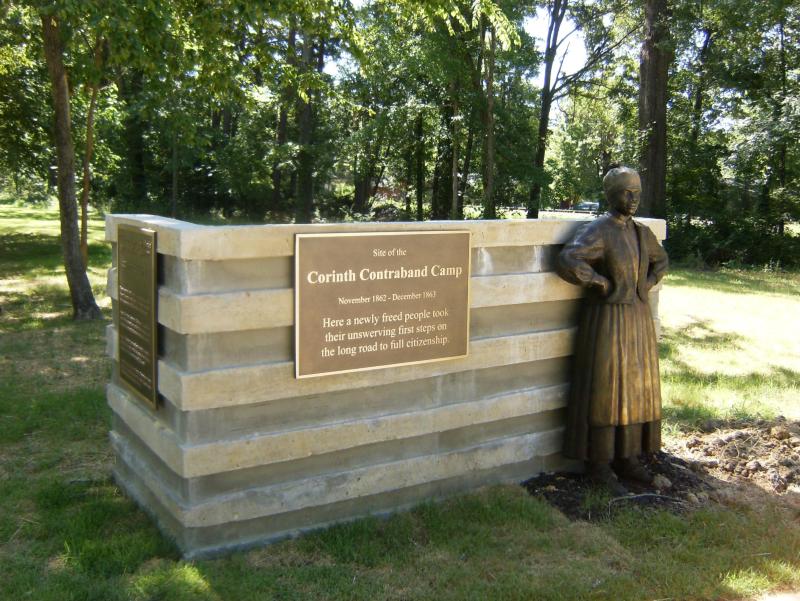 This statue depicts a woman helping a child read. 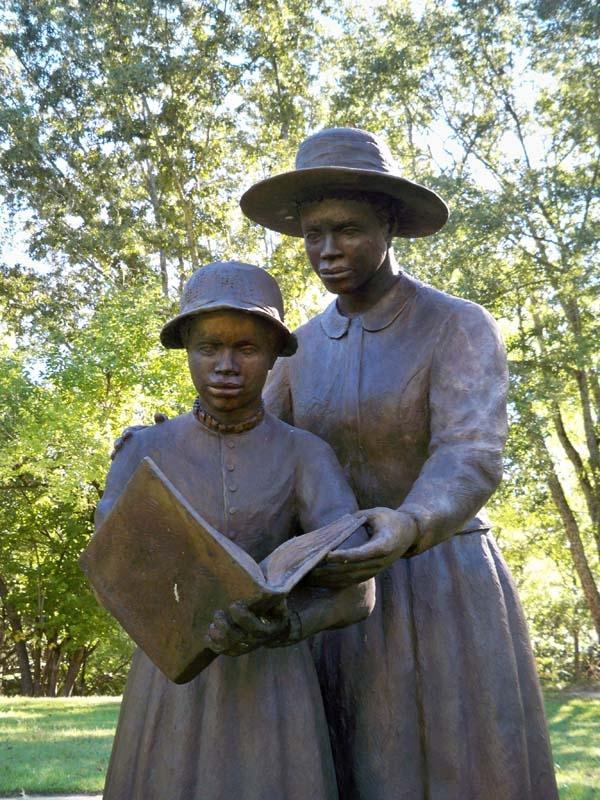 A chaplain hands a book to a young boy. 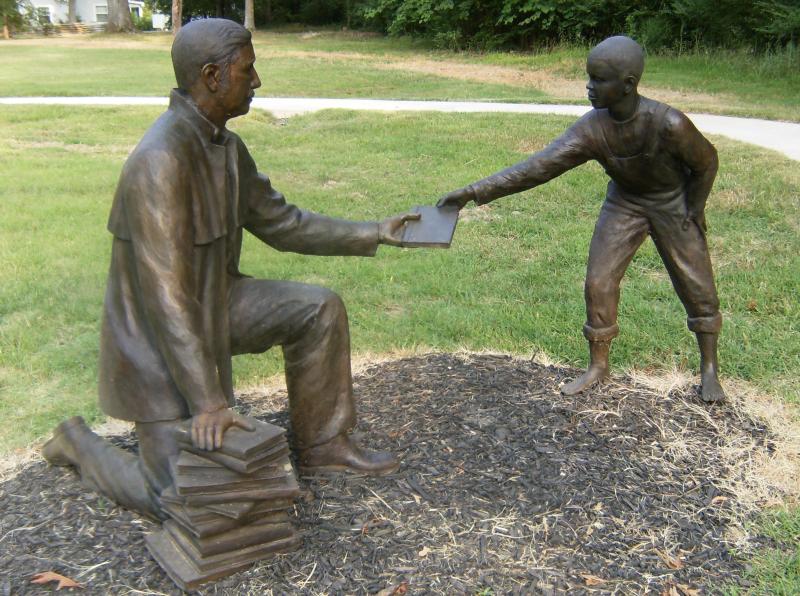 When Union forces gained control of several areas of the South, several slaves ran away from the farms and plantations to Union lines  to escape and find protection. After President Abraham Lincoln’s Preliminary Emancipation Proclamation was declared in September 1862 the number of runaway slaves escaping to Union controlled Corinth rose noticeably. The camp provided homes, a church, a school, and a hospital for the escaped slaves. The runaways grew and sold cotton and vegetables in what was an advanced collective farm program.

In May of 1863 it was discovered that the camp was gaining $4,000 to $5,000 from this economic strategy. In August, more than 1,000 African American kids and adults learned how to read thanks to the help of many charitable organizations. Even though the camp had a slow start, it soon turned into a model camp. It gave around 6,000 former slaves the opportunity to create their own independent identities.

When the Emancipation Proclamation was passed, close to 2,000 of the former male slaves at the camp got their first chance to defend themselves and created a new regiment in the Union army. Because the majority of the men were from Alabama, the regiment was called the 1st Alabama Infantry Regiment of African Descent. This regiment was later called the 55th United States Colored Troops. In December 1863, the Corinth Contraband Camp was transferred to Memphis and the former slaves lived in a more typical refugee facility for the rest of the war. This camp was a pioneer on the road to freedom and the long fight for equality for several newly freed people. Presently part of the historic Corinth Contraband Camp has been maintained to remember the people who started their quest to freedom at the camp between 1862 and 1863. This area now has a quarter mile trail that displays 6 life-size bronze statues that represent the men, women, and children who lived at the camp.